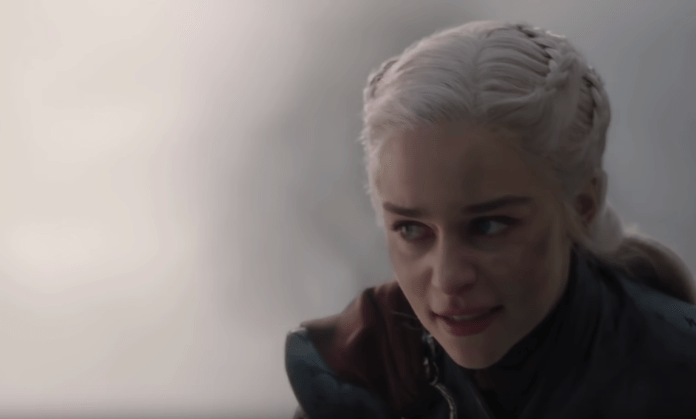 The penultimate episode of Game of Thrones’ final season is out, and it’s a grand, ugly mess.

The head-on (perhaps symmetric) battle that fans were expecting after the fourth episode’s ominous end was nowhere to be seen. Instead, viewers were delivered a deeply disturbing, one-sided mass slaughter. As if that wasn’t enough, the meticulously-built legacy of one of the show’s most endearing characters came crashing down in a single and unjustified fit of rage.

Sure, in Westerosi context, that is not wholly out of place and in fact, could even be seen as integral to the grand plot. What is, however, completely preposterous is the abrupt and hasty breakdown of Daenerys Targaryen, a layered character with a chequered past.

In fact, the fifth episode completes the undoing of Dany’s poignant, larger than life story, which fell on it’s knees with the revelation of Jon Snow’s Targaryen heritage. As if the patriarchal denial wasn’t enough, she now suddenly shifts gears from a benevolent, rational monarch to a heartless, unflinching war criminal. Creative imaginations aside, that is simply tragic, given the great investments that have gone into building her character.

What we see in Episode 5 is pure unsettling, even revolting. Despite a straight-out surrender by Cersei Lannister, we see the grief-stricken Dragon Mother, mounted atop her fire-breathing child, go on a deadly rampage across the city. She is still raw about the deaths of Missandei and Ser Jorah Mormont. And she intends, it seems, to spare no one – not even women, children and the old, not even her own forces marching through the streets of King’s Landing. It’s sheer carnage.

What is really disturbing is the fact that Dany embarks on her murdering spree despite securing a clear strategic victory. Drogon fries the hell out of Cersei’s Scorpion air defence ring (which, by the way, quite comfortably plucked a full-grown dragon out of the sky last time), Lannister and Golden Company forces lay down arms, and the city bell tolls, marking a formal surrender by Cersei.

Dany literally had no strategic imperative to carpet bomb King’s Landing. She had already gotten “what belongs to her by blood and fire”. Yet, she did what she did.

The descension is deeply unnerving and even, nihilistic. Worse, we don’t even see Dany’s face up close during her deadly frenzy – she and Drogon become a single killer unit, a soulless monolith, mirroring the writers’ disempowering perception of her character.

Can it be justified somehow? Dany was seething with rage, after all. “Its not business, its personal”, reads a sub-title in the episode’s ‘behind the scenes’ programme. Her most trusted aides were gone, and another bunch of people she was close to betrayed her. To top it all, her claim to the Iron Throne now stands null and void. The frustration is legitimate.

But, a leader who exacts personal vengeance on innocents and encashes her vulnerability in blood is no leader at all, but a downright tyrant. To get even with Cersei, Dany only had to direct Drogon’s fire at the Red Keep and sizzle it up, much like a precision airstrike. The mass destruction was squarely unwarranted.

If anything, the act only reduces Dany to the old Targaryen archetype, something that many fans actually foreshadowed. Classic Mad King stuff.

Thing is, Dany could’ve been different. By all means, she was even meant to. Her stature lay in her mercy. She herself iterates it in the fifth episode when Tyrion pleads her to spare the innocent and stand down when Cersei surrenders. But, ultimately, it is subsuming rage that unravels her complex character, baring a mindless, merciless Targaryen.

Most of all, the arbitrary, criminal violence is an affront to the political agency that the show writers had so far accorded to Dany (until, of course, she learns that Jon is the real heir to the Iron Throne). Her destructive rage only caters to an entrenched stereotype of a woman so wrathful that she can burn it all down, perhaps in a random hormonal surge, without thinking about the consequences. It almost justifies Varys’ silent betrayal and presents a strong rationale to deny Dany the Iron Throne.

There is no doubt that Dany, a resolute character who has seen the worst but waded through it all, deserved a better treatment from the makers of GoT. While the finale episode might reverse some of her degeneration, there is really little that it can do to restore the intricate legacy of the Dragon Mother.

Angshuman Choudhury is a New Delhi-based policy and strategic analyst, currently working with the Institute of Peace and Conflict Studies. He tweets @angshuman_ch.