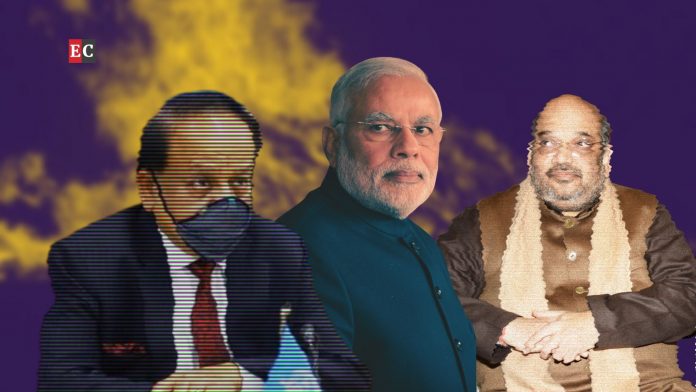 In November 1956, when Lal Bahadur Shastri, then Union Railway Minister of India in the cabinet of Prime Minister Jawaharlal Nehru, tendered his resignation after a major railway accident in Tamil Nadu’s Ariyalur killed 144 people, he was setting a precedent that would be followed for many decades after. Incidentally, this was his second resignation. The first one, submitted by Shastri after another railway disaster in Andhra Pradesh’s Mahbubnagar that killed 112 people just a few months earlier, was turned down by Nehru.

In February 1958, Finance Minister of India, TT Krishnamachari, submitted his resignation due to a financial scam at the Life Insurance Corporation (LIC). It is said that the resignation was forced. But what forced the hands of a Prime Minister who commanded 371 of the 494 seats in the Parliament? We will come to that later.

An interesting fact about the hearings of Chagla commission that investigated the scam was that they were made in public with loudspeakers arranged for the crowd that had gathered. However, these were neither the first nor the most talked about resignation of that era.

That recognition goes to Dr BR Ambedkar, who resigned as the Union Law Minister in 1951 after the Parliament stalled his Hindu Code Bill. The bill would have introduced gender equality in the laws of inheritance and marriage. So passionately did Ambedkar feel about the cause that he enshrined his difference of opinion in the annals of history with independent India’s first ministerial resignation.

In the world’s oldest democracy, the United States, public office and accountability are inseparable. While the most famous resignation was that of President Richard Nixon’s after the Watergate Scandal in 1974, one of the first happened in 1800 when the Chief Justice, Oliver Ellsworth, resigned due to illness and unpopularity. In the United Kingdom, resignations of Prime Ministers Neville Chamberlain and Winston Churchill are the most notable.

Even if we talk about just the most outstanding instances of resignations from public office, it will be the size of a modest book. Public office and resignations have long gone hand in hand. The reason may differ – ill health, difference of opinion, corruption, impropriety in personal life, unpopularity, a sign of protest, accidents or disasters – but resigning is the most agreed-upon way of exit when a leader can no longer fulfill the demands of the office.

‘With great power comes great responsibility,’ goes the idiom. One adorns the chair only so long as they have the voters’ confidence. What resignations tell us is that elections are not the only way to measure that confidence. It is considered lost when those vested in one’s position lose faith in their abilities. Being voted in is just the first step to office, and not a carte blanche to remain in that office. To de-link the chair and the faith that bearer must command is a sure sign of despotism.

In any sort of calamity, both responsibilities and expectations from the public office rise. Most recently, Jordan’s Health Minister, Nathir Obeidat, resigned after six patients died in a hospital due to lack of oxygen. Resignations, though often deemed so, are never just an acceptance of failure. As much as the individual, they are also signals given by the government in power – that authorities are not unquestionable, that they have not risen above public opinion, that they are not immune to the moral and ethical underpinnings of a public office.

What is remarkable about the current era of Prime Minister Narendra Modi in India is the complete absence of resignations. Is it a co-incidence or part of a strategy? In either case, it needs deeper analysis.

It is interesting that both at the central and state levels, no matter how much the outrage, lawmakers from the ruling Bharatiya Janata Party (BJP) have been strangely immune to this political practice. The only thing the party has achieved is effectively shattering the link between public office and accountability. While one can question the authority, the response is not assured as it was before.

Moreover, it is the very act of questioning that is now put under the state’s threatening gaze. This is reflected in bringing in dubious legislations, such as electoral bonds, diluting the Right To Information (RTI) laws, and cracking down on peaceful public protests. Seen against this background, the lack of resignations is not an aberrance, but the design. It says that public authority is neither questionable nor accountable.

The current state of the COVID-19 pandemic in India is nothing less than a historic failure. But the Union Health Minister, Harsh Vardhan, is known not for his show of guilt or empathy, but for his aggressive propagation of alternative medicine and selective data. Whether this petty holding down of office is an individual decision or a collective one is out there for all to see.

Acts of resignations are acceptances of lapses and are recorded in history for all those who come later to see. The Modi government believes it can change how history looks at it by erasing such markers. This is also the reason why we see so much effort being put into fudging data, threatening media and putting out a less threatening version of the reality through official records.

Resignations are a very public acceptance that something has gone wrong, that someone is responsible, that something is being done to rectify the ailment. Earlier, I had asked what forced the hands of a Prme Minister who commanded 371 of the 494 seats in the Parliament? The answer is – propriety, a sense of accountability, and a healthy respect for the democratic process and the voters.

But it almost seems like in today’s India under Prime Minister Modi, nothing can ever go wrong and no one will ever be held responsible. The only ailment there is can be glossed over with a creatively-designed poster. In refusing to accept individual failures, what the current regime has highlighted is our collective failure as a democracy.

works in the agritech domain. He has a keen interest in food, fiction and politics. He blogs at The Young Bigmouth and tweets at @dyoungbigmouth.