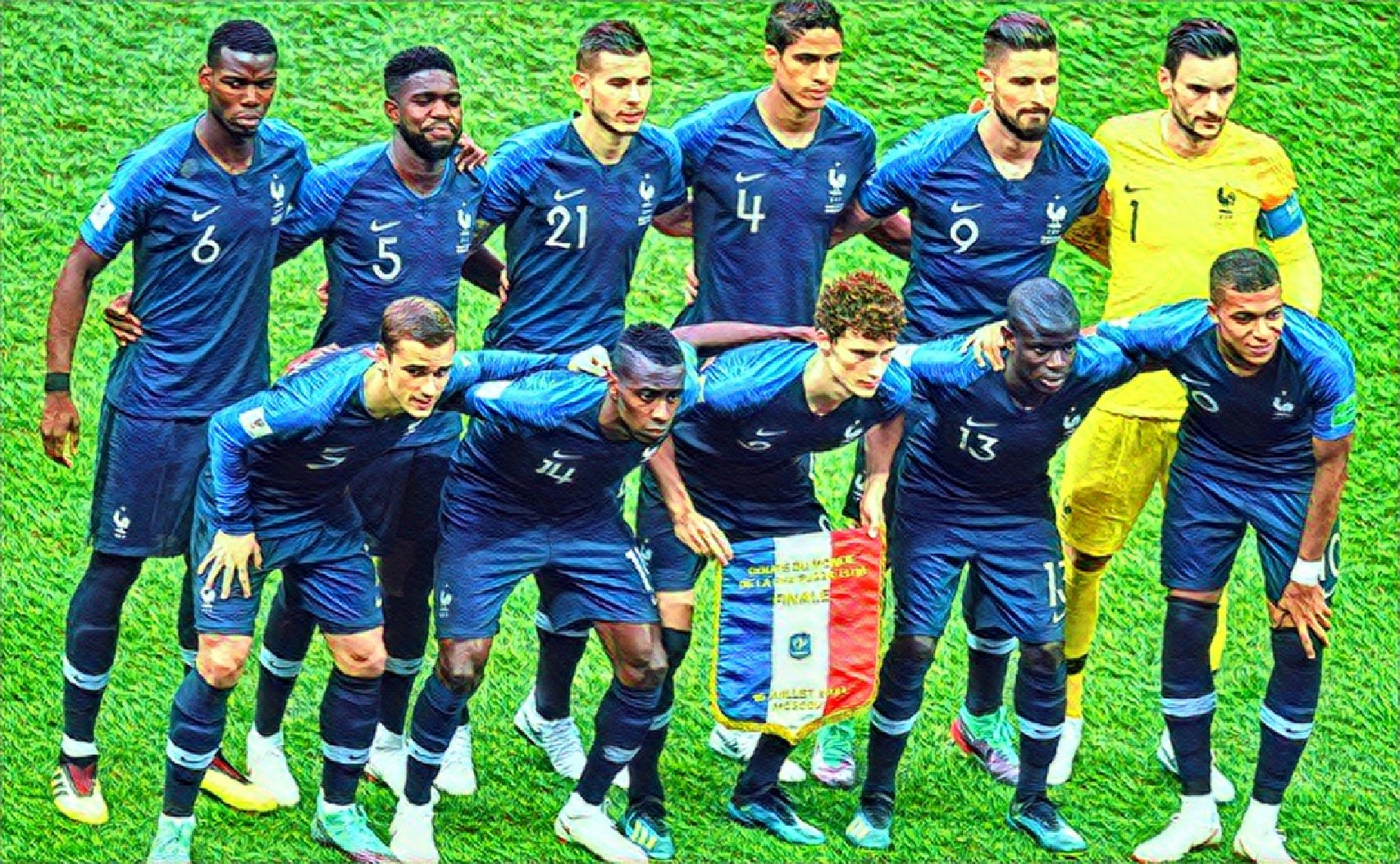 The French football team has won the 2018 World Cup, 20 years after it triumphed on home soil in 1998. “Les Bleus”, as they’re called, are back in the nation’s good books, celebrated for their excellent performance in this year’s tournament, right through the 4-2 win over Croatia in the final. Out of the limelight and the glare of success in Russia 2018, however, a question continues to dog French football – the role of race and class in the selection of national players.

On the surface, this may seem strange with the attention given to the multicultural harmony of the 1998 World Cup-winning team. The straight-talking former captain of the French national team, Zinedine Zidane, recently said of his country’s 1998 win:

It was not about religion, the colour of your skin, we didn’t care about that, we were just together and enjoyed the moment.

This echoed the sentiment of the times, that a multicultural team of united “black, blanc, beur” (black, white or Arab) players had united under the cause of the French national team to lift the World Cup for the first time. Triumph, on the football field, demonstrated that integration had been successful in France and anyone could reach the top of French society.

Zidane, the star of France’s 1998 World Cup-winning team, was born to Berber Algerian parents. He grew up in Marseille’s infamous “La Castellane” estate, seen as one of the toughest estates in one of France’s toughest cities. Two decades later, Kylian Mbappé – a 19-year-old of Cameroonian and Algerian heritage – who grew up in the Bondy suburbs of Paris, is the star of the French team.

Some commentators have discussed the 2018 success of Les Bleus as a return to the joys of “black, blanc, beur” multicultural national celebration, acceptance and celebration of ethnic diversity. Yet others have been critical of the way politics, integration and football have been mixed together again.

Zidane and Mbappé bookend a couple of decades where the ethnic make-up of the national team has come under fierce scrutiny, often taking worringly racist forms.

Questions about the French team’s ethnic credentials were present even before their 1998 victory against Brazil. The far-right leader of the Front National (FN), Jean-Marie Le Pen argued that some the team were “foreigners” who didn’t know how to sing the national anthem. When Le Pen made it to the second round of the presidential election in 2002, some of the world cup-winning footballers, including the captain, Marcel Desailly, campaigned hard against him.

Some commentators have discussed the 2018 success of Les Bleus as a return to the joys of “black, blanc, beur” multicultural national celebration

In 2010, the French team crashed out of the World Cup in South Africa at the group stage, winning no games. Behind the scenes, the manager Raymond Domenech had terrible relations with the players, obscenities were screamed and the captain Patrice Evra had an on-field bust up with the fitness coach, Robert Duverne. Rather than question the incompetence of these two white coaches in managing the national side, blame fell quickly on the players, whose commitment to the French team was questioned.

The criticism went further than the usual rumblings about spoilt and overpaid players, taking on a distinctly sinister and racial tone when the philosopher Alain Finkielkraut called the team a “gang of thieves with mafia morals”. While this referred to the footballers by their presumed class backgrounds as children of France’s crime-ridden, suburban housing estates, some pointed to a racial undertone as these estates are also synonymous with black and Arab youths.

Marine Le Pen, the new leader of the FN party – since then renamed Rassemblement National – waded into the fray arguing that the problem with the national team was down to them having “another nationality in their hearts”.

In the years since, there have been other accusations that France operated a “quota” to limit the number of black and Arab players in the national team. In part, this was justified as a means to limit the number of bi-national players trained by the French youth team, who may choose to play for a country other than France. However, transcripts which formed part of an investigation found the rationale also extended to racial stereotypes that white players were more “cerebral” and “team orientated” than their “fast and strong” African and Arab counterparts.

The official reason for Benzema’s continued absence is “sporting choices”, but former French international Samir Nasri went on record in 2017 to say that the reason may have a more racist rationale.

Notable by his absence in this world cup is Karim Benzema, an international star with Real Madrid who has been continually left out of the squad, for what he has called “racist” reasons. Benzema was suspended from the national team in 2015 due to a criminal investigation into an alleged blackmail case – which remains ongoing – and he was again omitted from the 2018 squad. The official reason for his continued absence is “sporting choices”, but former French international Samir Nasri went on record in 2017 to say that the reason may have a more racist rationale.

The aftermath of the 2010 debacle demonstrated that even for those who do make it to the top of French football, when times are hard it is they who are viewed first and foremost with suspicion due to their minority ethnic and working class backgrounds from les banlieues (suburbs). These areas continue to have massive structural problems that disadvantage those of minority and low-income backgrounds.

In the 20 years since Zidane lifted the World Cup, little has changed in the estate outside of Marseille where he grew up. Like other estates in France that house significant numbers of those of foreign ethnic origin, La Castellane continues to be gripped by violence and the all-too lucrative drugs trade, which periodic raids do little to disrupt.

The achievements of 1998 and 2018 demonstrate that players such as Zidane and Mbappé from ethnic minority backgrounds can rise to the top of French society.

The achievements of 1998 and 2018 demonstrate that players such as Zidane and Mbappé from ethnic minority backgrounds can rise to the top of French society. Some players transcend football, taking up bigger political causes, such as the French 1998-world cup winning defender Lillian Thuram who has worked against discrimination in France. He even turned down a position in the government of Nicolas Sarkozy because of differences with the president over his stance on social issues and because Sarkozy called the rioters of 2005 “scum” when he was interior minister.

Yet while the current team is riding high on a wave of the resurrection of “black-blanc-beur” success, French football, like French society, remains marred by complex forms of racial discrimination.