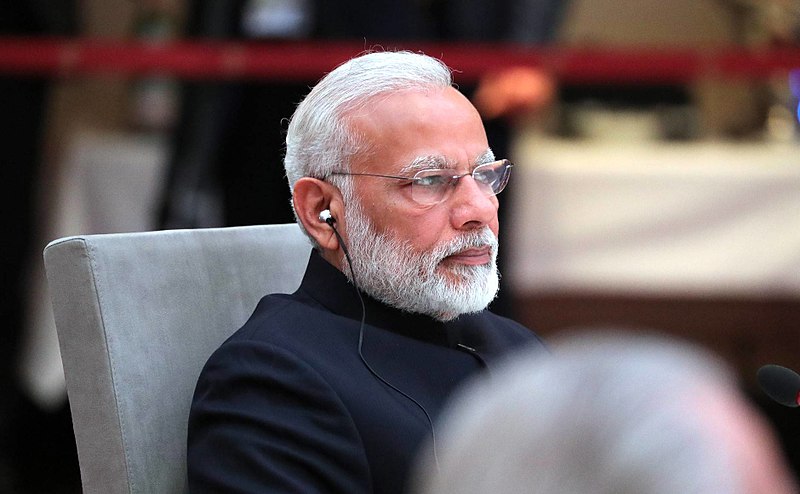 As India woke up to a historic kind of liberation on 6 September when the Supreme Court read down the Indian Penal Code’s Section 377, the world took notice. After all, the country’s LGBTQIA community (and its allies) had finally vindicated itself before the law.

Sanitising the country’s criminal code off its dastardly, colonial-era provision that penalised same-sex sexual acts was not just a much-awaited reversal of institutional gender injustice, but also an exemplary act of decolonisation.

Supreme Court says #Section377 has been partially struck down.

But, while a host of stakeholders, media houses (domestic and international), and political actors flocked to celebrate this epochal moment, India’s own Prime Minister had one thing to say: nothing.

A routine quip that ardent backers of Prime Minister Narendra Modi (and his government) hurl every time a demand for a statement on a certain issue comes up is “Why must the PM speak on every little issue?”

Clearly, the reading down of Section 377 a “little issue” too.

It surely does not deserve a single statement from the otherwise ‘round-the-clock’ Prime Minister, much like his high-spirited celebration after the apex court’s banning of the ‘Triple Talaq’ practice when he noted that Muslim women have now “found a way to free themselves (from the practice).”

Judgment of the Hon'ble SC on Triple Talaq is historic. It grants equality to Muslim women and is a powerful measure for women empowerment.

The stark difference in the responses only highlights one thing: for Narendra Modi, gender justice and liberation cannot be universal. They are heavily contingent on who is being liberated and from whom. Those variables seemingly decide the gravity of affirmative action and social justice.

By now, it is blatantly clear that the Prime Minister’s (non) response is only an extrapolation of the ruling party’s broader ecosystem of silence.

While other mainstream parties like the Trinamool Congress and Bahujan Samaj Party too have refrained from making a comment on the 6 September ruling, the Bharatiya Janata Party has either been consistently silent on the issue of homosexuality (including during the recent hearings) or projected a position that is directly antithetical to the verdict, notwithstanding a few individual positions or as they say “personal beliefs.”

For example, in 2013, the then BJP President, Rajnath Singh, had remarked during an interview to The Telegraph:

“We support Section 377 because we believe that homosexuality is an unnatural act that cannot be supported.”

That was literally the last time anyone from the party made a direct comment on this controversial legal provision. In 2015, however, the Union Finance Minister, Arun Jaitley argued that “it is too late in the day to propound a view that [homosexuals] should be jailed” when “millions of people world over are having alternative sexual preferences.”

What about the Rashtriya Swayamsevak Sangh (RSS), the BJP’s ideological fountainhead, then?

Once again, we are led to believe that the Sangh cares very much about gender justice, case-in-point its succinct praise of the Supreme Court after the Triple Talaq verdict: “SC has freed these women from torture and injustice.”

But, arguably so, they have been shrewdly tactful on 377, which is surely made easier by the absence of overt political commitments on their part. Have they finally become more accommodative of gender minorities then? Not really.

On 11 July, RSS loyalist and lawyer, Raghav Awasthi, wrote an article in ThePrint.in titled ‘RSS has changed its position on homosexuality. Can Islamic clerics do the same?’

For a moment, it seemed like the Sangh has finally come out of the closet. A closer look, however, upends this belief. Click on the primary source link of Awasthi’s article (right on top, in the first para of the piece) and you’ll be directed to a Tweet from March 2016 by RSS office bearer Dattatreya Hosabale. He said:

“Homosexuality is not a crime, but socially immoral act in our society. No need to punish, but to be treated as a psychological case.”

RSS repeated the same sermon after the 6 September verdict.

"Homosexuality not a crime, but it's not natural": RSS on verdict https://t.co/nnME1DLMjQ#Section377 #377Verdict pic.twitter.com/pG4zsfPbce

If this is the ‘change in position’ that Awasthi is flaunting to demand a statement from Islamic clerics, then lord save the changemakers! From outright rejection to sympathetic acceptance – RSS’ trajectory of social acceptance remains bizarre as ever. Yet, their’s is a crafty and comfy position – it coheres with the September 6 decriminalisation verdict while maintaining the perceived immorality.

But, for the BJP, which is in an elected position of power unlike the RSS, any formal reference to homosexuality being a “psychological disorder” could spell doom. Hence, the radio silence, aimed at keeping the house in order.

But, who are they even kidding?

If the Prime Minister and his party believe that they can skip over murky puddles by remaining silent, they might want to note that ‘no position’ on a critical issue is a position too. In silence, lies a thousand words. We already know what top BJP leaders think of homosexual relationships (big thanks to Mr Subramanian Swamy and Rajnath Singh for existing). We also know how the party’s ideological mothership deals with the issue. In such a situation, it doesn’t take an Einstein’s mind to do the basic math.

Let’s cut through the chase and call a spade a spade: the BJP and Narendra Modi do not have favourable impressions of homosexual relationships. Unless there are clear statements or Tweets asserting otherwise, this is what their collective silence will stand for.

Angshuman Choudhury is a New Delhi-based policy analyst, current coordinating the Southeast Asia Research Programme at the Institute of Peace and Conflict Studies.

The views are the author’s own.

Featured image: Prime Minister of India Narendra Modi at an informal meeting of heads of state and government of the BRICS countries | kremlin.ru, Wikimedia Commons