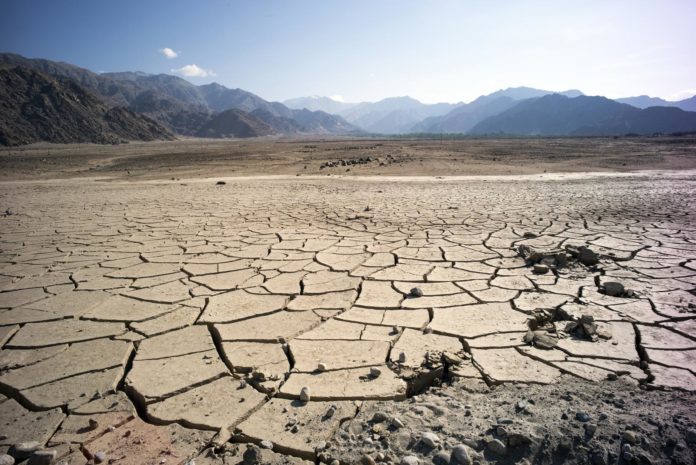 There are major benefits to limiting global warming to 1.5 degrees Celsius above the preindustrial level, but doing so will need “rapid, far reaching and unprecedented changes in all aspects of society,” says the Intergovernmental Panel on Climate Change (IPCC).

This will need annual average investment needs in the energy system of around USD 2.4 trillion (at 2010 prices) between 2016 and 2035, representing about 2.5% of the world GDP. The cost of inaction and delay will be many times more.

In December 2015, governments from around the world pledged in the Paris Agreement to limit warming to two degrees Celsius, with the aspiration goal of a 1.5-degree limit. At that time, governments asked the IPCC – the world’s premium collective of experts on the subject – to say what would be needed to stick to the 1.5 limit.

This was the report the IPCC released on October 8, after a weeklong fracas that saw the US administration under Donald Trump attacking the findings of 97% of the world’s scientists. Oil-export-dependent Saudi Arabia followed the US. Trump has already announced that the US will withdraw from the Paris Agreement, and last week his bureaucrats tried their best to water down the report’s summary for policymakers. By and large, they failed. The battle now shifts to Poland, which is hosting the next UN climate summit this December. See: Trump’s men wage war on climate reality

The IPCC’s 1,5 ºC report is a clarion call to maintain the strongest commitment to the #ParisAgreement’s goals, at the @UN Climate Change conference #COP24 in Poland and beyond. https://t.co/rkUivlh9gr #GlobalGoals @IPCC_CH pic.twitter.com/dILE5oSpoZ

Other countries have not stepped up to the plate either. The IPCC report calculates that current national pledges made under the Paris Agreement will “result in a global warming of about 3°C by 2100, with warming continuing afterwards. Avoiding overshoot and reliance on future large-scale deployment of carbon dioxide removal can only be achieved if global CO2 (carbon dioxide) emissions start to decline well before 2030.”

“One of the key messages that comes out very strongly from this report is that we are already seeing the consequences of 1°C of global warming through more extreme weather, rising sea levels and diminishing Arctic sea ice, among other changes,”

said Panmao Zhai, Co-Chair of IPCC Working Group I, which assesses the physical science basis of climate change. Zhai heads the Chinese Meteorological Society and is associated with the Chinese Academy of Meteorological Sciences, Nanjing and Lanzhou universities.

But it’s not all doom and gloom if warming can be limited to 1.5 degrees. By 2100, global sea level rise would be 10 cm lower with warming of 1.5°C compared to 2°C. The likelihood of an Arctic Ocean free of sea ice in summer would be once per century, compared to at least once per decade with 2°C. Coral reefs would still decline by 70-90%, but they would decline by over 99% if temperature rise reached two degrees Celsius.

“Every extra bit of warming matters, especially since warming of 1.5°C or higher increases the risk associated with long-lasting or irreversible changes, such as the loss of some ecosystems,”

One of the Co-Chairs of #IPCC's Working Group II, Debra Roberts, on the Special Report on Global Warming of 1.5°C #sr15#ipcc30 #climatechange #globalgoals pic.twitter.com/JBckAzpr3m

Limiting warming to 1.5°C would require “rapid and far-reaching” transitions in land, energy, industry, buildings, transport, and cities, says the IPCC. Global net human-caused emissions of CO2 would need to fall by about 45% from 2010 levels by 2030, reaching ‘net zero’ around 2050. This means that any remaining emissions would need to be balanced by removing CO2 from the air.

If temperature rise overshoots 1.5°C even temporarily, the world will be more dependent on techniques that remove CO2 from the air to return to a 1.5°C ceiling by 2100. The effectiveness of such techniques are unproven at large scale, and some may carry significant risks for sustainable development, the report notes.

said Priyadarshi Shukla, Co-Chair of IPCC Working Group III, which deals with the mitigation of climate change. Shukla teaches at the Indian Institute of Management Ahmedabad and at Stanford University.

The IPCC says global warming is likely to reach 1.5°C between 2030 and 2052 if it continues to increase at the current rate. Estimated human-caused warming is currently increasing at 0.2°C per decade due to past and on-going emissions of greenhouse gases, mainly carbon dioxide.

Past emissions alone are unlikely to warm the earth by 1.5°C, so there is hope if the world acts. There are two ways the world can reach the 1.5-degree ceiling by 2100 – by first overshooting it and then moving back, or by keeping within the ceiling. The IPCC warns of larger risks with the first option. “Some impacts may be long-lasting or irreversible, such as the loss of some ecosystems.”

By 2100, global mean sea level rise may be around 0.1 metre lower with a rise of 1.5°C compared to 2°C. Sea level will continue to rise well beyond 2100; the magnitude and rate of this rise depends on future emission pathways. Marine ice sheet instability in Antarctica and irreversible loss of the Greenland ice sheet could result in multi-metre rise in sea level over hundreds to thousands of years. These instabilities could be triggered around 1.5°C to 2°C of global warming.

On land, the number of hot days is projected to increase in most regions, with highest increases in the tropics, even if the temperature rise is kept within 1.5 degrees.

Even within the 1.5-degree ceiling, disadvantaged and vulnerable populations, some indigenous peoples, and local communities dependent on agricultural or coastal livelihoods are at higher risk. Regions at disproportionately higher risk include Arctic ecosystems, dry land regions, small-island developing states and least developed countries. But sticking to the limit could reduce the number of people both exposed to climate-related risks and susceptible to poverty by up to several hundred million by 2050.

Limiting warming to 1.5°C, compared with 2°C, will mean smaller yield losses in maize, rice, wheat, and potentially other cereal crops, particularly in sub-Saharan Africa, Southeast Asia, and Central and South America. The effect on the nutritional quality of rice and wheat will be the same.

Depending on future socioeconomic conditions, limiting global warming to 1.5°C, compared with 2°C, may reduce the proportion of the world population exposed to more water stress by up to 50%, although there is considerable variability between regions. Many small island developing states will experience lower water stress as a result of projected changes in aridity when global warming is limited to 1.5°C.

Exposure to multiple and compound climate-related risks increases above that level, with greater proportions of people susceptible to poverty in Africa and Asia. Risks across energy, food and water sectors could overlap in space and time, creating new and worsening current hazards, exposures, and vulnerabilities that could affect increasing numbers of people and regions, warns the IPCC.

There will be less impact on biodiversity and ecosystems too. Of 105,000 species studied, 9.6% of insects, 8% of plants and 4% of vertebrates are projected to lose over half of their geographic range at 1.5°C, compared with 18% of insects, 16% of plants and 8% of vertebrates at 2°C. Impacts associated with other biodiversity-related risks such as forest fires, and the spread of invasive species, are lower at 1.5°C compared to 2°C of global warming.

The lower limit will also rein in ocean temperature rise, increase in ocean acidity and decrease in ocean oxygen levels. That will reduce risks to marine biodiversity, fisheries, and ecosystems, and their functions and services to humans, as shown by recent changes to Arctic sea ice and warm water coral reef ecosystems.

The experts have modelled various pathways to stick to the 1.5 ceiling. If it is not to be overshot, or overshot only by a limited extent, global net CO2 emissions by humans have to decline by about 45% from 2010 levels by 2030, reaching net zero around 2050. In contrast, for limiting global warming to below 2°C, CO2 emissions are projected to decline by about 20% by 2030 in most pathways and reach net zero around 2075.

These 1.5°C pathways also need deep cuts in emissions of methane and black carbon (35% or more of both by 2050 relative to 2010) and reduction in most cooling aerosols, all powerful greenhouse gases. The IPCC says “Non-CO2 emissions can be reduced as a result of broad mitigation measures in the energy sector. In addition, targeted non-CO2 mitigation measures can reduce nitrous oxide and methane from agriculture, methane from the waste sector, some sources of black carbon, and hydrofluorocarbons.”

These pathways can be followed through different mitigation strategies, but all use carbon dioxide removal from the atmosphere to varying amounts, plus Bioenergy with Carbon Capture and Storage (BECCS) and removals in the Agriculture, Forestry and Other Land Use (AFOLU) sector, the IPCC says. What it does not say is that Carbon Capture and Storage remains a commercially unviable technology.

As expected, pathways that stick to the lower limit show more rapid and pronounced system changes over the next two decades. Renewables are projected to supply 70–85% of electricity in 2050. Shares of nuclear and fossil fuels with CCS are modelled to increase, allowing natural gas to generate about 8% of global electricity in 2050.

In these pathways, the use of coal falls almost to zero by 2050. This is bound to worry Indian policymakers, who are still talking about getting 45% of the country’s electricity from coal around the middle of the century.

In these pathways, CO2 emissions from industry are projected to be about 75–90% lower in 2050 relative to 2010. The IPCC says this can be achieved through combinations of new and existing technologies and practices, including electrification, hydrogen, sustainable bio-based feedstock, product substitution, and carbon capture, utilisation and storage. In industry, emissions reductions by energy and process efficiency by themselves are insufficient for limiting warming to 1.5°C with no or limited overshoot, the experts warn.

These pathways would also need changes in land and urban planning practices, as well as deep emissions reductions in transport and buildings. In the transport sector, the share of low-emission final energy would rise from less than 5% in 2020 to about 35–65% in 2050.

One big problem with the IPCC pathways is that they project moving large tracts of land from raising food crops and livestock to raising biofuels. The experts are aware of the problem, and say,

“Mitigation options limiting the demand for land include sustainable intensification of land use practices, ecosystem restoration and changes towards less resource-intensive diets.”

The report refers to the many advantages of adaptation to climate change impacts.

“Adaptation options that reduce the vulnerability of human and natural systems have many synergies with sustainable development, if well managed, such as ensuring food and water security, reducing disaster risks, improving health conditions, maintaining ecosystem services and reducing poverty and inequality. Increasing investment in physical and social infrastructure is a key enabling condition to enhance the resilience and the adaptive capacities of societies.”

“Adaptation options that also mitigate emissions can provide synergies and cost savings in most sectors and system transitions, such as when land management reduces emissions and disaster risk, or when low carbon buildings are also designed for efficient cooling.”

Government policies that lower the risk of low-emission and adaptation investments can facilitate the mobilisation of private funds and enhance the effectiveness of other public policies, the report points out.

“The lower the emissions in 2030, the lower the challenge in limiting global warming to 1.5°C after 2030 with no or limited overshoot. The challenges from delayed actions to reduce greenhouse gas emissions include the risk of cost escalation, lock-in in carbon-emitting infrastructure, stranded assets, and reduced flexibility in future response options in the medium to long-term,” the IPCC warns.