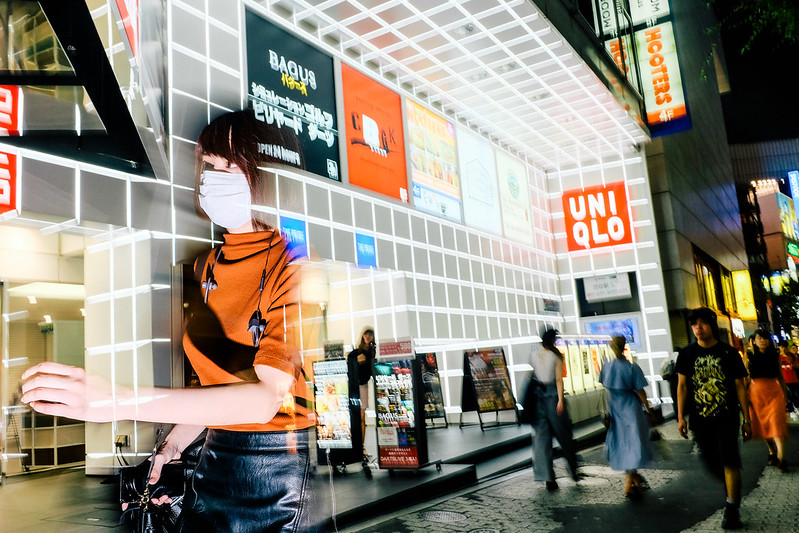 Since the last four months, the world is suffering from COVID-19 pandemic, which has shaken the global economy. It is expected to change the global order as even the most powerful economic and political powers are badly affected. In this context, the article looks at its impact on Japan.

Japan’s first encounter with the COVID-19 was on the cruise ship Diamond Princess. The passengers on the cruise ship were quarantined to bar the virus from spreading further.  However,  after the quarantine period, the passengers were allowed to go home. Since then, there was a sudden increase in the number of cases, during the time of the Hanami Sakura viewing season. Japanese Prime Minister Shinzō Abe declared a state of emergency in the Tokyo, Osaka and other hard-hit areas.

According to the official report, out of 712 infected on the Diamond Princess, 123 are already dead. According to the World Health Organisation (WHO), by 10 April, there have been more than 5 thousand confirmed cases of COVID-19 with 88 deaths. The highest number of cases have been found in Tokyo followed by Osaka, Kanagawa and others. In order to fight this pandemic, the Japanese Cabinet approved stimulus package of 108 trillion yen (USD 990 billion) to help struggling households and small business companies survive the impact of the COVID-19 outbreak. Similarly, firms have been fully exempted from paying consumption and property taxes whose sales have fallen over 50 percent. Avigan, the anti-virus drug has been tripled for the national stockpile which has been effective in treating the COVID-19 in Japan. Compared to other affected region of the world, Japan was efficiently able to handle the outbreak.

The 108 trillion yen stimulus package is supposed to be the largest-ever, as it has surpassed the 56.8 trillion yen emergency package given during the 2008 financial crisis. It is also argued that such an enormous relief package can put pressure on the Japanese economy, which could possibly lead Japan to recession. Due to the rapid spread of COVID-19 globally, Tokyo has been forced to postpone its Olympic and Paralympic Games 2020, which was supposed to be held in July-August 2020 to 2021, putting an enormous amount of fiscal pressure on the Abe Administration and his Abenomics fiscal policies, leading Japanese economy to a possible recession worse than that of the 2008 financial crisis.  Moreover, Tokyo Olympic organising committee CEO Toshiro Muto is not certain that they can host it even in 2021.

In the history, the postponing of the Tokyo Olympic Games 1940 had psychological impact on Japan. The 1940 Olympics was originally scheduled for 21 September to 6 October 1940 and was going to project Japan as highly industrialised economic power. It was important as Japan was going to showcase its rebirth after the devastating 1923 Great Kanto Earthquake, but unfortunately, it the Second Sino-Japanese War erupted. This was followed by the 1964 Tokyo Olympics which depicted Japan’s strength as a fastest growing economic power despite the effects of the devastating Second World War.

Japan since 1991 to 2000 faced its first lost decade, followed by the next phase from 2001 to 2010. In 2011, Japan experienced the Triple disasters – the Great East Japan Earthquake, the Fukushima Daiichi Plant nuclear meltdown and the Giant Tsunami. The loss of those two decades are termed as ‘Ushinawareta Nijūnen’ in Japanese which caused huge economic burden on Japan. The 2020 Olympics was that ray of hope for the Abe administration, but it too seems shaky and Japanese fears that the jinx of 1940 may have reappeared in the form of the COVID-19, making it the biggest crisis of the post war era.

Though at the moment, the postponing of the Games makes absolute sense as it would help stop the further spread of the COVID-19, to not only the Japanese citizens, but the players and the tourists visiting Japan, but, this delay could possibly leave the economy in a state of financial flux as huge amount has been invested in advertisements and preparations with no guarantee returns.

Tourism is another major sector hit by the COVID-19. During this season, in normal times, Sakura viewing would have had a huge flow of tourists. However, with travel advisories due to COVID-19, by governments around the world and cancellation of international flights in several parts of the world, it has cost the Japanese economy a great deal. It has further affected the livelihood of the local people who rely on  tourism industry.

Japan provides huge amount of financial assistance to countries around in the region, mostly, through its Official Development Assistance for the construction of regional infrastructural projects and connectivity programmes through its Expanded Partnership for Quality Infrastructure. These kinds of development projects under the partnership of Japan are going to severely affected. Epicentre of COVID-19, Wuhan of China, has most of the Japanese firms which are hardly hit due to the months of lockdown. The much awaited visit of the Chinese President Xi Jinping’s to Tokyo has been put on hold .

Japan, being a technological power, has been at the forefront of developing a vaccine Avigan against the COVID-19. Prime Minister Abe, who has been the longest serving Prime Minister, with experience of working at the toughest of times, has given confidence to the people of Japan. He, with its mask diplomacy and its generous assistance to China at the very beginning of the pandemic has paved way for stronger ties with China. It has created  enormous opportunities of engagements in the sectors of healthcare and global governance where both can help reform the international bodies like the UN and WHO to better deal with pandemics like COVID-19.

This article was originally published by the Nepal Institute of International Cooperation and Engagement (NIICE) with the title ‘COVID-19 in Japan: The Biggest Crisis in Post War Era’. It is republished with permission.

Gitanjali Sinha Roy is a PhD Candidate at the Department of East Asian Studies, University of Delhi. She is currently a Visiting Scholar at the University of Tokyo.