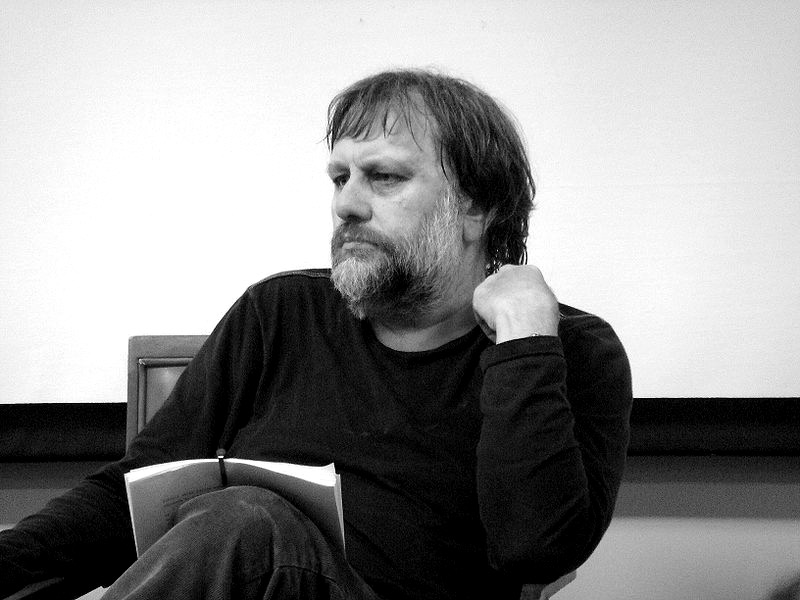 Slavoj Zizek, famously dubbed as the ‘most dangerous philosopher in the West’, has been nothing if not a prolific commentator on both classical philosophy and topical issues. His copious oeuvre of more than forty books and a provocative persona signal a mind perpetually ready to dive head-first into the most pertinent issues.

But even his most ardent followers might suspect haste in producing his new book, Pandemic!, published by OR Books a couple of months after the World Health Organisation (WHO) declared the coronavirus outbreak as a pandemic. The theme of the COVID-19 outbreak forms a portal through which we access the author’s many hobby-horses – China, surveillance, ecological disasters, and others.

Most importantly, however, it discusses the need for what he calls “some kind of reinvented communism”.

As is typical of his writings, Zizek’s book is less a direct analysis of the pandemic than an incisive look at its ideological underpinnings and a quiet study of the way our society has adjusted to this intervention in our daily lives. Early enough in his book, Zizek notices how the virus has demarcated the different kinds of workers (and therefore, work) in our late-capitalist professional circles.

Describing lockdowns and other restrictions as an inconvenience chiefly for the privileged class of workers, he hints that even in such a crisis, certain forms of labour have been inhumanly rendered invisible.

“So we get a new division of work”, Zizek writes, “self-employed and self-exploited workers in the developed West, debilitating assembly line work in the ‘Third World’, plus the growing domain of human care workers, where exploitation also abounds”. Only the first group can claim a “struggle within themselves”, while for the rest the struggle is a tangible, ever oppressive conflict against the market establishment.

Nowhere is this more relevant than in India, where the concerns of the labourers migrating from cities to their homes are constantly sidelined in the interests of corporations. Several state governments in the country, including Uttar Pradesh and Assam, have suspended or tweaked labour laws for a certain period of time, even increasing their shift hours, putting the already troubled workers in a precarious position.

Zizek’s conclusion has an epiphanic ring to it – many things are taking place “in the unsafe outside so that others can survive in their private quarantine”. As we saw in India, this contrast was cruelly emphasised by household celebrations such as banging utensils or lighting lamps – a convenient tokenism for the upper classes to feel better.

Zizek’s output has always used pop culture as a guiding hand that leads towards his more abstract theses, and although this book is low on references to cinema, theatre, or music, he falls back now and then to some well-known pillars of popular artworks. Using Tarantino’s climax of Kill Bill, he shows how the epidemic resembles a ticking time bomb for the neoliberal establishment, “a signal that we cannot go on the way we have till now, that a radical change is needed”.

This thought brings the reader to what can be confidently called the central thrust of Zizek’s argument – an acceptance of the fact that “we are all in the same boat”, and that solutions will come only from a communitarian ethos and a “globally coordinated response…a new form of what was once called communism.”

Advocating a metaphorical togetherness that must compensate for our literal isolation, he warns that unregulated, free-market barbarism might effectively kill thousands. If the crisis proves anything, Zizek argues, it is that nationalisation of policies, market regulation, and global healthcare are no more radical socialist measures, but modest and necessary initiatives “imposed by the necessities of bare survival”.

Also read ‘The Relevance of Kant and Rawls During COVID-19’

Pandemic! is an ambitious attempt by Zizek, to bring the linguistic roots of ‘community’ back into the word ‘communism’. He admits the dark history of 20th-century socialism, but is confident that the word could be redefined to mean a renewed moral concern for the ‘commons’. Indeed, the cruellest irony of it all is that governments worldwide are falling back on measures – for instance, Boris Johnson’s move to nationalise Britain’s Railways – that would have been deemed ‘communist’ during ordinary times .

All Zizek wants for this ‘reinvented communism’ is for it to go all the way, as it is the only “rational egotist thing to do”.

For all the tenacity of his critique, however, Zizek’s study remains limited mostly to the status quo in the United States and China. Oscillating between evaluating extreme state control (China) and extreme anarchy (the US), he misses many other developments in this sweeping arc. There is no mention of Taiwan, Germany, or New Zealand – all states with women leaders that have shown unparalleled efficiency and transparency in containing the outbreak. Neither does Zizek include South Korea and Germany, where aggressive testing and large-scale public cooperation have gone a long way in flattening the curve.

When he says that governments need to do what China did in a “more transparent and democratic way”, the reader is left searching for examples he could have cited. One wonders whether such omissions mask a bigger blind spot, whether his grip on contemporary developments is as strong as he makes it seem. This considerably weakens the reader’s conviction in his stronger arguments.

Zizek sees no grand solutions hovering on the horizon. But then, he has always been someone who probes the calamity rather than offering a quick diagnosis. In an older interview, he had said that the philosopher’s job amounts not to give “ready-made answers”, but to ask the relevant questions. In this short book, he practices that maxim sporadically, formulating provocative questions, nudging the reader to contemplate, and letting them unravel and connect the dots by themselves.

It is by no means his densest work; at its lowest, his text suffers from sparse research and a tendency of loose speculation that risks ridicule. At its best, however, it contains thoughts that have an oracular quality to them, a peculiar mix of madness and truth that tempts us to investigate instead of repelling us away.

Either way, as he hints in his introduction, the laborious thing in these trying times is not to do, as many would guess, but to think.

Uday Kanungo works as a Writing Tutor at the Centre for Writing and Communication at Ashoka University. He is also a translator of short fiction from Odia to English.