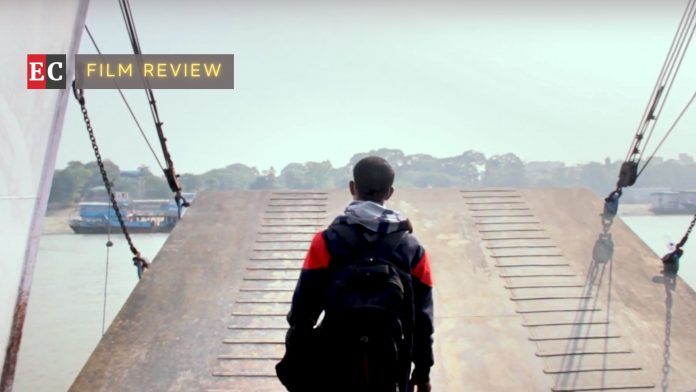 In portraying the dearth of living spaces in the “not-so-big city” of Guwahati, Day One is a one-of-a-kind short film.

Usually, issues of lack of space, housing areas, and proper facilities have been cinematically explored only in the case of metropolitan cities like Mumbai, Delhi, and even Ahmedabad. A smaller city like Guwahati has never drawn the attention of filmmakers in this domain.

Made by Mukul Haloi, a filmmaker from Nalbari in Lower Assam, and Pooja Kalita, currently a research scholar at the New Delhi-based South Asian University (and also my childhood friend, schoolmate and fellow feminist), Day One has been made for the Nagari Film Competition, which is an annual competitive event on issues affecting life in Indian cities.

The competition is organised by the Goa-based Charles Correa Foundation, which itself actively works on issues of human living, education, and settlement.

In approximately 7 minutes, the movie manages to convey its basic theme and a problem that exists in our beloved Guwahati but one that never really seems to bothers anyone – the lack of living space.

For many in India’s Northeast, Guwahati, Assam’s sprawling metropolis, has been the city of dreams and hopes. With similar aspirations, the protagonist of Day One, Debajit, arrives in the city from his village and makes way for his friend’s place.

Throughout this journey on foot, the makers depict the changes that Guwahati has undergone – what it was in the early days and what it is now, and how technology, development and growth have displaced the childhood emotions and memories that young Debajit had cherished in his heart.

According to Haloi, “It is not just awe that Debajit feels after landing in Guwahati – he feels “unattached” to this place, along with a tinge of anxiety, bewilderment, and loss.”

According to him, our city, Guwahati, is very interesting and it needs to be portrayed more frequently.

On the one hand, it has the feel of “vikas” (development), with monikers like “Smart City” and top-tier events, such as the Filmfare Awards and Namani Brahmaputra, being associated with it. And on the other, there is the common man struggling to find a decent shelter and adequate means of livelihood for themselves.

According to Kalita, a movie showcasing the urban space problems of a small city like Guwahati was very much necessary. Hence, she decided to collaborate with Haloi to make it.

She tells me, “Adequate housing may not be a problem for me and you now, but there are many like Debajit, the movie’s protagonist, who have this concern. Debajit’s friend lives in a rented roof-top single room – that is definitely not a part of the hyped-up and glamorous image that people have about Guwahati.”

Indeed, the spatial dynamics of the tin-roofed room is very intriguing and is in stark contrast with the “actual” dynamics or representation of the city. Kalita further adds, “An exotic representation of Guwahati with its associated stereotypes was not something we were interested in. There are many layers beneath all the urbanity and development.”

Day One, thus, manages to justify its theme and reveal an image of Guwahati (and probably other small Indian cities) that is usually sidelined or overlooked. Haloi and Kalita certainly deserve accolades for doing that.