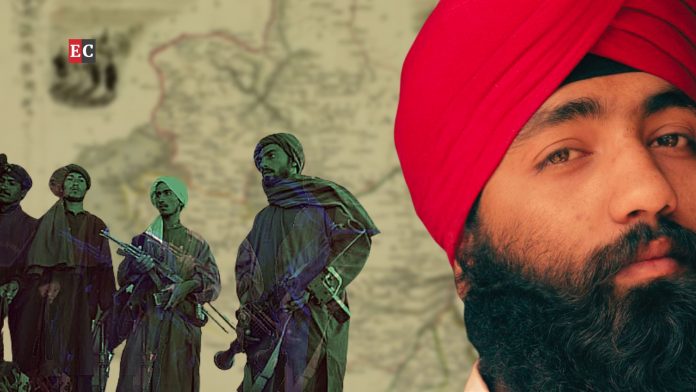 As the Taliban tightens its stranglehold over Afghanistan, the last of the few non-Muslim minorities – predominantly Sikh and a small number of Hindus – have been left with no other option but to flee.

As it is, over the past four decades, the number of Sikhs in Afghanistan has been dwindling. While in the 1970s, the population of both communities was estimated at well over 2,00,000 (though some say it was even higher closer to 5,00,000), it is estimated to be just 200 today.

The history of Sikhs in Afghanistan can be traced back to the fourth Udaasi (travel) of the founder of the Sikh faith, Guru Nanak Sahib, along with his companion Bhai Mardana, to what is present day Afghanistan. The 7th Guru of the Sikhs, Guru Har Rai Sahib, also sent preachers to Kabul, and a dharamsaal – the precursor to the Gurudwara (Sikh shrines) – was established there.

After the creation of Pakistan in 1947, Sikhs residing there migrated to Afghanistan. Hindus and Sikhs excelled not just in business (especially money lending), but were also well represented in government and professions like medicine right until the 1970s. The Russian invasion of Afghanistan and the tumult that followed made minorities vulnerable and uncertain about their future.

While the late 19th century and early 20th centuries were witness to the exit of Afghan minorities to India, if one were to look at the past three decades, the first exodus of minorities from Afghanistan began when the Mujahideen took over in 1992, when an estimated 50,000 Sikhs and Hindus fled Afghanistan.

In recent years, attacks on minorities have once again risen. In 2018, senior leaders of the Sikh and Hindu communities were killed when they were on their way to meet Afghan President Ashraf Ghani. A total of 20 people lost their lives, including a prominent Sikh leader, Avtar Singh Khalsa. The remaining minority community was reluctant to move out.

A suicide attack on the historic Gurudwara Har Rai Sahib in Kabul in March 2020, which resulted in the death of 25 individuals, perhaps signalled that for the imminent future, the remaining population of Sikhs and Hindus in Afghanistan needed to exit the country (after the attack in March 2020, there have been cases of abduction, including that of a 13 year old girl).

In July 2020, a batch of 11 Afghan Sikhs moved to India, and were granted short term visas. Later, many others moved to India hoping that they would ultimately be assisted in moving to a third country.

According to estimates, there are 18,000 Afghan Sikhs in India, mostly residing in Delhi, Punjab and Haryana. More than half of them have citizenship, while others are on long term visas or have refugee status. While the Citizenship Amendment Act (CAA) passed by the Indian Parliament in December 2019 sought to provide citizenship to non-Muslims from Pakistan, Bangladesh and Afghanistan who had fled to India due to religious persecution on or before 31 December 2014, there has been a delay in implementation of the same.

The government has cited the COVID-19 pandemic as a reason for the delay. Further, the CAA, which has been vehemently criticised for being a sectarian law, doesn’t cover Sikhs who came (or would come) to India after 2014.

Notably, while some Afghan Sikh and Hindu families have moved to India, the vast majority are spread out in different parts of Western Europe and North America. A large percentage of Afghan Sikhs can be found in the UK, and Afghan Hindus in Germany.

Activism in the West

The issue of safety of the Sikh and Hindu minorities in Afghanistan has been raised by several Sikh civil society and human rights organisations based in the West, such as the Manmeet Singh Bhullar Foundation in Canada and United Sikhs.

Through the Bhullar foundation’s efforts, a number of Afghan Sikhs and Hindus were able to first relocate to India and then to Canada. As of 2019, 65 families were relocated to India while 20 families were relocated to India. The foundation is also working with the Canadian government to bring 120 individuals to Canada under the Private Sponsorship of Refugees Program.

As a result of lobbying by a number of civil society groups, in August 2020, Canadian policymakers from different sides of the political spectrum wrote to the immigration minister for a special program to resettle the two communities. Said the letter:

‘In light of the immediate threat faced by these communities, we urge you to create a special program for Afghan Sikh and Hindu refugees under 25.2 of the Immigration and Refugee Protection Act, so that they can be brought to safety in Canada’.

During his election campaign, US President Joe Biden had also spoken about providing asylum to Afghan Sikhs if elected. Biden had urged the Donald Trump administration to ensure the security of these minorities. He had said:

‘I stand with the Sikh and Hindu communities in Afghanistan seeking safety for their families and the freedom to practice their faiths, and urge the Department of State to consider the request for emergency refugee protection’.

Biden also said that if he were to become President, he would provide asylum to Afghan minorities.

Also read ‘Despite Bigotry and Discrimination, Sikhs Continue to Fight for Dignity in US Politics‘

Canada too has introduced a resettlement program for Afghans who worked as interpreters and staff, and assisted Canadian armed forces. But, minorities have not been included in this program. A number of civil society groups in Canada have been raising this issue with the Canadian government, urging it to prioritise the security of the remaining Sikhs and Hindus in Afghanistan.

Afghan minorities face a number of challenges. First, many of them have been reluctant to leave the country. After the terror attack in 2018, Afghan minorities were reluctant to leave as this would mean leaving behind Sikh Gurudwaras, their homes and friends, and beginning life from scratch wherever they migrate. While commenting on the imprint of the Non-Muslim minority in Afghanistan, Saad Mohseni, an Afghan-Australian businessman and Chairman of Moby Group in an article said:

‘They seemed to embrace the hybrid identity and took genuine pride in the link to this remote country. They belonged there.’

In May 2021, a number of Sikh and Hindu families who had moved to India moved back to Afghanistan, not just because of economic reasons, but also because they were missing their homes.

Second, the Afghan minorities often become a victim of regional geopolitical turbulence in South Asia, and petty politics, with certain individuals and organisations indirectly dictating their choices. It is important to ensure that Afghan Sikhs and Hindus have agency in choosing their paths. Stakeholders, including Sikh groups, human rights organisations and governments which have provided asylum should provide support without dictating choices or imposing conditionalities and understand their sensitivities.

Third, the plight of Afghan minorities should not be used as a means of increasing religious friction or whipping up hysteria against a particular community by any group. The clash is not with any religious group per se, but against majoritarian tendencies of any sort.

Fourth, over the past few years, the Sikh community has been able to enahnce its soft power globally due to its exceptional philanthropic work in different parts of the world during crises – including the COVID-19 pandemic. It has also stood by other minorities during testing times  such as during the anti-CAA movement in India in 2019. It is time that other communities and groups play their part in ensuring that Afghan Sikhs and Hindus do not face any hardships, by raising voices in their support.

In conclusion, it is important that all stakeholders work towards ensuring the safety of the remaining minority population in Afghanistan. The focus should be on safe passage of the minority communities.

The long-term aim, which may seem utopian, should be to ensure through diplomatic means that those who want to return back to Afghanistan can do so. Ultimately, for this, it is important that a multi-pronged approach is adopted, whereby channels of communication are open between all stakeholders.