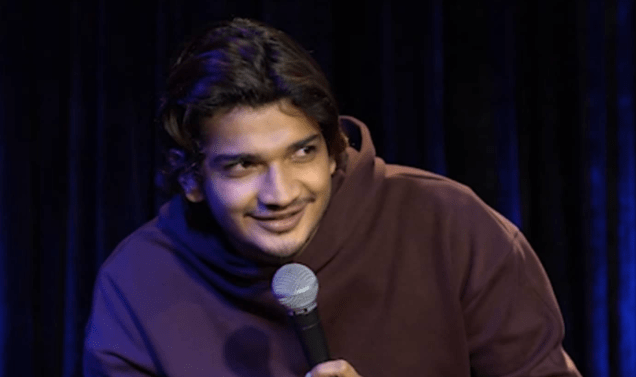 People’s Union for Democratic Rights (PUDR) strongly condemns the continued incarceration and denial of bail to Munawar Faruqui who was arrested on 2 January, 2021 and five others in Indore.

Based on the claim of a vigilante group Hind Rakshak Sangathan (HRS), Faruqui and others have been accused of hurting the religious sentiments of the Hindu community and for uttering jokes about the sitting Home Minister through a case registered at Tukoganj police station, Indore under Sections 295A, 298, 269, 188 and 34 of the Indian Penal Code. Faruqui was to perform at Café Munroe, at Indore’s 56 Dukan at a New Year event when members of the HRS posing as audience stopped the programme.

Two bail pleas by Faruqui and another have been rejected and the Madhya Pradesh High Court has reserved its judgement on the third bail application on 25 January, 2021 indicating already that “such people should not be spared”. This case is symbolic of the flagrant disregard for fundamental freedoms and the failure of judiciary in upholding these freedoms, thereby encouraging the majoritarian state’s vicious attempts to target views contrary to its agenda of Hindu Nationalism.

Firstly, arresting a comedian for speech meant to entertain is an attack on the fundamental right to speech and expression guaranteed by Article 19 of the Constitution of India. Multiple court judgements (including the Constitution bench judgment titled Ramji Lal Modi v State of UP, 1957) have stipulated that restrictions to speech by invoking of Section 295-A of the Indian Penal Code (outraging religious feelings of any class by insulting its religion or religious beliefs) requires proof of ‘intent’ that is calculated to create public disorder.

It is to be noted that in Faruqui’s case, not only can the intent not be inferred from a small ticket-based voluntarily-attended programme, the alleged crime of objectionable speech has itself not taken place as the show was curtailed even before he began his act. The Indore East Superintendent of Police has been reported to state that the complainant had ‘overheard’ the objectionable jokes during rehearsal.

Secondly, the allegations which have been charged against Faruqui are punishable with upto three years. In such cases, arbitrary arrest and denial of bail constitutes overreach by both the police and the judiciary. The recent Supreme Court judgement granting interim bail to journalist Mr. Arnab Goswami in a suicide abetment case also reiterated the ‘bail not jail’ principle that is to be followed in all but the most heinous of offences.

The denial of bail on the grounds that it may cause ‘law and order’ problems calls into serious question the role of the police and judiciary in pandering to the Hindu vigilante groups who have been active on social media and otherwise targeting journalists and comedians. In the wake of his arrest by the MP police, FIRs have been activated in UP and Bombay that are based on his past videos, making possible his continued targeting even as the MP case has no teeth.

PUDR has in the past pointed to the systematic criminalisation of Muslims by the misuse of criminal prosecution and the Faruqui case is one more example of the same. PUDR condemns the targeted harassment of Faruqui and others like him, and calls for their immediate release on bail as is their right. Further, we urge the judiciary to quash all charges against them and reiterate the fundamental protections for speech and expression that is guaranteed to all citizens.