Home Analysis Amarnath Yatris Killed: Why It Could Be A Jihadist Attack 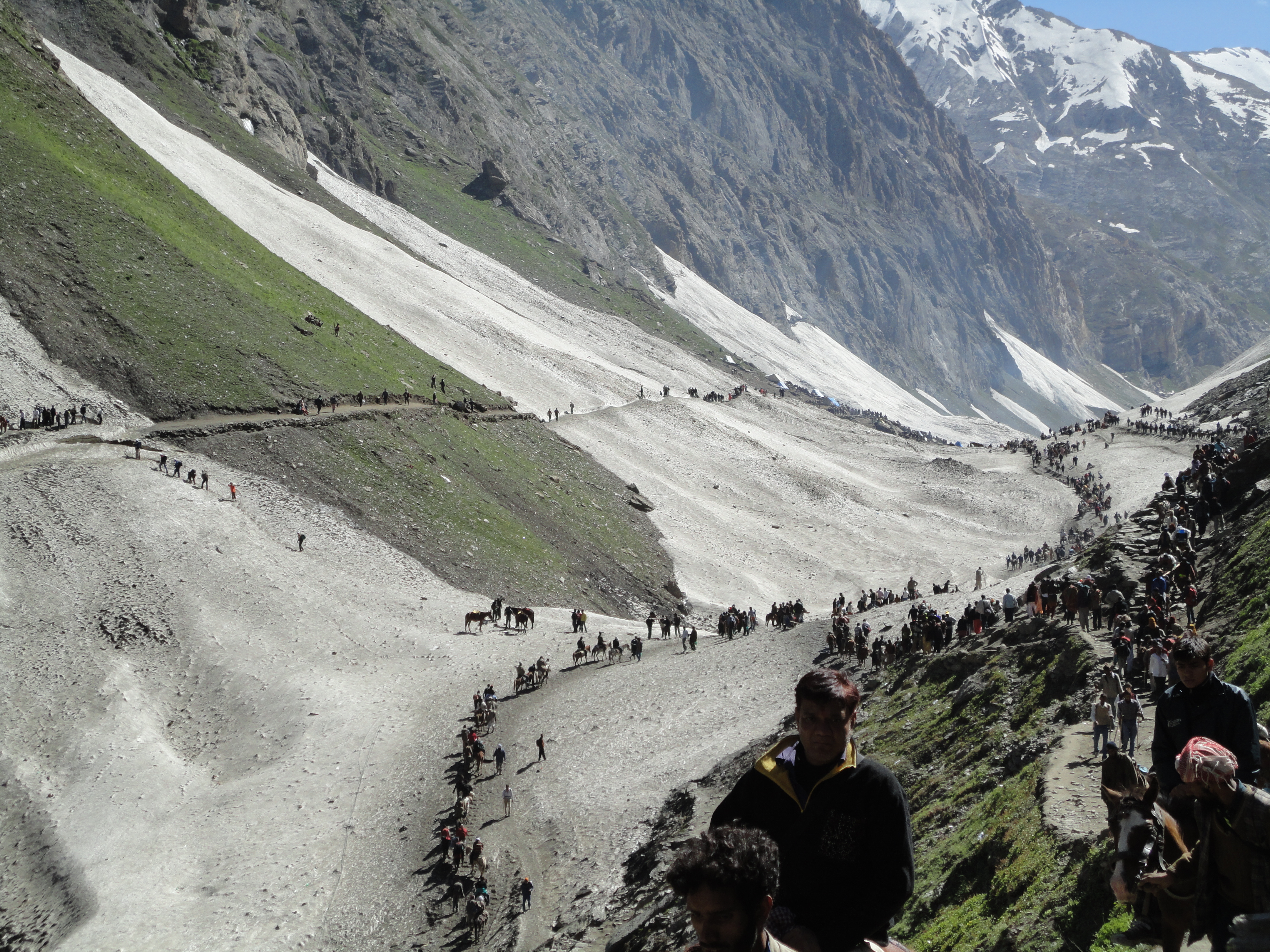 This article was originally published in Newslaundry, and can be read here.

In one of the worst attacks on civilians in Kashmir, militants opened fire on a bus of pilgrims returning from the annual Amarnath Yatra (pilgrimage) late evening 10 July, killing seven and wounding 15. The bus came under fire near Khanabal in Anantnag district in an apparent cross-fire between Jammu and Kashmir police and terrorists. The attack comes at a time when Kashmir is in complete lock-down with unprecedented security and internet shutdown for the anniversary of militant Burhan Wani, whose death has triggered violent turmoil in the Valley, and to allow safe passage of the Yatra.

The attack was severely condemned, from Prime Minister Narendra Modi who called upon strongest condemnation from everyone for the ‘dastardly attack on peaceful Amarnath Yatris in J&K’: “India will never get bogged down by such cowardly attacks and the evil designs of hate,” to the J&K Chief Minister Mehbooba Mufti rushing to meet the victims and the Kashmiri separatist leadership including the Hurriyat and JKLF releasing a statement calling the attack ‘unIslamic’.

Surat: Students offer prayers for the #Amarnath pilgrims who died in #AmarnathTerrorAttack pic.twitter.com/Br4osbjVsd

The J&K Police and the Central Reserve Police Force (CRPF) pointed out the lapses on the part of the bus operator for risking the pilgrims without security and travelling at night. According to the police, the bus had no security protection unlike other yatra vehicles and was not registered with the Amarnath shrine board. All civilian vehicles of pilgrims move in a convoy from Jammu to Pahalgam or Baltal and back under a special security arrangement provided by the paramilitary forces and the police. The bus had also gone off route, possibly to tourist locations around Pahalgam, after completing the yatra two days ago and was travelling back to Jammu at night, when normally, the yatra convoys move under security around the day time.

The attack took place in a series of shootouts, which indicate the pilgrims or the bus was possibly not the main target. CRPF officials said the militants first fired at a police bunker in Batangoo and escaped. Around 1.5 km down the road near Khanabal, they opened fire again at a security check-post. The naka manned by CRPF and Special Task Forces shot back at the militants. The passenger bus was caught behind a J&K police vehicle in the ensuing crossfire between the security forces and the militants. The terrorists then attacked the bus and began firing indiscriminately killing 5 women pilgrims and two men. Officials said the militants escaped to Arwani and, on the way, fired on a CRPF camp, there were no casualties.

A planned attack on the pilgrim or not, it is feared that the killings will be seen in the light of a jihadi attack with Muslim terrorists attacking Hindu pilgrims. Especially at a time when groups like the Islamic State and Al Qaeda are staging attacks in Western countries in the name of Islam against non-Muslims and the radical Salafi-jihadist ideology has begun to have a growing appeal amongst a small section of Kashmiri youth. Though no local or Pakistan-based terror group has claimed the attack, officials believe it could be the handiwork of local militant network, who were out to attack security forces. Militants have earlier deliberately targeted the Amarnath Yatra route throwing grenades at pilgrim camps and attacking security forces: in 2000, 32 were killed in two separate attacks, in 2001 and 2002 six and eight pilgrims died.

The Vishwa Hindu Parishad (VHP), an international Hindu organisation, invoked its characteristic narrative in light of the attack

The annual 40-day yatra is a highly securitised affair taking place annually. This year as the beginning of the yatra clashed with the first anniversary of Wani’s killing—helmed by the Pakistan military as a ‘sacrifice against Indian atrocities’—sensing trouble, the Indian government deployed additional troops to curb protests, WhatsApp and social media was shut down to prevent crowd mobilisation. Around 40,000 troops were put on the ground to provide protection and secure the road movement for the pilgrims. Despite intelligence, surveillance and security arrangements, an attack on the Amarnath Yatra by the militants was anticipated as the situation in Kashmir has remained on tenterhooks since last year.

Following the 100 day clashes and clampdown, after Wani was killed in an encounter, during which 28 civilians were killed and hundreds blinded by pellet shots, Kashmir has remained on the boil. After the brief lull of winter, the Army began its counter-terrorism operations in full blow, eliminating 92 militants many of whom are young local boys. Since Wani’s call inciting the youth to fight for Islam and not nationalistic reasons, to set Kashmir free from the Indian ‘occupation’ and establish a Caliphate with Islamic laws, there appears a gradual change of scene in Kashmir’s militancy ideology.

Wani’s companion, another local youth Zakir Musa, who took over the reins of command of Hizbul Mujaheedin group, reinforced the call for jihad to make Darul Islam in Kashmir. The 27-year-old Musa, who enjoys wide popularity among the masses, appealed to civilians obstructing Army’s military operations to do so in the name of Islam. He announced that the armed resistance including stone pelting should be for ‘Islamic Shariah only and not nationalism’.

In a move that will please Indian strategists but should worry the BJP government, Musa called out the hypocrisy of the separatist leaders and asked them to disassociate the fight for Kashmir from the anti-Mujahideen and unIslamic Pakistan. Instead of waving green national flags of Pakistan, he asked them to wave black flags of Islam. That Musa’s call for unity under ‘tawheed’ (one God) is supported by Al Qaeda in the Indian Sub-continent (AQIS) is equally worrying. Sensing opportunity to find a foothold in the Kashmir conflict and place it in the global jihad template – AQIS is now issuing codes of conduct to form terrorist groups and fight jihad on Telegram, the encrypted messaging site.

Monday’s attack on Amarnath pilgrims whether designed by Pakistan-based terrorist groups to avenge Wani’s killing, incited by jihadi ideology of the local militants or a security lapse in the security arrangement, the worst apprehension remains on the fallout of the likely drawing of communal battle lines and further escalation of the situation in Kashmir. Either way, the onslaught of a predictable violent Kashmir summer seems to have begun

This article was originally published in Newslaundry, and can be read here.

Shweta Desai is a reporter/writer on terror issues.