Home Sports Can Caribbean Cricket Get Its (Political) Groove Back? 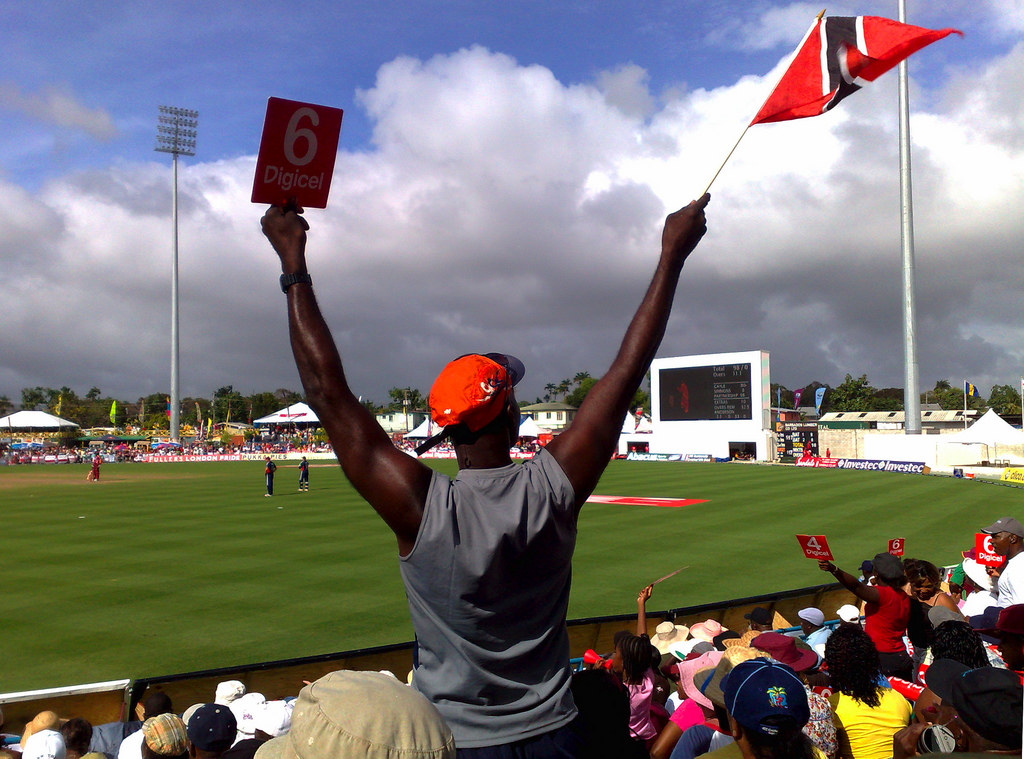 Caribbean cricket fans were dismayed in early June when, for the first time since the ICC Champions Trophy started in 1998, the West Indies Cricket Team did not qualify for this prestigious international competition, which recently concluded in England and Wales.

Winner of the Champions Trophy in 2004 and of the 1975 and 1979 World Cups, the West Indies squad is now at risk of not qualifying for the upcoming World Cup cricket competition in 2019.

Cricket lovers are struggling to understand the decline of the West Indies team, which is composed of athletes from 15 countries, British dependencies and other Caribbean territories, including Trinidad and Tobago, Guyana, Jamaica and Barbados.

Where are the T20 Champions? missing from Champions Trophy 2017
WINDIES the new name#T20champions #WINDIES #Champ… https://t.co/AaR7xnVHJV

In this region of the world, cricket has never been just a sport. In the 20th century struggle against British domination, cricket was central to the Caribbean’s anticolonial independence project.

Today, my 2015 research in Guyana and Trinidad and Tobago found, its meaning has changed. For poor young men, international cricket is often seen as a way out of poverty and into the lap of luxury.

Indo-Caribbean players, who are now closely identified with cricket, especially in Guyana and Trinidad, also originally saw the sport as a vehicle for affirming an Indo-Caribbean identity.A similar quest for belonging spurred the cricketing aspirations of Caribbeans of Indian descent, whose relatives had been brought to the region as indentured laborers after the abolition of slavery in 1834.

Caribbean cricket narratives and histories tend to focus on the sport’s association with anti-colonial resistance and the efflorescence of a unified West Indian consciousness against the white planter class – what’s often called liberation cricket.

A Guyanese athlete in Trinidad

But contemporary Caribbean cricket is something quite different. Over the past two decades, globalisation and commercialisation of the sport have largely undone its political underpinnings.

The new story of cricket takes the form of Sukdeo Sisnarine, a 23-year-old aspiring Guyanese cricketer who plays in a Trinidadian domestic cricket league.

Sukdeo was connected to a cricket club through former players and arrived in Trinidad for his first stint after only a telephone conversation with a manager of the club, a common international recruitment practice in Trinidad.

Now he migrates to Trinidad from January to June each year to play. When I met him in a cricket club in 2015, it was his third sojourn there.

Guyanese are the largest group of overseas athletes playing in the Trinidadian cricket league; in 2015, nearly 25 of the 30 international players were from Guyana (the league has between one hundred or so cricketers in total).

Though geographically located in South America, Guyana is culturally Caribbean, and it is one of the poorest economies in the region, with an estimated per capita GDP of US$7,900 in 2016.

In contrast, Trinidad is one of the Caribbean’s richest countries. Last year, its estimated GDP per person was US$31,900.

For cricketers from poorer Caribbean countries like Guyana, Trinidad’s semi-professional cricket league offers financial opportunities. Guyanese athletes can play competitive cricket while earning some extra money on the side.

When I knew him, Sukdeo was working in a car parts factory next to the cricket club he played for. He estimated his total earnings that season at about US$5,000.

This income allowed him to buy and do things that would have been impossible in Guyana, like going to the movies, purchasing designer sunglasses and choosing brand-name clothing.

Guyanese as the “small Islanders”

Such consumer pleasures can come at a cost.

In Trinidad, the Guyanese are often portrayed as backwards, and people routinely mock the way they speak English, though they are native speakers. “Small islanders”, they’re called. Guyana is not an island, of course, let alone a small one. In Trinidad, this odd diminutive serves as a metaphor for the country’s poverty.

The economic disparity between the two countries produces social hierarchies, with Guyanese cricketers, as well as other male economic migrants, often seen in Trinidad as unwanted fortune-seekers.

This stereotype to some extent reflects the reality that for Sukdeo and many other young men I met in Trinidad, cricket is not so much a passion or a political statement as it is a professional pathway to wealth, conspicuous consumption and international travel – all signs of success in this neoliberal world.

Trinidadian club managers and owners routinely recruit their Guyanese athletes to play for cricket leagues in Canada and the United States. In 2015, Sukdeo obtained visa sponsorship from a cricket club in Canada, allowing him to travel out of the Caribbean for the first time in his life.

Trinidad thus serves as a jumping-off point for Caribbean athletes who hope to emigrate, helping them to connect with the Caribbean diaspora in North America. In the US alone, there are an estimated 4 million Caribbean immigrants.

Still, Sukdeo didn’t want to be in Trinidad or in Canada for that matter. He wanted to be recruited for the Indian Premier League (IPL), the most expensive cricket franchise in the world since its inception in 2008.

The IPL, which changed the format of the game to shorten day-long matches, boasts massive injections of corporate capital, Bollywood-star team owners, foreign cheerleaders and world-calibre cricketers. It has radically repackaged cricket as high-paced glamorous entertainment.

Prior to the IPL, players from the West Indies Cricket Team – politically-minded men like Sir Vivian Richards and Clive Lloyd – were the role models for aspiring young Caribbean cricketers like Sukdeo.

Today, it’s the lavish lifestyle of IPL athletes that most appeal.

Once a site for anti-colonial resistance and consolidation of a West Indian identity, contemporary Caribbean cricket is devoid of such political connotations.

This paradigmatic shift may account for the sad state of the West Indies cricket team this year. It seems that neoliberal cricket just can’t compete with the liberation cricket of yore.

This article was written as part of the GLOBALSPORT project funded by the European Research Council and based at the University of Amsterdam.

Adnan Hossain is a Postdoctoral fellow at the University of Amsterdam.