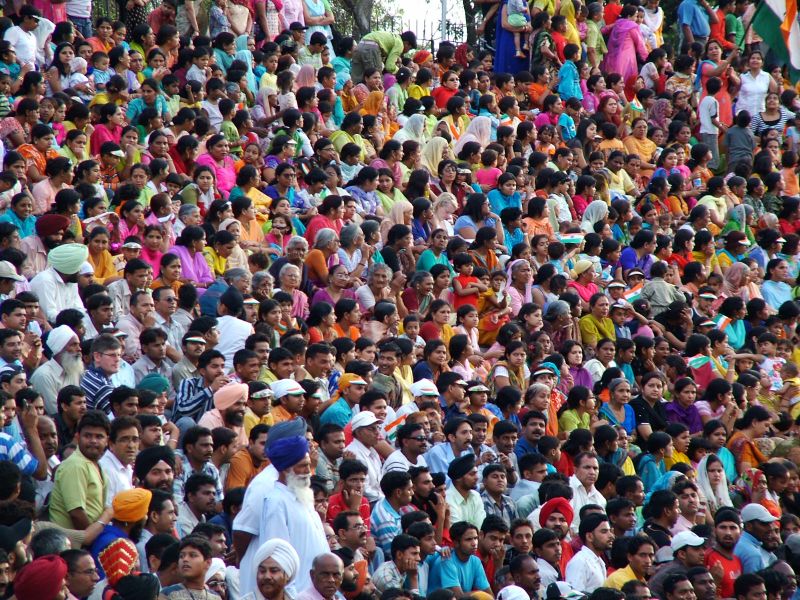 The Republic of India is approaching the third phase of federalism since its founding. In the current election season, the Union-State relationship has become one of the core issues. Part of the rhetoric is political hyperbole and electoral posturing, sharpened by the National Democratic Alliance (NDA) government’s unbridled expansion and its take-no-prisoners approach to electoral battles. Nevertheless, the poll season gives us a good opportunity to examine Indian federalism beyond partisan politics.

‘Loksatta’ means people’s power. The prerogative to exercise people’s will at all levels of governance is the core attribute of a democratic country. Herein, people use mass movements and social groupings to mobilise their vision and goals across all levels of government networking, which in turn, helps shape popular beliefs and governmental policies. Loksatta calls for a re-imagination of governance in the country, with much greater flexibility for states and local bodies to govern themselves.

The traumatic events surrounding the partition of India and fears of Balkanisation drove its founding fathers to opt for a highly centralised Union. States were given a well defined legislative and executive jurisdiction in the Seventh Schedule of the Constitution. Institutions like the Finance Commission, Election Commission and Supreme Court were created to ensure some degree of fairness in dealing with the states.

However, an appointed governor as head of state with discretionary powers, Article 356, the All India Services, Planning Commission, and introduction of License Raj and other such levers of centralised control over states at large eroded the latter’s powers significantly. Habitual abuse of the Union’s powers for partisan political gain, frequent dismissal of elected state governments, Union’s near complete control of public and private investments, excessive discretion of the Union in resource transfers, the internal emergency that made India a de facto unitary state, and mass dismissals of state governments in 1977 and 1980 led to serious friction.

Article 356 served as a political weapon for the Indira Gandhi government in the 1960s and 1970s when the Congress’ dominance in states declined and regional parties began to form governments. Till 1959, the Jawaharlal Nehru government used the controversial article six times, including to dislodge the first ever elected Communist government in Kerala in 1959. In the 1960s, it was used 11 times and after Indira Gandhi’s government came to power in 1966, Article 356 was used seven times between 1967 and 1969 alone. The 1970s were more politically turbulent. Between 1970 and 1974, President’s rule was imposed 19 times. Post emergency, the Janata Party government used it in 1977 to summarily dismiss nine Congress state governments. When Indira returned to power in 1980, her government too imposed President’s rule in nine states.

For example, according to revised estimates of 2017-18, half of the Union expenditure of around Rs 22 trillion has been transferred to states. Of the total resource transfers, 69.4% is by Finance Commission devolution and grants, and the bulk of the rest is under centrally-sponsored schemes. It is clear that Indian federalism has matured by a good measure, and the states now have far greater control of their economic and political resources than before.

However, serious structural problems remain. States and local governments are responsible for most of the things people need and expect from the government on a daily basis. These include water supply, electricity, sanitation, drainage, police, courts, roads, traffic, schools, colleges, healthcare, and myriad other public services. The national government is largely notional for most people. In the first five decades after independence, federalism was eroded by the Union’s arbitrary and partisan exercise of power. Now, the Union government has much less discretion; and yet, states are severely constrained in fulfilling their obligations to people.

These fetters are no longer partisan or political – they are structural and constitutional. These include a rigid and uniform political model imposed on all states and local governments that disregard local needs, and a dysfunctional bureaucracy protected by Article 311 that talks about dismissal, removal or reduction in rank of persons employed in civil capacities under the Union or a State. These, in addition to the generalist, all-purpose All India Services that does not bring specialised skills required to manage various services and enjoy a monopoly of all key public offices.

Further, the well-intentioned, but poorly drafted Part IX of the Constitution created over-structured, under-powered local governments that failed to take root as the third tier of federalism. The needless rigidity in Union legislation on subjects like education with resultant failure to improve outcomes despite vast expenditure, and the anachronistic role of nominated governors are making states and local governments dysfunctional.

The results of India’s governance failure are catastrophic. Despite the strong self-image, immense potential, and obvious strengths, India’s outcomes as a nation are far from satisfactory. Out of the 49 relatively large nations with gross domestic product (GDP) exceeding $200 billion, India ranks at near bottom on most indicators of basic amenities, infrastructure, education and healthcare, in the company of Pakistan, Bangladesh and Nigeria.

Indians deserve more, and as a nation, have far greater potential unfulfilled. This calls for a more nuanced third phase of federalism while preserving and strengthening the nation’s unity and integrity, constitutional freedoms, checks and balances, and democratic accountability.

The time has come for India to move to the third phase of federalism. Many of our states possess territories larger than most other countries. We must allow our states to have their own models of governance, bureaucracy, and local governments. However, this should not be at the cost of national unity, separation of powers, fundamental rights, or democratic accountability. The exact nuances of the model are beyond the scope of this piece. The objective here is to show that the current one-size-fits-all model cannot deliver the desired outcomes of prosperity and development or harness the real human resource potential of 1.3 billion people.

Views in the article are the author’s own and do not represent any editorial position.