Home Public Health COVID-19 The US, China and Asia After COVID-19: More, Not Less, Tension 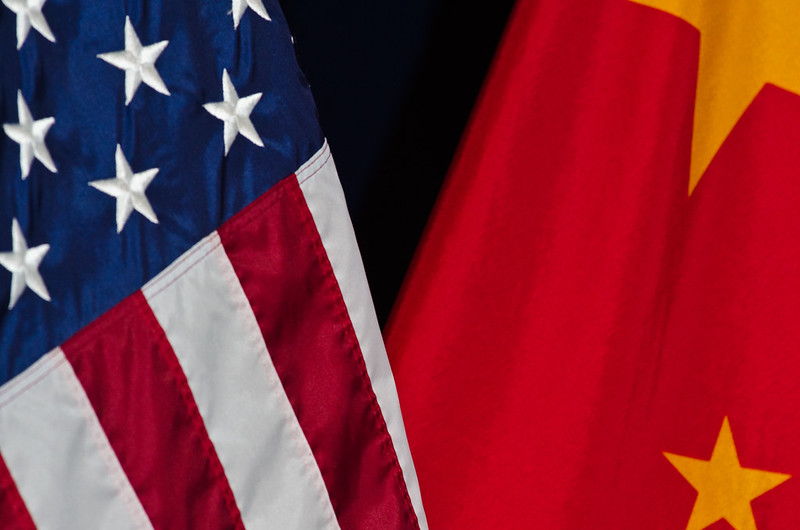 Few events of the past century have emphasised the need for global and regional leadership as clearly as the spread of COVID-19. This has shown immunity to all barriers – national, cultural, ideological, and individual. It has attacked the rich as well as the poor, the strong and the weak. It has made virtually every person on the planet feel vulnerable.

Traditionally in such circumstances, the United States would step forward to offer leadership, using its unique convening power and its unmatched economic, political and military might to mobilise resources and spur international efforts in a common direction. Such was the case following the Southeast Asian tsunami, the global financial crisis and the outbreak of Ebola in East Africa. The United States has generally viewed it as a positive-sum game to navigate these global challenges with China. That is no longer the case.

Now, many American policymakers view coordination with China on COVID-19 response as a self-harming exercise in a zero-sum competition for global leadership. Such efforts, in their view, confer legitimacy on a Chinese leadership that is unworthy of it.

Top Chinese officials have matched their US counterparts in their myopia, spreading fringe conspiracy theories about the virus originating outside of China and arguing that Beijing’s response to the virus outbreak demonstrates the superiority of its governance system. Such efforts advertise China’s insecurities and weaknesses more than its strengths. They serve as reminders of China’s lethally botched initial response to the outbreak of the virus in Wuhan. Recognising this reputational risk, Chinese propagandists are feverishly attempting to rewrite the COVID-19 narrative to place their leaders in a favourable light.

Also read ‘Will China Learn From the COVID-19 Epidemic?’

As a consequence, the world’s two most powerful countries are mired in a narrative war over the causes of the pandemic and the apportionment of blame for the global destruction it is causing. These arguments are likely to lead to negative-sum outcomes for the United States and China. The more the pandemic spreads and devastates economies, the more that both countries will suffer.

This downward spiral shows few signs of abating. Top US officials believe they have a moral imperative to shine a spotlight on the link between China’s negligent initial response in Wuhan and the global spread of the virus. The more global the destruction COVID-19 unleashes, the stronger the conviction will become for these officials that China’s authoritarian governance system must be challenged.

Such moral convictions may merge with domestic political imperatives. The United States will hold its presidential election this November. Deprived of a strong economy, facing rising unemployment and no longer in a position to vow to ‘drain the swamp’ in Washington after four years of incumbency, President Trump may face pressure to focus America’s ire on the ‘Chinese virus’.

Such efforts have already become visible in US Secretary of State Mike Pompeo’s unsuccessful insistence on having G7 foreign minsters refer to COVID-19 as the ‘Wuhan Virus’ in an official communique and in a directive for US diplomats to press host governments to criticise Beijing’s response to the virus outbreak. If current trends hold, US diplomatic strategy in Asia over the coming year may be consumed by efforts to pin the blame on Beijing, Xi Jinping and the Chinese Communist Party more broadly.

There will also be ongoing efforts to advance initiatives such as the US State Department’s Blue Dot Network, a new multi-stakeholder approach for elevating the quality, transparency and sustainability of infrastructure projects. There will be a push to consolidate the US–Japan–Australia–India quadrilateral grouping and to strengthen US military posture in Asia. Top US officials such as Secretary Pompeo and Secretary of Defense Mark Esper likely will continue their high tempo of travel to the region. But these initiatives may be eclipsed by the Trump administration’s focus on holding the Chinese leadership accountable for its initial response to the virus outbreak.

Such focus would place the United States out of step with virtually every country in the region. Although many partners will be privately sympathetic to critiques of China’s behaviour, few will judge it to be in their national interest to join a public narrative war. Particularly after China’s economy rebounds ahead of the United States’ and Europe’s, China’s economic clout will become too large for neighbouring countries to ignore.

This will lead to heightened tensions across the region, as seemingly peripheral issues such as nomenclature for the pandemic, decisions on Belt and Road Initiative projects, technical standards for 5G build-outs or votes for candidates to head UN specialised agencies become proxies for measuring support for Washington or Beijing. Even though top US and Chinese diplomats likely will continue to mouth platitudes about not forcing other countries to choose between them, space for countries to remain neutral will shrink with each discrete decision.

It is still far from certain that Washington will persist indefinitely in ratcheting up its rivalry with Beijing. Future administrations may prioritise the development of an Asia strategy for dealing with China, rather than concentrating on bilateral confrontation with Beijing.

It’s also not certain that China will maintain such an abrasive external posture indefinitely. But for the time being, the reality is what it is. Buckle up, because things are likely to get worse before they get better.

This article was originally published in East Asia Forum (EAF) with the title ‘The US, China and Asia after the pandemic: more, not less, tension’.

Original publisher’s note: This article is part of an EAF special feature series on the novel coronavirus crisis and its impact.

Ryan Hass is the Michael H Armacost Chair in the Foreign Policy program at the Brookings Institution, where he holds a joint appointment to the John L Thornton China Center and the Center for East Asia Policy Studies. He is also a non-resident affiliated fellow at the Paul Tsai China Center, Yale Law School.

Kevin Dong is an assistant researcher at the John L Thornton China Center of the Brookings Institution.