Home Education As COVID-19 Cripples International Education, Universities Need to Think Out of the... 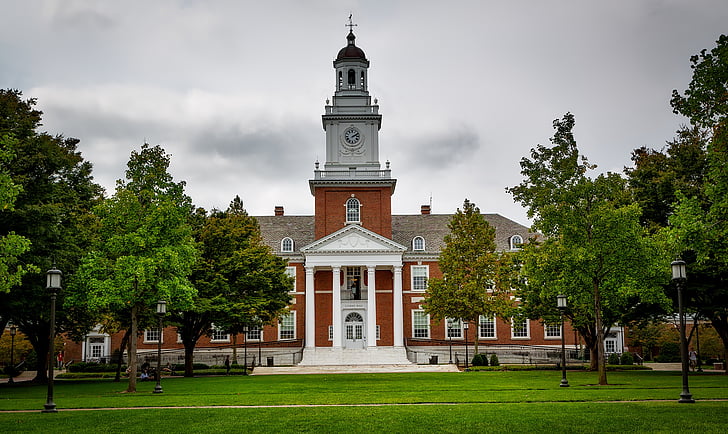 The COVID-19 pandemic has hit the international higher education sector with full force. The adverse effects are likely to continue even as the crisis abates.

Second, Chinese students who account for a large percentage of the international student community in the US, UK, Canada and Australia are likely to rethink their plans on pursuing their higher education in these countries due to a host of reasons. In the aftermath of the 20013 SARS epidemic, there was a dip in enrolment of Chinese students by 4.6% in 2003-2004.

According to a Congressional report, there are over 3,50,000 Chinese students in the US and they contribute 15 billion USD to the economy by way of tuition fees. There is likely to be a dip in their enrolment in American universities this year due to travel restrictions, rising tensions between Beijing and Washington DC and overall unpredictability of US policies under Trump.

The Trump Administration has taken some strong economic measures against Chinese telecommunications company, Huawei, and in a media interview, he admitted that the US hasn’t yet ruled out breaking of ties with China.

Thanks to Trump’s unpredictability (only recently, his administration spoke about doing away with H1B visas), even Indian students are likely to rethink their plans on pursuing higher studies in the US. Due to Trump’s policies, neighbouring Canada has emerged as a favoured destination for Indian students. In fact, Indian students are the largest group within international students in Canada.

Australia-China ties have also gone downhill after the former became the first country to push for an inquiry into the origins of the COVID-19. While China has agreed to this demand, it has already imposed tariffs on Australian commodities such as barley (tariffs imposed on barley are over 80%). China had already imposed a ban on the import of beef from four Australian abattoirs, which constitute almost 35% of the total beef trade.

In the UK and the US, reputed universities are showing flexibility on three accounts.

First, Cambridge University has announced that right until the summer of 2021, it will move to online methods of teaching. While some universities in the US have announced that they will be resuming classes in the upcoming fall session, Cambridge is one of the first major institutions to have outlined its plans for 2021. This means that international students admitted to Cambridge can go ahead with their plans.

Second, some of the top business schools in the UK, including Oxford, Imperial, Insead, London Business School, are showing flexibility in terms of entrance tests, such as GMAT. These tests are mandatory and higher scores are an essential pre-requisite for admission into top graduate and business schools.

Notwithstanding the above changes, universities will also need to considerably revise their tuition fees. While this will result in losses, it is still better than completely losing out on international students.

Even though universities need to be credited for showing flexibility and adapting to the current situation, a few points need to be kept in mind.

First, while online classes are the best option available, it remains to be seen how students residing in developing countries adapt to this change. Major logistical issues, such as lack of or slow internet connectivity, may affect such students.

Second, even if universities do show some flexibility on application requirements, deadlines and tuition fees, students are also interested in employment opportunities and the prospects of getting residency after completing their studies. The US, UK and Australia have shown clear signs that they are likely to revise immigration policies in the aftermath of the pandemic, while Canada has made it clear that it is dependent upon skilled immigrants.

Third, some students may for the time being chose to study in high quality institutions in their own countries. A number of institutions in developing countries, like India, have joint degrees with overseas institutions. This framework could be expanded regions and courses.

In conclusion, universities will need to think out of the box to ensure that they can attract international students as the world emerges from the COVID-19 pandemic. While some attempts have been made, more efforts are needed.