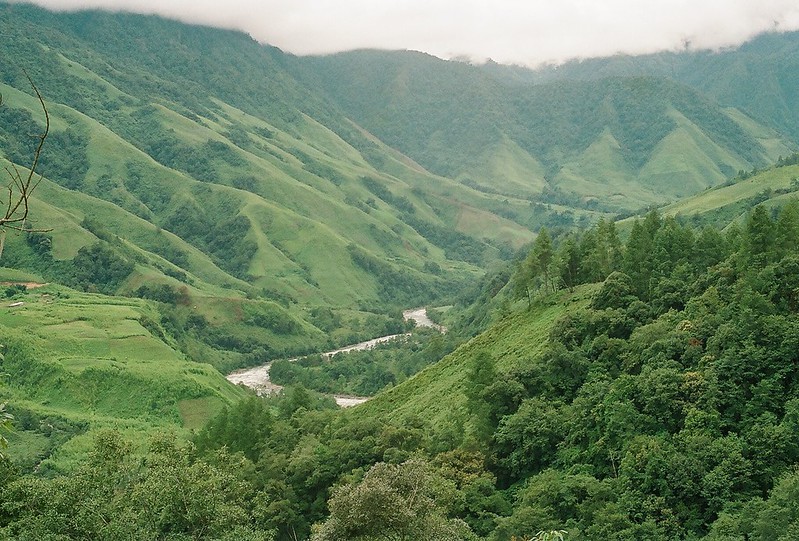 On 24 May, nineteen student organisations under the common banner of “Northeast Solidarity for Environmental Justice” released a statement demanding “complete reversal of extractive projects in Dehing Patkai, Dibang Valley, and Dibru Saikhowa forests.” The joint statement comes amidst a resurgent movement against commercial exploitation of Assam’s forests, triggered by an approval given recently by India’s National Board for Wildlife (NBWL) for coal mining near the eco-sensitive Dehing Patkai Wildlife Sanctuary.

Following is the full statement along with the list of signatories at the end.

In the middle of the Coronavirus pandemic and ongoing lockdown there has been a concerted effort by the Ministry of Environment, Forest and Climate Change (MoEFCC) of India to accord clearances to projects that stand to attack indigenous lands, forests, and resources in the Northeast region and cause grave environmental injustice.

Three such projects are being given clearances – for coal mining in Dehing-Patkai Elephant Reserve to Coal India Limited (CIL), for Etalin Hydroelectric project in Dibang valley to Etalin Hydro Electric Power Company Limited, for extension drilling and testing of hydrocarbons at seven locations under the Dibru-Saikhowa National Park Area to Oil India Limited (OIL).

This is in continuation and part of a process to push large scale projects for resource exploitation by central government while undermining environmental concerns and rights of indigenous peoples. In fact, the environment ministry has recently released a draft of the Environment Impact Assessment (EIA) notification 2020 which aims to dilute existing rules of environmental regulations for industry. The draft notification not only proposes to allow construction without prior clearance but also seeks to legitimise those actions currently listed as violations. It expands the list of projects exempted from public consultation, and weakens the post environment clearance monitoring.

The National Board for Wildlife (NBWL) which is responsible for monitoring wildlife protection has also let its guard down and has been approving contentious projects across the country, especially during this lockdown period when the public is undergoing several crises and unable to gather or raise objections in person.

With respect to the Northeastern region in particular, these projects have been pushed one after another in haste. They are set to disrupt the existing ecological balance, and effectively destroy the biological diversity of said sites at a time when there are rising concerns about climate change and the link between biodiversity loss and zoonotic diseases like the COVID-19.

On 23rd April, the Forest Advisory Committee (FAC) of MoEFCC accepted the report of its subcommittee for forest clearance for the 3097 MW Etalin Hydroelectric project in Dibang valley which has been pending approval since 2014. If given clearance the project will result in loss of 1150 hectares of forest areas affecting 285 families, and over 2.7 lakh trees will be felled in the area.

The FAC has dismissed concerns regarding the proposed project in a forest which falls under one of the mega biodiversity hotspots in the world. It has also dismissed concerns regarding disaster risk in a seismically sensitive zone and downstream river impacts of the project. In addition to the Etalin Hydroelectric Project another 2880 MW Dibang multipurpose project is being planned on the same river limb.

Importantly, the region is home to the Idu Mishmi community, who number only around 13000 as per the 2011 Census. The project not only represents a threat to their rights over indigenous land and traditional ways of life as a result of influx of people in large numbers for project construction but also stands to disrupt the symbiotic relationship between the community as guardians of the tigers and the surrounding ecosystem.

The FAC has accepted a wildlife conservation plan prepared by Wildlife Institute of India (WII). However,  the  WII  report  which  was  supposed  to  be  have  been  based  on  a  ‘multi  seasonal’      study  of Dibang Valley is found to have serious deficiencies and erroneous conclusions emerging from flawed methodologies, presence of biases, lack of rigour, shortened study duration, insufficient sampling in addition to a patronising approach towards the indigenous Idu Mishmi people. Recommended measures for mitigation of environmental damages are ill-conceived and further encroach upon exiting community lands through compensatory afforestation. It raises doubts about possible benefits of such megadams in the Northeast.

Several concerns of this nature have been consistently raised ever since the government pushed for the Lower Subansiri project in Arunachal Pradesh. The subversive methods of manufacturing consent regarding dam construction in Dibang valley through coercive strategies over local communities is public knowledge.

In April 2020, the NBWL heard and approved a proposal for coal mining inside the Saleki Proposed Reserve Forest (PRF), a part of the Dehing-Patkai Elephant Reserve under the Digboi Forest Division for Tikok OCP (Open Cast Project) coal mining of North-Eastern Coal Fields (Coal India Limited). Dehing-Patkai Elephant Reserve is situated close to the Assam and Arunachal Pradesh border, adjoining the  Deomali  Elephant  Reserve.  It  has  been  popularly  referred  to  as  the  “Amazon  of  the  East”. According to ecologists, the reserve remains a site where a large population of elephants continue to dwell and move around. Covering an area of over 900 sq. km, the Dehing Patkai rainforest is home to several rare and endangered species of flora and fauna. Coal India Limited (CIL) has been continuously mining in a part of the forest since 1973.

Even after the expiry of its mining lease in 2003 it has been extracting coal illegally. It applied for a renewal of mining lease only in 2012 which was rejected. In December 2019 the Centre gave CIL Stage-I wildlife clearance for mining inside Dehing Patkai forest with 28 conditions, including payment of fine and action against officers responsible for violating the Forest Conservation Act. In April 2020, the Standing Committee of NBWL recommended CIL’s mining proposal for final approval (stage-II) provided it fulfils the conditions. At present, 98.59 hectares of land have been cleared for mining. 57.20 hectares of forest land had already been broken up – 12.93 ha before 2003 and 44.27 between 2003 and 2012.

This illegal and unabated mining exposes the powerful and exploitative nexus between corporate bodies, local leaders, and state administration which has also led to rise of coal mafia and illegal mining within

multiple areas inside the Dehing Patkai forest. Instead of halting all illegal mining and working towards restoration  of  environmental  degradation  caused  by  extractive  activities  the  NBWL  sanctioned  CIL’s mining proposal in Dehing Patkai. In fact in the garb of lockdown the NBWL has given fastrack clearances through video conferencing to various other projects across the country. It is deeply worrying that the MoEFCC, NBWL, and FAC have been approving of such projects in complete disregard of red flags being raised by environmentalists and indigenous peoples.

The MoEFCC also accorded clearance for crude oil drilling in Dibru-Saikhowa on the 11th of May, 2020. OIL is slated to carry out extended drilling procedures in seven locations inside the Dibru- Saikhowa National Park (DSNP), North West of Baghjan PML in Tinsukia district of Assam. This will be carried out through ERD, also known as horizontal drilling technology where the drilling rig is to be located far outside the National Park, while extraction zones are reached through pipes that travel horizontally inside the surface. This requires extensive seismic surveys offshore and extended studies on the estimated impact upon the environment.

DSNP is one of five national parks in the Northeastern region and also houses a biosphere reserve, home to 36 mammal species and 382 bird species among others. In addition to this, the requirement of a public hearing in consultation with concerned communities has also been waived off, and the Ministry is now free to clear proposals without essential consultations.

These  moves  come  at  the  cost  of  ignoring  local  communities’ concerns  and  at  a  time  when  grassroots leaders like Akhil Gogoi, who have been highly vocal against corporate interests and exploitative policies in the Northeast are being arbitrarily kept in prison.

We consider these clearances as not only a form of disregard for people, particularly the indigenous communities, but a continuation of exploitative structures and mechanisms of an extractive regime in place in the Northeast. The fact that survival of forests and ecosystems are integral to the survival and identity of indigenous communities needs reiteration. Indigenous ways of life and especially the rights of the Northeastern people have repeatedly come under threats, demonstrated recently by the passage of the Citizenship Amendment Act (2019). Such attacks  on the region’s ecological diversity is also an attack on indigenous identity/culture.

We, the concerned students of Northeast India, stand to oppose these clearances that completely undermine the well-being and concerns of stakeholders, forests, and resources. Where the MoEFCC ought to stand in support of conservation, it continues to introduce decisions through hasty and non- transparent processes that value exploitative corporate interests against local welfare. As concerned stakeholders, we express our apprehension at the nature of projects that are being pushed forward in the name of “development” in  our  regions.  We  stress  the  need  to  look  for  alternative  development  routes that are in line with the communities’ visions for themselves and their lands.

We demand a complete reversal of the clearance on coal-mining in Dehing-Patkai, on the decision for crude oil drilling in Dibru Saikhowa and reject the Etalin clearance in Dibang Valley. The undersigned condemn these unilateral decisions taken by the MoEFCC, NBWL and FAC and reiterate that the concerns of the people have to be addressed in a transparent and time-bound manner and that any such project affecting the ecology in the Northeast must be curtailed. We call upon the national and international community to stand with us in this struggle and express complete solidarity with the campaigns that have begun in opposition to these aforementioned decisions.