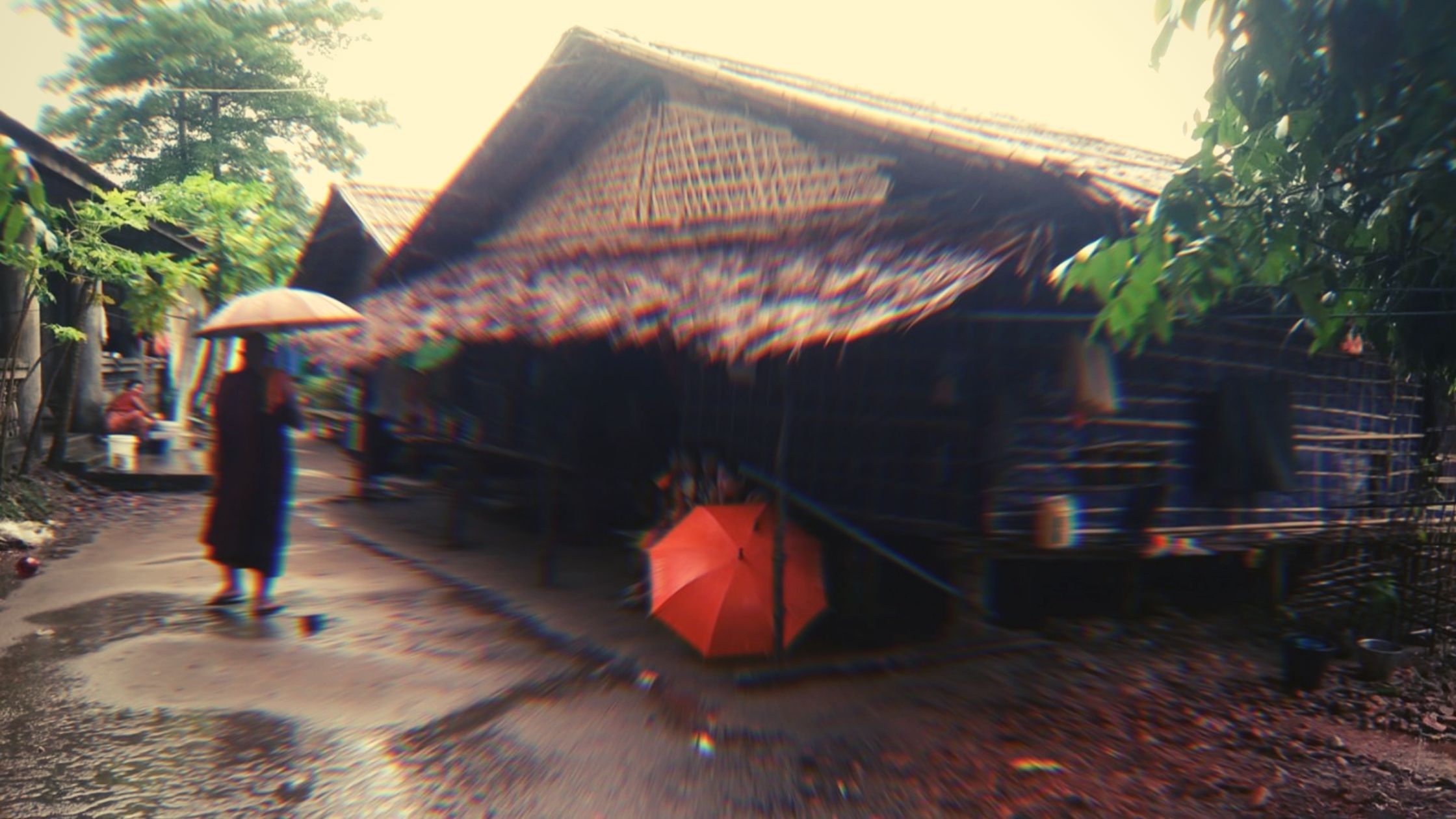 The Buddhist Sangha (order of monks) in Myanmar has been getting bad press in recent years due to the vocal, extremist monks and senior abbots who twist the Teachings to serve certain institutional ends. I keep my distance from all of that.

Since most of the current Internally Displaced Persons (IDPs), 200,000 of them, in Rakhine State are quartered and looked after at monasteries across the northern parts of the state, I wondered how the monks there would be like. I need not have worried. There are 22 such places in Sittwe alone, and ten get some government assistance.

Those that I went to are very much in keeping with age-old traditions of sanctuary and benevolence to those in need. There could well be ultra-nationalist monks stoking radical sentiments, but I didn’t meet any. I am sure that this kind of altruism is a common thread in such situations, no matter what the religion may be.

The facilities available and capacities may vary across those monastic centres, but overcrowding is universal. While showing me around, one sayadaw (abbot) said to me, “I can never bring myself to say no to IDPs seeking shelter at my monastery.”

Even half the space at the monastery’s small clinic is now occupied by recent arrivals. I don’t want to make too much of a point, but one tends to see more of this dedication among the Arakanese sangha.

There is a monastery run by Arakanese monks in Kolkata, not far from the airport. One entire block is given over to patients with chronic kidney ailments who have gone to India for treatment. We all know that renal surgical operations and therapies are of long duration and expensive, so that monastic facility must be of great benefit.

I have done my bit of travelling on my own to the centres of Buddhist pilgrimage in northern India, and the oldest, biggest and best-known monasteries are of Arakanese origin.

That morning in Sittwe, I was at a well-appointed and admirably-run monastery, and also at one at the edge of town that was much less so. Rainshowers in mid-monsoon Rakhine are like buckets of water thrown at you. The footpaths and rickety bridges are slippery with mud and I took off my sandals to better navigate them.

The monks are very concerned for the IDP children missing out on their education, and wherever possible, arrange classes and volunteer teachers. At least in the urban centres, donors bring supplies, like rice and cooking oil. But ‘everyday’ items, like curry and firewood, are the monastery’s responsibility.

The abbot jokingly remarked how much he has to spend even for a simple egg curry for the IDPs. He has also trained four of the brighter, smarter IDP teenage girls in basic health care. They sat in a row, clean and neat, wearing face-masks and what are actually pajamas in the West.

I asked where they are from, and they said from villages in townships on the northern reaches of the state. I had heard of entire families hiking all the way to the safety of Sittwe, so I asked how they had come. The reply was “taung chaung”, which I didn’t comprehend. It literally means “hill and river”, and the elders explained that it is an expression that stands for ‘on foot’, much like saying you cross three ranges to get here. It is a quaint and evocation expression.

There is no separate Arakanese language, and what people speak is a dialect of Burmese. The script and writing are exactly the same. The Buddhism practiced here is the same Theravada, although there had been significant Mahayana influences in the past. The Arakanese dialect can be said to be an archaic version of Burmese, but more research is needed on this.

So with this amount of common heritage, why then the conflict between the Arakanese and the Burman-dominated government?

All of Myanmar’s present conflicts are ethnic-based. A number of the ethnicities at odds with the central government are non-Buddhist, and a lot is being read into this. Some officers from the Myanmar military once remarked to a visiting EU delegation: “it is not difficult for Europe to form a Union since most of Europe is Christian”.

This illustrates the limitations in conceptualising unity in Myanmar. A Shan friend also said to me that even though Shans and Burmans are largely Buddhist, they are fighting each other. The answer of the moment is that there are many other factors that over-ride the fact of being Buddhists. Political recognition is just one of them.

Another bedrock fact is that the Arakan monks that I had the good fortune to meet happen to be big-hearted men who were answering their calling in this hour of need. They are surely easing the pain and distress of the displaced civilians in their own ways.