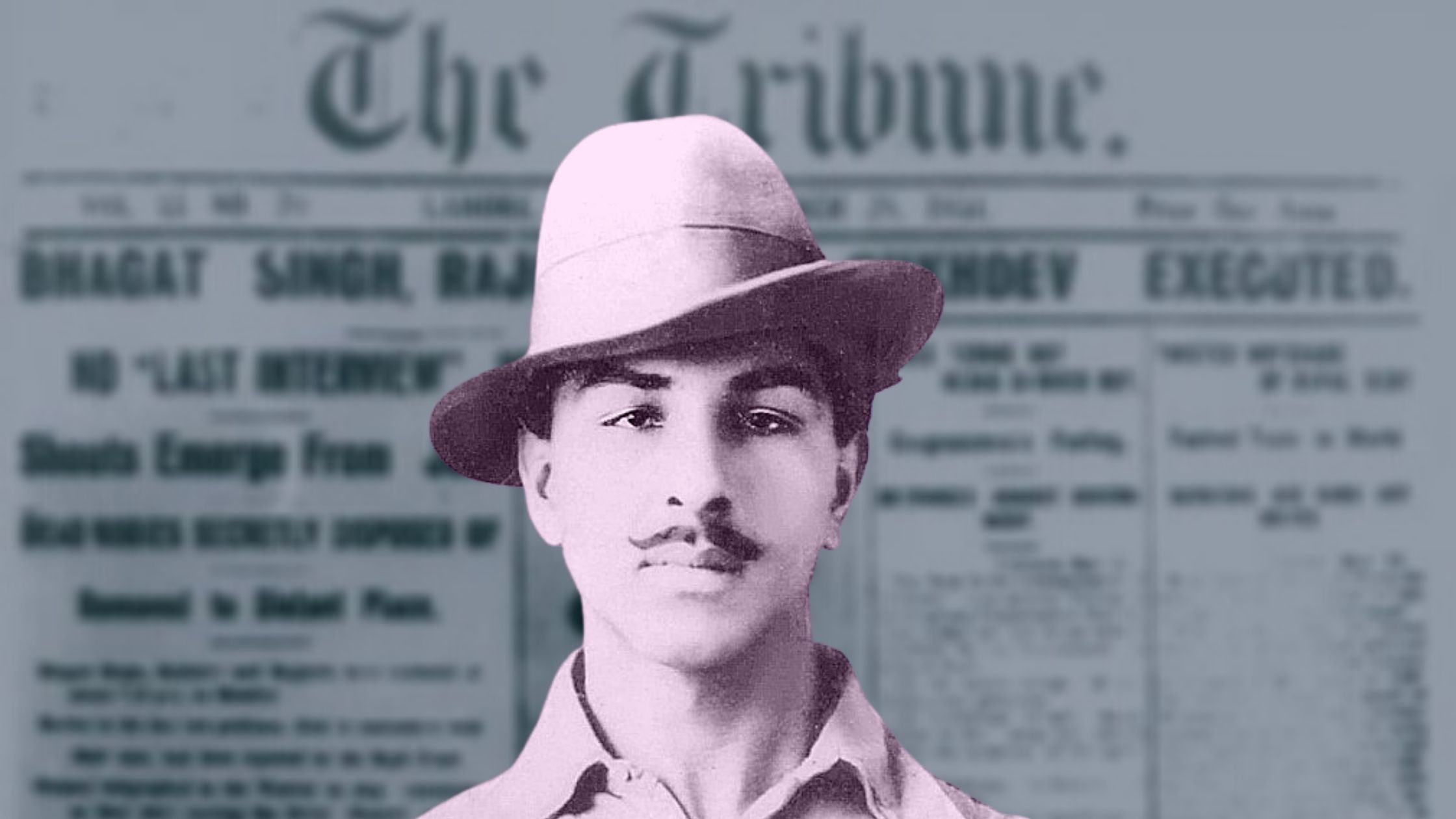 Two hours before his hanging, the Indian revolutionary, Bhagat Singh, was asked by his lawyer, Pran Nath Mehta, if he had any message for the nation. Without taking his eyes off from the book The Revolutionary Lenin that he had just started to read, he replied “Down with Imperialism and Long Live Revolution”.

When further asked if there was anything else he desired, he said, “Yes, I want to be born again in the same country so that I can serve it again.”

By making the supreme sacrifice, he had indeed served the nation. But his work was incomplete. Bhagat Singh wanted not only India, but all the enslaved countries in the world to be free. He and his comrades dreamt of a global federation that would “redeem humanity from the bondage of capitalism and misery of imperial wars….”

He had once written to his mother Vidyavati Kaur: “Ma, I have no doubt that my country will be one day free. But I am afraid that brown sahibs are going to sit in the chairs the white sahibs will vacate”.

Rather than achieving freedom from the British alone, he wanted to work towards building an India free from poverty, socioeconomic disparities and exploitation.

“By ‘Revolution’, we mean that the present order of things, which is based on manifest injustice, must change,” Singh wrote.

He further wrote that the struggle in India would continue “so long as a handful of exploiters go on exploiting” the labour of the common people for their own ends. It matters little whether these exploiters are “purely British capitalists, or mixed British and Indians, or even purely Indian.”

The five letters of Bhagat Singh discovered in 2017-18 reveal that he was a champion of rights. These were found from a family paper of his brother, Ranveer Singh, whose son, Sheonan Singh, served in the Indian Army with distinction and retired as Major General a few years ago. As Sheonan Singh could not read Urdu, he gifted the papers to the Khatkar Kalan Bhagat Singh Memorial Museum.

Also read ‘Chhatrapati Shivaji Maharaj, a Ruler for the Masses’

These letters show that Bhagat Singh wanted to fight for the right to information, that too during British colonial rule. Only decades later, was the Right to Information Act passed by the Indian Parliament in 2005, later augmented by the Whistle Blowers’ Protection Act in 2011.

In three of these letters, he was expressing his strong resentment at his mail being intercepted in 1926. He was also asserting his right to privacy. He was way ahead of him time. Unlike Germany, Switzerland, Finland, South Africa, Australia, and Canada, we did not have the Right to Privacy as a Fundamental Right till 2017. The Supreme Court’s nine-bench judgment of 2017 established it as a ‘Fundamental Right’ and opened the way for the enactment of a comprehensive law on privacy.

But about a century ago, under the mighty colonial rule of the British authorities, Bhagat Singh was asserting his right to get a reply as an honest citizen over the interception of his mails. He wrote to the Chief Secretary of the Punjab government, H D Craik, who replied that it was the Governor of Punjab himself who had ordered the interception and censuring of his mails. One wonders how a powerful colonial regime got so intimidated by a 19-year-old boy that it had to come clean on an underhand operation.

Three days before Bhagat Singh’s execution on 20 March 1931, Subhash Chandra Bose, at Azad Maidan in Delhi, said, “Bhagat Singh is today not a person but a symbol. He symbolises the spirit of the revolt which is abroad in the country.”

Bhagat Singh, on his part, was clear headed about his revolutionary goals. He said:

“The term revolution was too sacred, at least to us, to be so lightly used or misused. ….Revolution was an act of defiance, not of violence. It was an ideological war. On the other hand, terrorism did not go beyond the limits of revenge. It was anger against an individual, not the establishment. It aggravated violence and sidetracked the issue of social transformation. It only instilled fear.”

“A revolutionary fought for the improvement of the society that oppressed him. He was part of it. At the same time, he tried to transcend it through his efforts for change. His struggle was against the system, the exploitation of man by man, nation by nation.…. Revolutionary change was a qualitative alteration of existing social relations and created new human beings who were superior in moral and material terms..… violence was a phase, an evitable phase of the revolution.”

He believed personal glory of the revolutionary was never greater than the political significance of actions. According to him, force when aggressively applied was nothing but violence and morally unjustifiable, but when used for a legitimate cause, had moral justification.

Also read ‘“We’re All Part of the Same Slaughterous History”: An Open Letter to Safoora Zargar‘

Bhagat Singh was fully aware that Revolution was “not the romance of the pistol but a self-inflicted ordeal of suffering.” One can understand this by recalling the hunger strike and unbelievable endurance mounted inside the British jails by him and his comrades.

Revolution was not a philosophy of despair or the creed of desperados. It was a vital living force that was indicative of eternal conflict between the old and the new, life and living death, light and darkness. Without it, there could be no progress either in nature or in human affairs.

In 1930, the revolutionaries wrote:

“It (revolution) will bring joy and prosperity to the starving millions who are seething under the terrible yoke of both foreign and Indian exploitation.”

Today, the miserable conditions of a million starving Indians are perpetuated by a nexus of vested interests of political parties, bureaucracy and big businesses which are largely Indian. Indeed, Bhagat Singh’s understanding of capitalism and society continues to hold firm relevance nearly 90 years later.