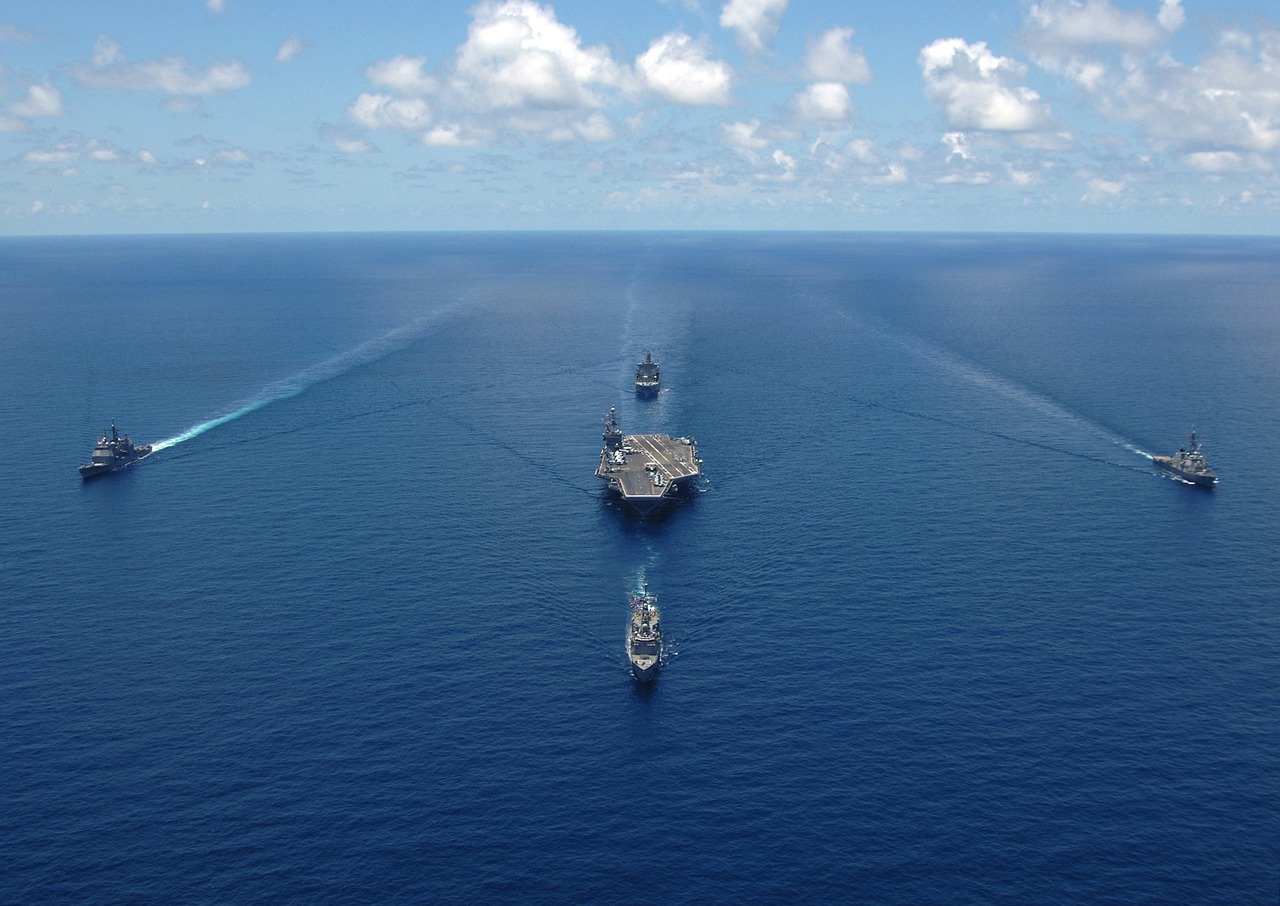 After the Second World War, the colonial and imperialist powers created a bipolar world order by establishing powerful collectives like the North Atlantic Treaty Organization (NATO). The idea was to destroy every alternative – for instance, the Soviet Union experiment – and establish capitalism as the only political and economic ideology.

The hegemonic world politics emanating from it during 1945-1953 created conditions for the growth of the Cold War from 1953 to 1962. The temporary peace during the détente ended with the renewed tensions between Washington and Moscow.

From the Cuban Missile Crisis of 1962 to the Euromissile crisis of the late 1970s, the world witnessed in plenty the many imperialist maneuvres to dominate political power and control economic resources of the newly independent countries in Asia, Africa and Latin America.

The cold war ended with the fall of the Berlin Wall in November 1989, but the imperialist war machine did not stop. It was further strengthened by the formation of new imperialist alliances after the fall of Soviet Russia in 1991.

The US emerged as the dominant imperialist power after the fall of Soviet Russia. NATO-led American and European imperialism has produced deaths and destitution in Asia, Africa, Eastern Europe, Middle East and Latin America. NATO continues to play a significant role in consolidating American imperialist hegemony. The rise of China as a formidable power appears to be challenging this dominance today.

Today, Washington is on an overdrive to reverse the conditions for a multipolar and democratic world order. The salvo of US imperialism is threatening world peace by reviving its anti-Asian imperialist projects through regional and global anti-China formations.

NATO was the first major form of imperialist collaboration, which continues to exist and expands its military adventures to change political regimes in the name of democracy. In reality, the NATO prefers right-wing and authoritarian client states and dictatorial governments. From Asia to Latin America, Middle East, the organisation has played a major role in the withering away of democracy.

The groupings and regroupings of nation states by forming economic, political, religious and cultural blocks are shaping a new form of imperialist polyverse within an increasingly fragile world order.

The NATO, as an organisation, should have been abandoned after the fall of Soviet Union. But it has started proliferating in the name of expanding free market democracy. From the Conference on Security and Cooperation in Europe (CSCE) to the creation of the Organisation for Security and Cooperation in Europe (OSCE), the NATO has played a key role in propping up neoliberal formations.

The NATO also established the anti-Communist Visegrad Group to implement its imperialist military ideology. The Central European Free Trade Agreement (CEFTA) was a product of this ideological narrative within the framework of free market democracy to consolidate European and American capitalism.

The social, economic and political perils of Europe today are products of its own making. The military-industrial complex and corporate alliances are destroying liberal democracies in Europe and diminishing their economic strength by marginalising Europeans. The proposed Transatlantic Trade and Investment Partnership (TTIP) between the European Union and the United States is a further consolidation of transatlantic capitalism, which will accelerate the marginalisation of working peoples in Europe.

The NATO and its ideological frameworks of capitalism, colonialism, imperialism and wars are de-territorial by nature. Its global ambitions cannot be confined within a specific boundary. It intends to dominate the world in political, economic and cultural terms by expanding capitalism (alias free market democracy) with brute force.

It forms alliances with reactionary religious, cultural and political forces to dismantle and replace democracies with dictatorial and authoritarian regimes. The NATO’s wars for democracy are in reality regime changes by military means. The wars and conflicts in Latin America, Africa, Middle East and Asia are part of the organisation’s design to establish friendly regimes concomitant with interests of American and European imperialism upholding the interests of the capitalist classes.

The NATO has now indirectly established an informal strategic forum called the Quadrilateral Security Dialogue (Quad) between the United States, Japan, Australia and India. The mission and vision of such a strategic forum was shaped by the NATO think tank, Center for Strategic and International Studies (CSIS).

The CSIS Alliances and American Leadership Program are pushing the Quad towards a formal military alliance, like the NATO, in the Asia-Pacific (correspondingly known as the Indo-Pacific by some countries) region. So, the Quad the becomes an ‘Asian NATO’. The CSIS calls it ‘the Diamond.’

Former Japanese Prime Minister, Shinzo Abe, called it an “Arc of Freedom and Prosperity.” It sounds exactly like the ‘Charter of Paris for a New Europe‘ based on the principles of the Helsinki Final Act, which proclaimed to “build, consolidate and strengthen democracy as the only system of government.” In reality, it accelerated the establishment of unfettered capitalism in Europe.

Also read ‘Failed Venezuela Raid: US Has a History of Using Mercenaries to Topple Other Regimes‘

The Quad is against Asia and interests of the Asian people in letter and spirit. The central idea is to contain and destroy the Chinese model of economic development by fueling regional wars and conflicts between India and China. It is against the peace and prosperity in Asia. It is against regional and world peace.

The Quad was informally created during a natural calamity, like Tsunami, and attempts are being made to formalise it during the ongoing global health crisis. How do military exercises help in disaster relief and rehabilitation of people?

Human tragedies are inseparable part of imperialist designs. The outcomes are not going to be different. If the dreams of the Quad become reality, it would be a disaster, which would threaten peace in Asia and destroy prosperity in the world.

The Group of Seven (G7) countries – Canada, France, Germany, Italy, Japan, the United Kingdom and the United States – are expanding their political, economic and regional base by formally adding South Korea, India, and Australia into the group. It has been rebranded as the ‘D-10’ – a group of ten leading democracies in the world. It is promoted by Washington and Westminster to isolate China and its role in world politics and economy.

There are no political, economic and ideological coherence between these countries. The anti-Chinese, anti-socialist alternative and unfettered capitalism are three defining binding forces for such an alliance. It does not care about issues of people and their living conditions in these ten countries.

In short, the D-10 is an extension of American and European capitalism and its dominance. Countries like Spain, the Netherlands, Sweden, and Poland are going to be occasional participants. British Prime Minister Boris Johnson calls it as a golden opportunity for ‘Global Britain.’

From NATO, Quad to D-10 – the troika of imperialism in all its reincarnations follows its old maxim outlined by Hastings Ismay in 1949 – to “keep the Soviet Union out, the Americans in, and the Germans down.”

In 2020, the maxim is to check the rise of peace and prosperity in Asia by fueling conflict between Beijing and New Delhi. The conflicts and wars in Asia will accelerate economic growth in America and Europe through accelerated defence trade.

The military-industrial complex will be the net beneficiary at the cost of people, their lives and livelihoods, which it will ruin in their path towards economic and social progress. Historically, old and new imperialisms in all their reincarnations are against peace and human values of freedom and democracy. It is within this context that the world needs an anti-imperialist front to struggle against all forms of imperialism at home and abroad.

Regional peace and prosperity in Asia depend on Japan, India and China, whereas world peace depends on its international commitment to fight imperialism in all its forms.

Is the Self Sovereign? Ruminations on Human Agency.