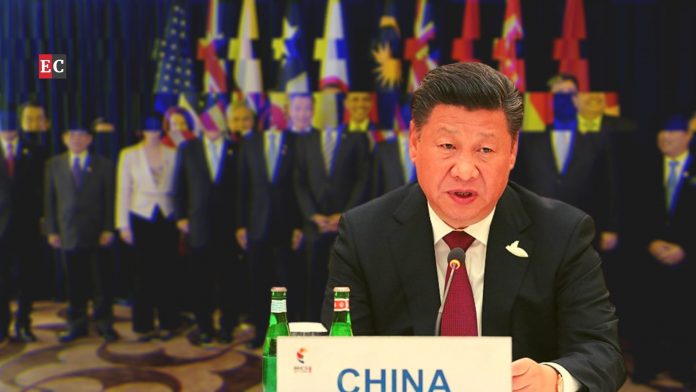 This sudden enthusiasm to join the CPTPP has caught many commentators by surprise, as the Trans-Pacific Partnership (TPP) was originally an American initiative forcefully pushed by then President Barack Obama to counter China’s growing economic sway in Asia.

In fact, it was considered an important component of Obama’s ‘Pivot to Asia’ strategy, and was seen as a “benchmark for future trade, but one that China might not be able to reach.”

President Donald Trump, after taking over, signed an executive order to withdraw from the TPP.

“Great thing for the American worker what we just did,” Trump had said.

The same TPP was restructured by the remaining 11 countries, including Japan, as the Comprehensive and Progressive Agreement for Trans-Pacific Partnership (CPTPP). It now generates $147 Billion without Beijing and Washington.

China’s recent keenness to join the CPTPP is in stark contrast to its initial uneasiness with the TPP. In the recently held Asia-Pacific Economic Cooperation forum, Chinese President Xi Jinping announced that “China will favorably consider joining the CPTPP.” This was the second such indication made by China, with even “Premier Li Keqiang stating that China was open to joining CPTPP” in May.

By expressing its willingness to join the CPTPP after joining the RCEP, Beijing is seeking to send out a message that unlike the US under Trump, China is committed to multilateralism, globalisation and free trade.

Japan too has spoken about expansion of the CPTPP, which is being seen as an indicator of Tokyo being open to bringing Beijing on board (in addition to the UK). Prime Minister Yoshihide Suga recently commented that “Japan aims to expand a major regional free trade pact called the CPTPP.”

Despite Obama’s emphasis on ‘Pivot to Asia’ to contain China, American presence in Asia has been decreasing over the years. For instance, apart from economic issues, the US has had differences with South Korea and Japan over strategic issues, and China has been positioning itself as a pre-eminent power in the region.

Even under the incoming Joe Biden administration, joining CPTPP doesn’t seem very easy for the US, with the Republicans retaining the Senate. Not just states which Biden has managed to wrest back from Trump, but even core Democrat supporters are likely to oppose US getting on board the CPTPP.

Moreover, prominent Democrat figures, such as Hillary Clinton and Bernie Sanders, have been critical of the TPP. Biden too has been guarded in the past, and has said that it would be tough for the US to join the TPP in its current form.

Washington’s increasingly insular narrative in recent years only adds to China’s overall enthusiasm to fill the economic power vacuum that the US has left, as evident in its attempts to join CPTPP. At the same time, Biden is keen to reverse Trump’s zero-sum economic approach with US allies.

When asked about the RCEP deal, Biden was quick to state that the US should work with liberal democracies and needs to prevent China from setting rules of the game.

A greater Chinese role in Asia

But joining the CPTPP would mean that China will have to commit to the requirements on data flow and state-owned enterprises, which was a major concern China had under TPP. Yet, Beijing joining the trade pact would translate into more trade benefits for Japan. Their economic transactions would be conducted under the high standards stipulated in the pact, which will benefit the Japanese industry chain.

With Japan leaving the door open for the US and China’s recent interest in joining the CPTPP, Tokyo, which has spearheaded this pact, will play a role in balancing the two powers in the forum. This would help in expanding Japan’s role in the Asia Pacific region as well.

The US faces an important challenge. While on the one hand, Biden will not be able to ignore domestic public opinion, and an increasing suspicion of trade agreements, he cannot afford to see Washington ceding space to Beijing.

While Biden’s emphasis on joining hands with democracies to counter China’s increasing domination is laudable, he needs to have a clear economic vision in place. He must also explore ways through which the US does not remain aloof from important trade agreements such as the CPTPP.