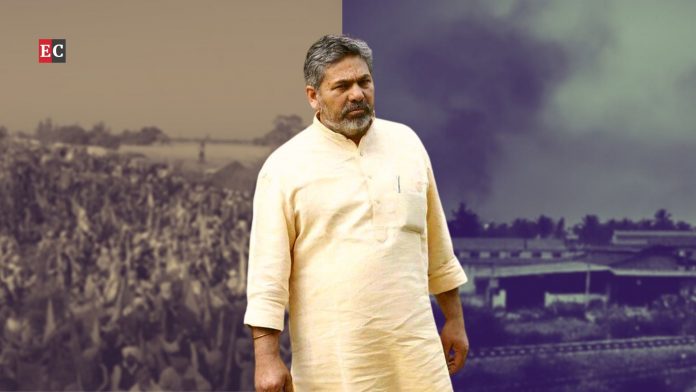 I have read several posts on social media in the last few days where people are expressing apprehensions and even anger over all the excitement around Rakesh Tikait, leader of Bharatiya Kisan Union (BKU) who is currently leading the anti-Farm Law protest at Delhi’s Ghazipur border.

Most of that anger stems from BKU’s irresponsible role in the 2013 sectarian violence in Muzaffarnagar and Shamli districts in the West Uttar Pradesh (UP). It’s been over seven and a half years since that madness engulfed West UP. We saw BKU split and many new factions emerged. The noticeable split was the breaking away of Gulam Mohammad Jaula, the biggest Muslim leader of BKU and often considered the late, Baba Tikait’s right hand man.

Interestingly, once Ajit Singh and Jayant Chaudhry lost their elections in 2014, many older Jats in the region were crestfallen. Many of them sobbed ‘Humne Chaudhry sahab ko kaise hara diya’. Many Jats (particularly of the older generation) were always upset with their younger generation for indulging in the violence of 2013. Secretly, between sobs they’d often say, ‘I hope it’s not too late before our youngsters realize where they’ve gone wrong’.

This is not to insinuate that elders from the community were not involved in the violence. But those who had seen the heydays of BKU and Rashtriya Lok Dal (RLD), understood the futility of the madness. They understood that Muslims of the region were an inseparable part of their existence (within which there are contradictions of caste within Muslims in the region, but that’s another topic of discussion).

Some local level Jat leaders, like Vipin Singh Baliyan, among others, put in their share of effort to undo the Hindu-Muslim rift. Such efforts, while commendable, were small and only a small drop in an ocean of hatred and bitterness that West UP had become.

Around five years after the riots, there were finally joint Hindu-Muslim Kisan Panchayats, led by people like Thakur Puran Singh, Ghulam Mohammad Jaula and others. Finally, there was a massive rally led by Rakesh Tikait just before the 2019 elections, that came to Delhi with a set of 10 demands. Both Hindu and Muslim farmers participated in that rally. Many other Unions extended support to the movement. Delhi was again under siege.

However, even though all the demands hadn’t been met, the rally was called off. Many were upset. Many felt that he had been bought over by BJP.

After 2019, there were many protests in Muzaffarnagar and Shamli districts led by BKU. What was interesting was the presence of many Muslim farmers at the protest demonstrations. Many were post-holders of BKU as well. It was evident that Rakesh Tikait was trying hard to revive BKU. Naresh Tikait had evidently been sidelined.

Also read ‘Not Just Agriculture, the Farmers’ Protests in India Are Also About a Weakening Federal Structure‘

Even in the 2013 Mahapanchayat where the Bharatiya Janata Party (BJP) had completely hijacked the BKU stage, it was Naresh who was seen on stage with BJP leaders. He continued to make inflammatory statements even after the 2013 violence. Over the last 2-3 years, it seems that Rakesh has taken over the reins of the Union and sidelined Naresh because of the communal politics one has begun to associate with him. Whether this is an ideological clash between the two brothers or a tactical move, only they know.

Finally, once the anti-Farm Law protesters reached the borders of Delhi, everyone had their eyes set on the Ghazipur border as well. Why wasn’t West UP joining the protest with the same intensity and fervour that their farm movements have been known for?

Truth be told, while many farmers were very keen to join the movement, there lay a massive trust deficit with Rakesh Tikait. Many suspected that he was a BJP agent who could flip any minute. However, the events on the night of 27 January at Ghazipur border have changed that perception.

A large police contingent was out to remove the protesting farmers from Ghazipur border. The very emotional appeal by Rakesh Tikait in a video message where he was crying has stirred West UP farmers in action. Among the most prominent things he said was the admission of guilt of once having supported BJP, a decision he said he will always regret. That night itself thousands of people gathered outside Tikait’s house in Sisauli village in Muzaffarnagar district.

Two days later, on 29 January, a historic Mahapanchayat took place in Sisauli village. Several thousands attended that Panchayat. Among the key speakers at the Panchayat was Ghulam Mohammad Jaula. He minced no words:

“The two biggest mistakes you’ve made so far”, he said, “One, you got Ajit Singh defeated, and two, you killed Muslims.”

Interestingly, there was no booing, no attempts at shutting him up. There was pin drop silence. Introspection.

Other speakers said, “We will never get carried away by BJP again.” A very rare decision was taken at the historic Panchayat – to boycott the BJP. It is rare for Mahapanchayats to publicly disown a political party. Even today, as the groundswell of support from farmers keeps increasing at the Ghazipur border, from districts like Baghpat, Muzaffarngar, Shamli, Meerut and others, you will hear similar views being echoed.

“2013 was a big mistake.”
“BJP abused our anger, and we got carried away.”
“BJP and SP are responsible for the 2013 situation.”
And most importantly, “BJP grew in West UP in 2013 because of the Muzaffarnagar riots, it’s downfall will also begin in the same Muzaffarnagar.”

The most prominent slogans of BKU, “Har Har Mahadev, Allahu Akbar”, which echoed through the boat club in 1988, may soon be back.

Does this easily erase the past? Does this heal wounds of 2013? As someone who made a film on the 2013 Muzaffarnagar riots and having seen the trauma, destruction and polarisation they caused, I don’t have an answer. Maybe. Maybe not. That 60,000 people, essentially Muslims, who were displaced and will never go back to their native villages.

Should many, who were also responsible for the violence in 2013, but today regret the past be given a clean chit? Is this genuine redressal? I don’t know.

What I do know, is that West UP has suffered enormously because of the violence of 2013. The spiralling effects have been grave. Many continue to suffer. Yogi Adityanath as Chief Minister of UP wouldn’t have been possible had it not been for 2013, and perhaps Narendra Modi as Prime Minister as well.

What I do know is that the recent events at West UP will go a long way in healing and bringing back some peace in the troubled parts of the region. Even personal relations between Hindus and Muslims will see renegotiations. This is not to suggest that everything will change. But each such small and big step counts for something.

While many raise apprehensions about Rakesh Tikait even now, and perhaps rightly so, I also appeal to the same set to be patient in the way they approach this situation. It’s a difficult time, and such churnings are crucial. The damage that BJP has done to India will take very long to amend. Sometimes, even fraught with contradictions. Impulsive reactions won’t help anyone.

Many fault lines still exist in West UP. Unlike Punjab where militant Farmers Unions have been active for many decades, Haryana and even West UP (including BKU) rely on Khaps to mobilise farmers. Feudal attitudes will take time to break down. But the Mahapanchayat on 29 January was a sure, small but significant, step towards the democratisation of that society.

As my friend, Amandeep Sandhu, pointed out, the title Muzaffarnagar Baaqi Hai… was truly prophetic.

This was originally posted on the author’s Facebook profile and has been republished (with minor edits) with permission.

is an Indian documentary filmmaker and director of Muzaffarnagar Baaqi Hai… (Muzaffarnagar Eventually…), a deep-dive into the build-up to the 2013 Muzaffarnagar riots in Western Uttar Pradesh. He runs Chalchitra Abhiyaan, a film and media collective.