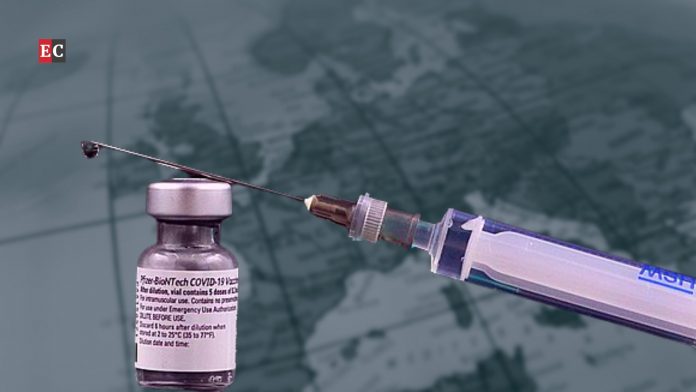 India is currently witnessing a dramatic surge in COVID-19 cases as a lethal second wave sweeps across the country. According to Worldometers, a staggering 386,888 new cases were reported on 29 April, alongside 3,172,906 active cases and 3501 deaths. So far, 18,881,587 people have contracted the virus in India, and 208,952 amongst them have died.

This unprecedented situation, naturally, has created mass panic. More and more people are now eager than ever before to get vaccinated at the earliest to escape the new fatal variants of the virus. But, the vaccination drive, touted as the largest in the world, has not been able to meet the demands of its populations in every state. Shortage of vaccines have caused the closure of vaccination centres in several states, of which Maharastra and Kerala are the most recent.

It is likely that similar closures in other states will take place in near future given the rush amongst the panic-stricken masses to inoculate themselves. It is ironical that a country that is believed to produce more than 60 percent of world’s vaccines and having the largest number of pharma companies is falling short of the stockpile for its own population. Why is this happening?

To answer this, we need to critically look into the politics of vaccine production and its distribution right from a global perspective to a parochial or regional level.

Last year, as the pandemic rage, a massive push for development of a vaccine with the aid of developed nations (to drug companies) had created an environment of competition among multiple vaccine candidates in their bid to get approval by passing all clinical trials.

Thus, the entire drive of making vaccine-related policies and its distribution fell into the hands of the wealthy countries, with bare minimum possibilities available for developing countries. This brought to light global inequality over vaccine development and their distribution, as the skewed possibility of the needs and aspiration of the wealthy nations being favoured over the rest became clear.

Many bilateral deals between governments of rich countries and pharmaceutical companies were signed from last year till the beginning of 2021. On the other hand, firms preferred to sell in these bilateral deals because they could charge higher prices for making profits by keeping secret the basic elements of the deal, including the price at which the vaccines were being provided to these governments.

This clearly indicates how vaccines grabbing and stockpiling by rich countries could adversely affect global distribution, mostly in low-income countries. Even WHO expressed apprehensions regarding unequal distribution of vaccines among countries.

In mid-January 2021, the Director-General of WHO, Tedros Adhanom Ghebreyesus, noted that while 39 million doses had already been administered in rich countries, only 25 doses had been given to one “lowest income nation” and 170 poorest countries had received no vaccines at all. Ghebreyesus said:

“I need to be blunt: the world is on the brink of a catastrophic moral failure — and the price of this failure will be paid with lives and livelihoods in the world’s poorest countries.”

In this context, India and South Africa brought a proposal to the floor of WTO in October 2020 to resolve the anomaly of unequal distribution and supply of vaccines. The main aim of that proposal was to waive off obligations to enforce patent and other intellectual property rights over COVID-19 vaccines.

Also read ‘COVID-19 Shows Only Multilateralism Can Save the World‘

Although many developing countries have supported the proposal, it was ultimately blocked by the powerful lobby of wealthy countries in the TRIPS council of WTO. This was so that they could make profits, reflecting their capitalistic outlook of maintaining monopoly over vaccine production and supplying those at differentiated costs to different countries.

Thus, in the case of COVID-19 vaccines, the big pharma companies are happy to supply rich countries that are already competing for privileged access to the limited vaccine supply, and therefore, are not really concerned about access to smaller or less well-endowed markets.

In this regard, noted Indian economist, Jayati Ghose, has argued that responses to such a proposal in the WTO have closely tracked the persistent divide between global north and south as rich countries in the Global North are home to major multinational pharma companies that have already secured more-than-required quantities of COVID-19 vaccines.

The shortfall of vaccine supply could be averted if WHO would take proactive action to enable global distribution by approving other vaccine candidates. This would be done by relaxing the regulatory standards set for less developed countries who have to go through a complicated and extended pre-qualification stage, unlike developed countries who are trusted with quality control.

Thus, the skewed process of approval by WHO that favours rich countries with regard to vaccines hindered vaccination drives in every part of the world. In this context, a reference can be made to the case of WHO’s approval of Pfizer Biotech vaccine at the end of 2020 within less than two months of its application, whereas the Russian (Sputnik V) and Chinese (Sinovac and Sinopharm) vaccines who had applied for approval even before Pfizer are yet to be given a green light.

This is despite the fact that several countries in Asia, Europe, Middle East and Latin America have already approved these vaccine candidates for domestic use and have largely benefited from them due to their effectiveness. India too has recently ordered Sputnik V vaccines from Russia to fill the shortage of vaccines in its immunisation programme.

In India, the EUA process is a regulatory mechanism managed by the Central Drugs Standard Control Organisation (CDSCO) that allows for expedited approval of vaccine countermeasures to mitigate the impact of life-threatening diseases.

However, over-enthusiastic attempts made by the Indian government to promote and then push certain vaccine candidates, especially the indigenously-developed Covaxin, even before the completion of all three clinical trials had created a state of aporia among the people over possible side effects. Such anxiety led multiplication of vaccine wastage in India during the initial phases of its vaccination drive as many reports of people in India, including health workers, refusing to get vaccinated surfaced.

Thus, the absence of Phase III trial data of the two vaccines in India aggravated the medical community’s vaccine scepticism and drove widespread rejections. To assuage the fear instilled among people, the Indian Medical Association (IMA) endorsed the vaccine and requested healthcare workers to voluntarily show up for the inoculation drive.

To mitigate the problem of vaccine wastage, the union Ministry of Health and Family Welfare issued a guideline to the states and union territories that wastage of COVID-19 vaccines was to be kept below 1%, and urged healthcare workers not to hesitate to get vaccinated and to show up to inoculation drives as a social responsibility.

However, another problem emerges not only for India, but also for the entire world as a result of the American President’s decision to invoke the US Defence Production Act that can obstruct the supply of important raw materials required in the process of producing vaccines. This act empowers the President to order domestic businesses and corporations to prioritise federal contracts for military purpose during crisis situations, such as natural hazards, terrorist attacks and the likes.

Recently, President Joe Biden has deployed this act to expand the production of the vaccine supplies as a part of a wide-ranging plan to deliver vaccines to 100 million people to fulfill his pledge within 100 days of his administration. But, such drives could have adversely affected the process of vaccine production in the rest of the world.

In this context, the CEO of Serum Institute of India, Adar Poonawalla, recently requested President Biden to lift the embargo on the export of raw materials required in the vaccine production process to resume large-scale production capacities and supply vaccines inside and outside India. But, the White House initially remained silent on the matter, and then defended the export bans on the pretext of vaccinating Americans before rest of the world.

Although, so far, vaccination drives have been running in all Indian states and union territories for everyone above 45 years, with the government announcing expansion to all adults from 1 May, many are still struggling to secure appointment slots for the jabs due to shortage of the vaccine stockpile, despite standing in long queues in front of vaccination centres in India.

As stated earlier, vaccination centres in some states have already shut down due to shortage of shots at a time when the positivity rate is soaring through the roof and thousands are dying the day. It is clear that India needs more vaccines and doses to meet the target of universal vaccination. As many experts have argued, in order to be in the safe zone, that is acquire herd immunity, at least 60%-70% of the total population needs to be inoculated at the earliest.

But due to the shortage of vaccines, less than 10% of the total population has so far been able to get the first dose of their shot. In order to deal with the problem of vaccine shortage, India has now allowed private entities to import approved vaccines for sale on the open market without government intervention. Not only that, the Narendra Modi government has also decided to waive its 10% custom duty on imports of COVID-19 vaccines.

Such policy decisions could further widen the gap between the rich and poor wherein the latter would be left out of the vaccination drive due to overpriced private vaccines.

Recently, SII announced that for the fourth phase of the vaccination drive, its Covishield shots would be available at a price of Rs 400 and Rs 600 for state governments and private hospitals, respectively. Bharat Biotech announced that each dose of Covaxin will be available at Rs 600 and Rs 1200 to state governments and private hospitals, respectively. Later, both slashed the pirces for state governments, with SII reducing it by Rs 100 and Bharat BioTech cutting it down by Rs 200.

No doubt, the liberal policy adopted by the government of providing free hand to private pharma companies to fix prices of vaccines for scaling up the production process would be fruitful in the future. Yet, its lopsided effect would be felt by the poorer sections of the people.

At a time when the entire global community should have come under a single banner to fight the deadliest virus of the modern age, selfish political decisions made by so-called developed countries in their own interests have brough upon doom for the lesser developed ones. Such catastrophic times only reaffirm inequalities at both global and regional levels, showing how the rich countries exploit the poorer ones for their own profit.

is an Assistant Professor at North Bank College, Lakhimpur (Assam). He is also a PhD scholar at the Tata Institute of Social Sciences (TISS), Guwahati, Assam.