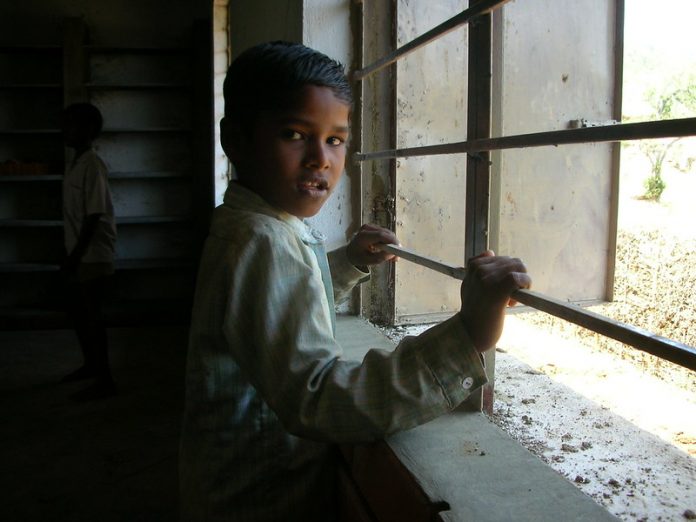 ‘Inclusive education’ is a popular catchphrase in modern India. Yet, the social, economic and political systems have long been feeding into discriminatory and casteist structures that only provide for the provided and gobble up the aspirations of the underprivileged and weaker sections.

The epic of Mahabharata, in recent times, has been reinvented and reinterpreted by many right wing policymakers to validate the apparent greatness of the Indian nation. This is also exactly my intention. In the epic, Eklavya, an Adivasi forest-dweller and Karna, the son of a charioteer, were denied access to education because of their caste and class. Nothing much has changed ever since. Institutionalised discrimination and hierarchical regimes have taken modern forms to oppress the historically-oppressed sections.

The educational institutions that are fully or partially funded by the Indian government have built its walls with the same Brahmanical bricks. According to recent report by the National Statistical Office (NSO), 70% of rural and 40% of urban India have failed to complete Class 10. Only 11% of the Indian population has completed a graduate program or above.

Privilege also finds its way into the process of getting enrolled in a reputed institute. Different universities hold different entrance exams to evaluate students for admission. To sit in that examination, the students have to fill up the form and pay a certain amount, which ranges from Rs 300 to Rs 1000 in most scenarios. How will a student whose parents are daily wage labourers or any are employed in other low-paying jobs afford to take these exams?

Entrance doesn’t ensure admission. So students, in order not to lose a year, apply to multiple institutions. Can someone who is not economically privileged have the resources to apply to multiple programs? If not, is it not the job of the government to ensure education to the ones who are willing to educate and elevate themselves? After all, citizens pay taxes to support precisely such agendas.

The Economically Weaker Sections (EWS) and caste certifications are affirmative policy tools that introduced to counter this very problem. But, the tedious and utterly bureaucratic process to attain a certificate often discourages the poor from applying. Often uneducated, they are incapable of indulging in these processes. Many of them then fall prey to middlemen who charge huge sums of money to do the same.

Also read ‘Beyond the ‘Final Letter’: The Different Meanings of Rohith Vemula’

Corruption among employees isn’t a new problem either, whose tone depends on the sophistication of the dress and the monetary benefits offered. So, if you are unable to pay for the service or don’t have the capacity to do it yourself, procuring a certificate – and the benefits that come along – becomes a herculean task.

In one such case, some students were unable to get caste and income certificates without paying bribe in the southern Indian state of Andhra Pradesh. It was alleged that certificates were not issued for petty issues if the bribe was not paid. So can the sanctity of public institutions be trusted with the responsibility of uplifting the masses when all they want to do is uplift their pockets?

The structure of the exams are very different from that of central and state education boards. The marginalised sections often study in state board schools due to relatively lower fee structures and government subsidies. So, to familiarise oneself with the methods and tricks of cracking such exams, it becomes necessary to get enrolled in one of the coaching institutes. These coaching institutes are, in no way, poor-friendly, given the astronomical sums of money most of them charge for enrollment and annual tuition fees, that too without any guarantee of a positive result.

So, how can a student who is economically challenged battle his scenario and rise? How can we call the race fair when the starting lines are so apart? Arguably, the definition of ‘fair’ is what the mainstream elites decide it to be.

With digitisation of education, India is once again forgetting the fact that it is a country of poor, marginalised people where only the policymakers are from rich, privileged backgrounds. Around 320 million students were affected, according to Save The Children Fund, because of the pandemic-induced decision to take the classroom to the virtual sphere. So, any demand for only online mode of education or examination is insensitive and completely alienated from the social paradigm of India.

The option of offline examination has to be provided and if possible, extra classes and adjustments of examination dates. Without doing so, the marginalised will suffer, thus widening the gap between the elite weath-holders and the working classes.

The culture of class-caste silencing has found newer instruments. Today, it has adopted sophisticated and subtle ways of alienation and discrimination. If we don’t allow the marginalised to be a part of the system, India simply cannot grow as a nation. Is it all about a trillion dollar economy that we care about now?

What will this country even do with a trillion dollars if it sacrifices half of its population to attain it?