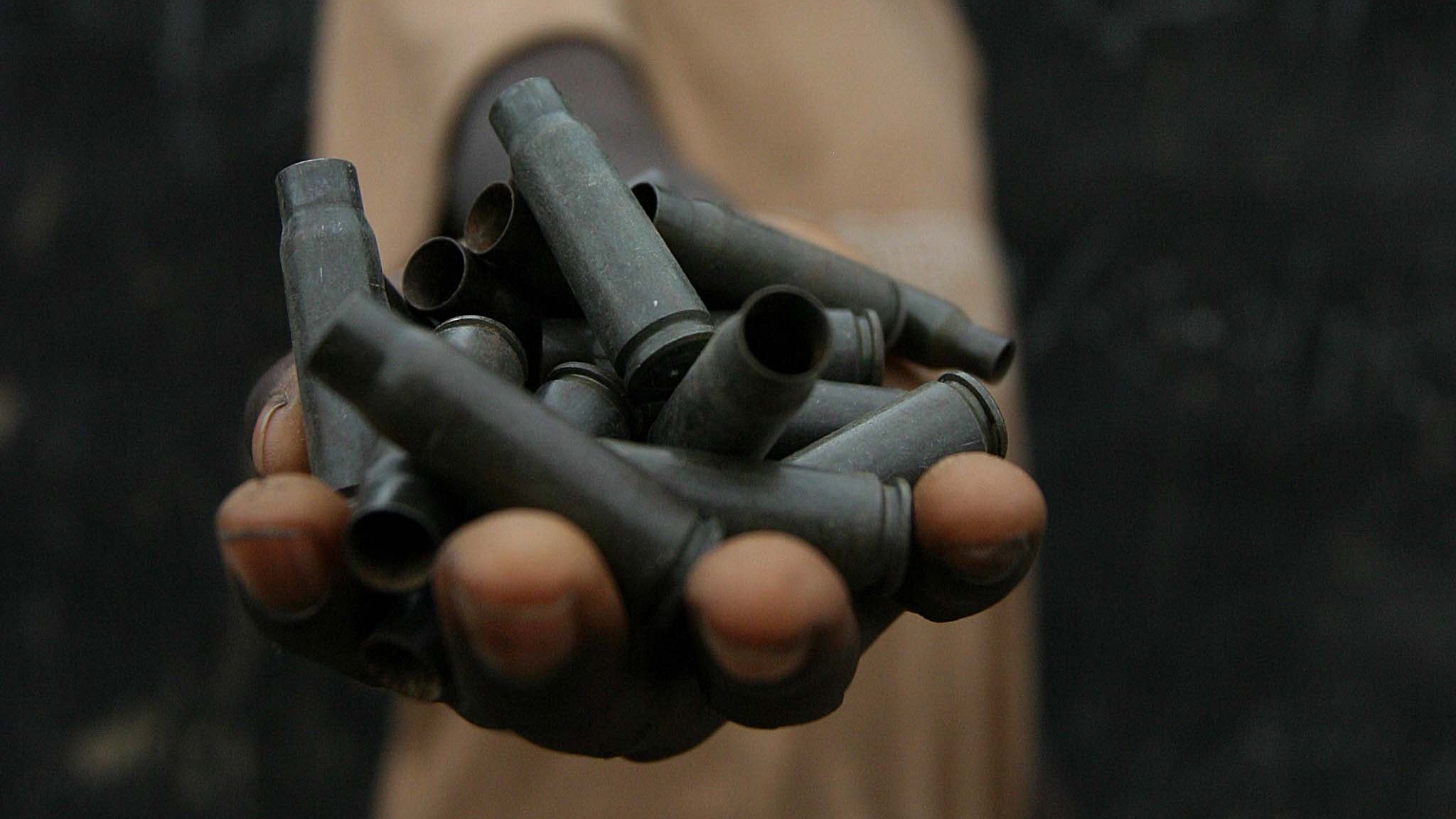 On 23 June, the Myanmar army released 67 child soldiers from its ranks. A ‘child soldier’ can be broadly defined as “any person under 18 years of age who is part of any kind of regular or irregular armed force or armed group in any capacity – including, but not limited to, combatants, cooks, porters, messengers and anyone accompanying such groups, other than family members.”

Myanmar (or Burma) is no stranger to child soldiers. In fact, it was once believed that there are more child soldiers in Burma than any other country in the world. The phenomenon has been all but ubiquitous amongst not just the several Armed Non-State Actors (ANSAs) in the country, but also the state’s own armed forces. With little to no scrutiny and accountability of state policy for the longest time, thanks to the erstwhile Burmese military junta’s stonewalling diplomatic conduct, children continued to be recruited in large numbers both into regular army ranks and ethnic militias with impunity.

But, a lot has changed over time.

Since the release of a damning report (My Gun Was As Tall As Me) by Human Rights Watch (HRW) in 2002, consistent and unrelenting pressure from the United Nations (UN) and international advocacy groups – most prominently Child Soldiers International (CSI) – has slowly but surely unraveled Myanmar’s cancerous problem of child soldiers. This in turn, has made obfuscating the phenomenon much more difficult for the Burmese state. The process has been given a further boost on account of certain historic developments in the country’s political system since the beginning of this decade.

Child Soldiers and The State

Recruitment of children into the state’s armed forces began at an unspecified time period after the military took over the reins of the country in the 1962 coup. However, the issue began to receive international attention only after the release of the 2002 HRW report. Subsequent monitoring by the UN and other international organisations revealed sinister patterns of child recruitment into the state’s armed forces, including but not limited to use of civilian brokers to garner recruits and direct conscription of homeless or orphaned children from public spaces by military personnel. Yet, till date, there exists no credible quantification of underage recruitment by the army.

As far as engaging the military government on this issue was concerned, the UN took the lead. It successfully pressured the junta into forming the Committee for the Prevention of Military Recruitment of Underage Children (CPMRUC) in 2004. Following this, the Special Representative of the Secretary-General for Children and Armed Conflict to Myanmar continued to report regularly on this matter, pursuant to a crucial Security Council resolution on children in armed conflict passed in 2005 (Res 1612). This further intensified international pressure on Burma’s military government, which had continued to remain complicit in the problem despite self-prohibition. The UN’s Country Task Force on Monitoring and Reporting (CTFMR) on Grave Violations against Children provided the solid empirical backing for it’s case.

Ultimately, after years of painstaking negotiations, a concrete protection regime came into being in June 2012 with the signing of the Joint Action Plan (JAP) between the government and the UN. The landmark agreement gave the armed forces 18 months to “take measurable steps to release and reintegrate children within their ranks and prevent their recruitment in the future”. Since then, the country’s 500,000-strong army – Tatmadaw Kyi – has released more than 745 child soldiers from its ranks while the Border Guards Forces (BGF) has decommissioned 1 (as of March 2016). Needless to say, these are not insignificant figures and shows the effectiveness of targeted external intervention on such issues.

Notwithstanding the above, it is crucial to note that through the past decade, the UN has dealt with restricted access and monitoring issues insofar as keeping tab of child recruitment into the state army is concerned. However, as time passed by and the international child protection regime got stronger, the Myanmar government gradually became more responsive and open to scrutiny, perhaps unavoidably so. Without this willingness shown by the junta the JAP would have remained a fantasy for core stakeholders.

It has been far more difficult to monitor and prevent underage recruitment by ANSAs, which in Myanmar’s case, are the many Ethnic Armed Organisations (EAOs) fighting for federal autonomy. This is because of the disparate and unorganised nature of the non-state domain, or the lack of a centralised authority that can be held accountable. Nonetheless, the UN and other international organisations have recorded multiple instances of ANSAs recruiting child soldiers.

In 2007, the Secretary General released a report outlining the use of child soldiers by ANSAs. Another one in 2014 enlisted seven ANSAs as active recruiters of underage soldiers, while noting that the UN had begun to “re-engage with armed groups”. This list includes the two largest EAOs in Myanmar – the United Wa State Army (UWSA) and Kachin Independence Army (KIA). Next year, in 2015, CSI released an extensive report titled A Dangerous Refuge, which delineated in great detail, underage recruitment by KIA. It stated that the group’s ranks consisted of close to 1000 child soldiers, mostly in the age group of 14-17. The HRW’s 2011 World Report too stated that ANSAs were actively involved in child soldier recruitment.

Insofar as bringing the non-state domain to account is concerned, some progress has been made. In November 2007, the Karenni National Progressive Party (KNPP)/Karenni Army announced that it had signed a ‘Deed of Commitment’ (DoC) to not recruit child soldiers, after consultation with UNICEF. In 2012, KNPP, along with another EAO, New Mon State Party (NMSP)/Mon National Liberation Army (MNLA), signed another DoC with the Swiss-based organisation Geneva Call.

Beyond these two EAOs, none of the other ANSAs have officially committed to not recruit underage soldiers. This is significant because the set of non-compliant EAOs includes those with disproportionately large armies, high strike capacities, and deep political influence. Without their cooperation, Myanmar will find it impossible to weed out the problem.

The Blessing of Democracy

Myanmar embarked on a landmark project of democratic transition, first in 2011 under the quasi-civilian, reformist administration of Thein Sein, and then in 2016 under the democratically-elected, civilian administration led by the National League for Democracy (NLD). The fact that this gradual opening up of Myanmar’s polity has offered new avenues for collective resolution of the child soldiers issue is undeniable.

But, how has democracy changed Burma?

For starters, it has created a favourable environment for peaceful settlement of the six decades-long armed conflict. State Counselor Daw Aung San Suu Kyi, right after coming to power last year, spelt out her administration’s topmost priority very clearly: ‘national reconciliation’. To this end, her government created a massive dialogue structure with the intention of addressing the myriad political, economic, social, and security-related issues that await resolution.

Democracy has also ushered in a coterie of hitherto nonexistent stakeholders into Myanmar, including international organisations, advocacy groups, and the free press that were earlier kept at bay by the military junta. More importantly, the peace process itself is being steered by external donor interests that primarily intend to ostensibly stabilise and democratise the politics of Burma for foreign investments to flow in. This naturally translates into much deeper scrutiny of state policy than ever before. In simple words, the Burmese state can no longer get away with arbitrary policymaking and brash unilateral action.

All of this means that the so-called international community is now better postured to work with Nay Pyi Taw to permanently and sustainably end recruitment of child soldiers. Needless to say, it will be easier to engage with a democratic leadership – that too one with a Nobel Peace Prize – than with an authoritarian regime. Furthermore, under the Nationwide Ceasefire Agreement (NCA) of 2015, which is the foundation of the peace process, and the revamped 21st Century Panglong Conference (21CPC), the government has been able to bring almost all armed groups together for talks, notwithstanding the fact that several of them haven’t signed the NCA yet.

Thus, the government itself is now better equipped to engage with core stakeholders to find a workable solution.

Roadblocks and the Way Ahead

There are several critical factors that continue to hold Myanmar back from ending underage recruitment into state and non-state armies.

First, Myanmar is yet to ratify the UN’s Optional Protocol to the Convention on the Rights of the Child on the Involvement of Children in Armed Conflict. Doing so would render the country far more accountable to the global protection regime than it is now.

Second, the military still commands considerable influence over decision-making in post-2015 Myanmar. Besides the 25 per cent parliamentary seat share that it enjoys, it has absolute say over defence- and security-related agendas. What more, the civilian-military dynamic in Burma is far more volatile than it appears, with the temporally entrenched authority of the Tatmadaw remaining intact despite the coming of a democratically-elected government. Thus, engaging the military over the issue of child soldiers from within continues to be no less difficult than before, especially pressuring it to provide greater access to its rank and file.

Third, the political dialogue and reconciliation process has not, so far, directly featured the ‘child soldiers’ issue. The administration seems to be far more concerned with top-down reconciliation rather than comprehensively addressing all the lateral phenomena that the 60-years long armed conflict has spurred, like underage recruitment. While the NCA, with its hard-set ceasefire terms, could serve as an effective instrument to establish a solid protection regime for underage conscription of soldiers, the 21CPC could be a legitimate multi-stakeholder forum to routinely discuss developments in this aspect. But, none of it has happened yet.

Fourth, monitoring underage recruitment by ANSAs remains grossly limited, thus preventing holistic action. There is no JAP-like agreement with ANSAs, and the DoC signed by two EAOs is yet to see replication by others. This is even more so in context of the ongoing conflict in non-ceasefire areas in the north – Kachin and Shan states – which has witnessed massive internal displacement due to frequent fighting between the Tatmadaw and EAOs like KIA, TNLA, and MNDAA. Needless to say, a displaced and disenfranchised local population can serve as a great recruitment pool for armed groups under stress, thus enhancing capacities for underage conscription.

Fifth, there is literally no national legislation in Myanmar that comprehensively bars or criminalises underage military recruitment by both the state and non-state armies. What more, the 1993 Child Rights law defines a child as a person under the age of 16, in contravention of the Convention on the Rights of the Child (to which Myanmar is a state party). The issue of underage recruitment into armies is wholly missing from this law. Hopefully, a thorough revision of this crucial piece of legislation to provide greater legal clarity on this issue will be undertaken by the elected parliament in the coming days.

Thus, while there has been considerable progress to end underage recruitment of soldiers in Myanmar, broader and deeper engagement is required to put a total stop to it. With a newly-installed democratic system, both domestic and international stakeholders must act fast to engage transparently on this issue so as to find a permanent and failsafe solution.

This article was originally carried by WION News under the title ‘”My gun is taller than me’: Child soldiering in Myanmar is far from over“.