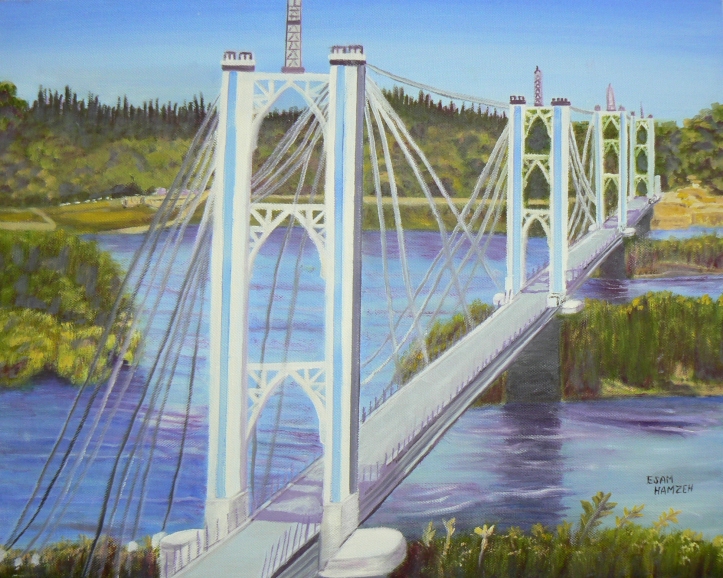 Food is ready. Everyone gather in a circle. On the floor, the women assemble a mat where everyone brings their food to share. I watch Azad closely to see what he eats and copy his mouthfuls. I take a dip in Hummus after he does. I take mouthful of Mutabal after he does. I gulp a sour pomegranates juice after he does. “Yuk.” Bitter, but I put on a façade of satisfaction with the taste. Even the repulsive dish Manakish, which I don’t like, but still I take a piece because of Azad. Even the poison become honey for Azad.

After food, smokers gathered to exchange and smoke cigarettes. From a distance, Azad smokes. With every drag on his cigarettes, he gives me a glimpse with the corner of his eye. Among the smoke of his cigarette, his gazes hit me like arrows, like sharp arrows.

Wherever he goes, he holds a book in his hand. He reads from it whenever a chance allows. He lay with his back against a tree trunk and read. His lips move with every sentence, with every word, with every letter. I find a chance to speak to him while he read alone, while others away and busy.

“You move your lips as you read!”

“I do it subconsciously.”

“I have a trick to read faster. Just don’t move the lips, only read in your head. That way you will read faster and finish more books.”

“I read it in a book that teaches fast reading skills.”

“You read much back in Aleppo?”

“Yes, I used to buy books from libraries in central Aleppo, hid them beneath the Abaya when I brought them home. I roamed all libraries from Al Zahra to Sandibad, Maktaby and many others. I read the start, if it caught my attention, I bought the book.”

“Mama wouldn’t let me read, ‘reading will ruin you,’ she says, ’better if you learn how to cook and do the house work, that’s what husbands look for, that’s makes a good wife.’”

“And I ignored her, got more books, read in bed at night before I go to sleep. If a book really attracted me, I spent an entire night on it, until it’s finished.”

“What if your Dad or brothers know?”

“Even worse. Baba says if a woman reads, that makes her prone to loos morals.”

“Reading changes cognition in your brain, especially when done at young age.”

“True, Rousseau became the man he was later as his Dad made him read when little, they read together for hours. If I ever have a child, I will let him/her read for me when old enough.”

I walk away from Azad thoughtful of that conversation. For hours, I repeat his words and picture different scenarios to how the conversation might have unfolded. I chew it over and over again until its night time.

As the night gets fitter, suddenly, I heard someone imitate a hyena sound. My heart tells me it is Azad. Though dark, love guide me to where the sound come from. It is him–Azad!
Silently we walk hand in hand, we choose a place that can pick up an internet signal and play music on youtube, we gather woods and bushes, stay far from the group, then lit a fire. By its light we sat. Ambrose in Azad’s pitch black eyes bright the night. I rested my head on his shoulder, clos the eyes, loos myself into him, into what I never come to know until now, into love.

“Confused I am between two moons, which of them more beautiful, you or that in the sky,” whispers Azad into my ear. Instantly, my nick’s hair goes into trance, so does my heart, my soul, my entire me. I melt in Azad’s lap, like the ice cream I eat middle of August back in Aleppo.

This story has been published through a special arrangement with Hikayetna.

Amir Darwish is a British Syrian poet and writer of Kurdish origin. He was born in Aleppo and later arrived in Britain as an asylum seeker in 2003. Amir completed an MA from Durham University before moving to London, where he currently lives & writes. He has published his work in the UK, USA, Pakistan, India, Finland, Turkey, and Mexico. He tweets at @darwish_amir.

Amir Darwish is a British Syrian poet and writer of Kurdish origin. He was born in Aleppo and later arrived in Britain as an asylum seeker in 2003. Amir completed an MA from Durham University before moving to London, where he currently lives & writes. He has published his work in the UK, USA, Pakistan, India, Finland, Turkey, and Mexico.