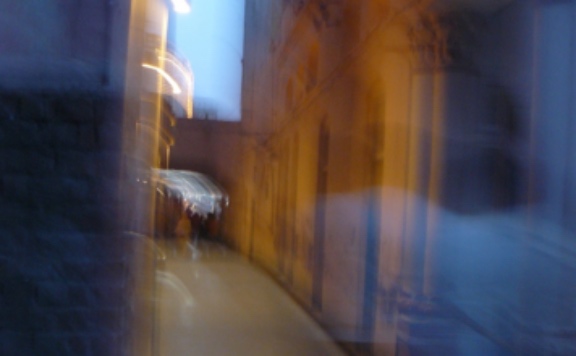 On 13 April 1919, British troops, under direct orders from Acting Brigadier-General Reginald Dyer, fired on Indian protestors in Amritsar demonstrating peacefully against the Rowlatt Act. More than a thousand were killed. The then Lieutenant Governor of the Punjab, Michael O’Dwyer, is said to have planned the mass slaughter.

As we commemorate the centenary of the massacre, the media – in India as well as outside – has covered and unearthed very valuable information.

As a historian, I have found some of the coverage and articles pertaining to this event, especially in The Tribune, very useful. In fact, I have learnt more about the episode through some of the recent media coverage than through historiography.

For some strange reason, post-independence history glossed over this seminal occurrence, with a skeletal coverage, for rather long. One has often tried to fathom the reason for this event not getting the space and coverage in text books. Was it that post independence historiography bore colonial imprints, or did we did we Indians refrain from condemning our erstwhile rulers?

This, in spite of the fact that the traumatic event had a deep impact on the relationship of the rulers and the ruled, souring terms irreparably. It has been argued that this event was a game changer as far as India’s independence was concerned.

It would be pertinent to point out that while no government has really sought to ensure that this event be given importance in educational curriculum of schools and universities, they have raised the issue in the context of seeking an apology from the British. Current British Prime Minister, Theresa May, recently came the closest to apologising for the event.

“We deeply regret what happened and the suffering caused,” May said earlier this month.

May’s regret was not as unequivocal as that of Canadian Prime Minister, Justin Trudeau, for the Komagata Maru incident. A Japanese steamship carrying a large group of Punjabis who attempted to flee from the increasingly offensive British Raj to Canada in 1914 were denied entry from disembarking in Canada. When the ship returned to Calcutta, the disembarking passengers were shot at by the British Imperial Police, killing 20 Punjabis.

Trudeau, in his unequivocal apology for the Komagata Maru incident, said: “Canada does not bear alone the responsibility for every tragic mistake that occurred with the Komagata Maru and its passengers, but Canada’s government was without question responsible for the laws that prevented these passengers from immigrating peacefully and securely, for that, and for every regrettable consequence that followed, we, are, sorry”.

“For the laws that discriminated against you so senselessly, and for not apologising sooner. For all these things, we are truly sorry,” Trudeau said to an applauding House.

While for long, Jallianwala Bagh may not have got the importance it deserves, it is heartening to see increasing focus in this event. A good testament to this point is some of the recent books, which have come out on the topic during the commemorative centenary.

Khooni Vaisakhi is a classic ballad written by the renowned Punjabi writer who was a witness to the massacre. Nanak Singh’s work was translated by his grandson, Navdeep Suri, who is also India’s current ambassador to the United Arab Emirates.

Significantly, at the book release and panel discussion was BBC South Asia Correspondent, Justin Rowlatt. Justin is the grandson of Sir Sydney Arthur Taylor Rowlatt who drafted the infamous Rowlatt Act, the legislation that the murdered protestors at Jallianwala Bagh were protesting against.

The other interesting book is Kishwar Desai’s, Jallianwala Bagh, the real story. A highly well-researched book focusing on personal stories honed from primary sources, they exude the pathos and barbaric treatment meted put to the afflicted. These individuals’ lives spun out of control, never to recoup, and the survivors coalesced into freedom fighters. Never before has the focus been on individual narratives of unsung heroes. She opines that the massacre was the consequence of a well planned conspiracy by the British regime to teach Punjabis a lesson for the revolutionary endeavours they were brewing. Her incisive analysis of Dyer and Dwyer are buttressed by research in Britain as well.

It really is time we actually focus on important historical issues with the perspective of educating our future generations and not just promoting a sense of hyper-nationalism or hatred for any country – including the United Kingdom where a large and influential Punjabi diaspora resides.

It is also important to point out that history has some horrific chapters, which reflect the inhuman behaviour of the powers that be towards the ruled. It is merely the dramatics personae that changes. There are numerous instances of religious pogroms and other events, which were a big blow to the secular fabric of this country. It is time for political outfits and governments to genuinely heal the wounds of those affected and provide closure by not just regretting, but apologising.

It is even more important for an honest interpretation of these events. While we are quick to blame the British for lacking grace, at times, nationalism at home results in an obliteration of some of our own blunders.

Dr Gurpreet Kaur Maini is a New Delhi-based historian, retired from the Punjab Education Service in 2009.