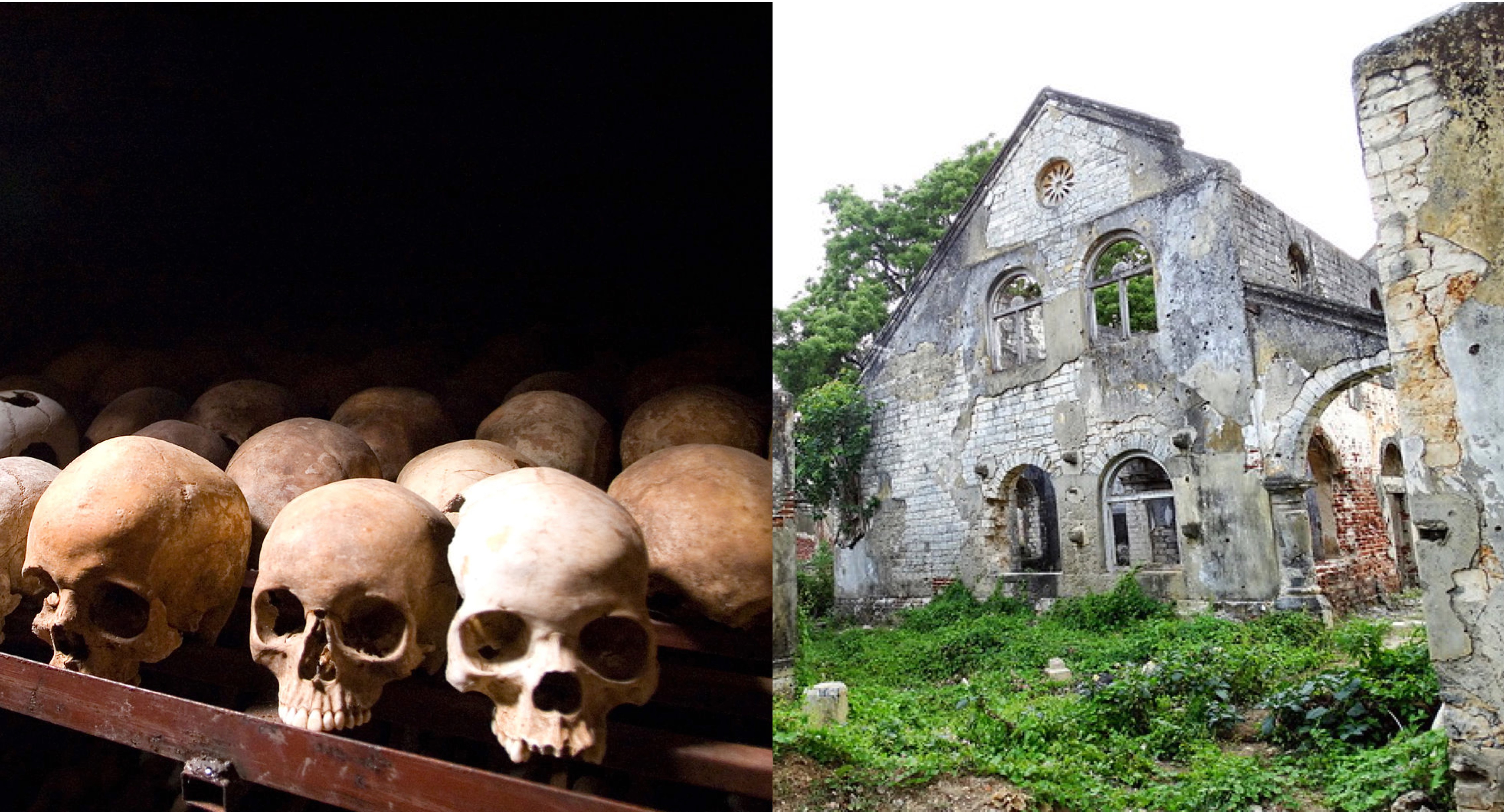 Mullivaikkal Genocide Remembrance Day on May 18, named after the village that was the site of cataclysmic violence, is a day to remember those who died in the Sri Lankan conflict. Mullivaikkal commemoration events have been taking place around the world this month.

However, 10 years and a series of United Nations reports and resolutions have made little progress toward truth, accountability or reparations for the survivors of atrocity crimes in Sri Lanka. In the aftermath of the recent Easter Sunday bombings, the spectre of ethnic violence has resurfaced.

An estimated 800,000 Tutsis and politically moderate Hutu were killed in just 100 days in 1994. Thousands more were subjected to sexual violence and tortured in a systematic campaign by the Hutu ethnic majority.

Fifteen years later, another slaughter unfolded — this time in northern Sri Lanka. The protracted civil war between the national government and the Liberation Tigers of Tamil Eelam (LTTE) was coming to a catastrophic end. The goal of an independent state for the minority Tamils was slipping away.

Throughout the conflict, both sides failed to respect human rights and international humanitarian law. Unlawful killings and enforced disappearances carried out by the Sri Lankan security forces were daily occurrences. The LTTE was condemned for its suicide bombings and forcible recruitment of child soldiers.

For most of the 2000s, the LTTE was operating as a de facto state in the north and east. By early 2009, military losses had gradually crushed the LTTE’s civil administration of these areas.

The LTTE and an estimated 330,000 Tamil civilians were trapped in a small piece of land on the northeast coast in the Mullaithivu District. The government ordered the UN to evacuate their last few international workers from the region while international media were excluded and local journalists silenced.

Transatlantic cellphone photos and a few video clips had begun circulating with images of the unfolding carnage. Hospitals on the front lines were systematically shelled, as were food distribution lines and even Red Cross ships attempting to evacuate the wounded.

Within a few months, a brutal siege of the officially declared “safe zone” and the indiscriminate shelling of Tamil civilians concentrated there brought the war to an end. The Sri Lankan government celebrated its successful “humanitarian rescue operation.” In fact, it was genocide.

By August 2009, Britain’s Channel 4 News was broadcasting gruesome footage of summary executions and rape perpetrated by Sri Lankan soldiers. Dozens of surrendering Tamils, including senior Tiger political leaders and their families, had been shot dead by soldiers as they walked out of the safe zone hoisting white flags.

In 2012, the UN Secretary General estimated that 40,000 civilians were killed over the final five months of the conflict. The exact number, as in many conflict situations, remains contested and is likely higher.

If the Rwandan genocide was a genocide foretold, yet no action was ever taken by the international community, then the Tamil genocide was deliberately hidden and dubbed the “war without witness.”

In both cases, the UN and the European Union had direct warnings but opted against taking action. The international community’s inertia in Rwanda and Sri Lanka has been acknowledged as “grave failures.”

The establishment of an international criminal tribunal was an explicit attempt to grapple with Rwanda’s past. Convictions were secured in the cases of 61 “ringleaders.” A groundbreaking decision on sexual violence as an act of genocide was among its many rulings. Local “gacaca courts” conducted some two million trials. A truth commission continues efforts to promote reconciliation between the Hutu and Tutsi peoples.

While highly imperfect, these transitional justice mechanisms have generated a record of what really happened and why it happened.

In contrast, Sri Lanka has repeatedly reneged on pledges to investigate and prosecute war-time atrocity crimes. Abductions, torture in custody and sexual violence remain rampant amid a long history of failed promises.

The harassment of Tamil activists as well as targeted violence against the Muslim community continue. Commitments to demilitarize and return occupied land are unfulfilled. Weak state structures, the lack of an independent judiciary and a culture of impunity remain significant obstacles.

As Harvard University scholar Martha Minow suggests, the relentless repetition of atrocity requires a pathway between “too much forgetting” and “too much memory,” between vengeance and forgiveness. In Sri Lanka today, memory and memorialization are radical counterpoints to official state narratives that resist accounting for the past.

So long as impunity and the failure to address the root causes of atrocity crimes continue in Sri Lanka, lasting peace will remain elusive. Acknowledging the past must be a precondition to meaningful reconciliation.

A poem in Cheran’s anthology In a Time of Burning evokes the challenge of closure in the wake of mass violence:

“there is neither sea nor wind

for us to dissolve the ashes

and close our eyes.”