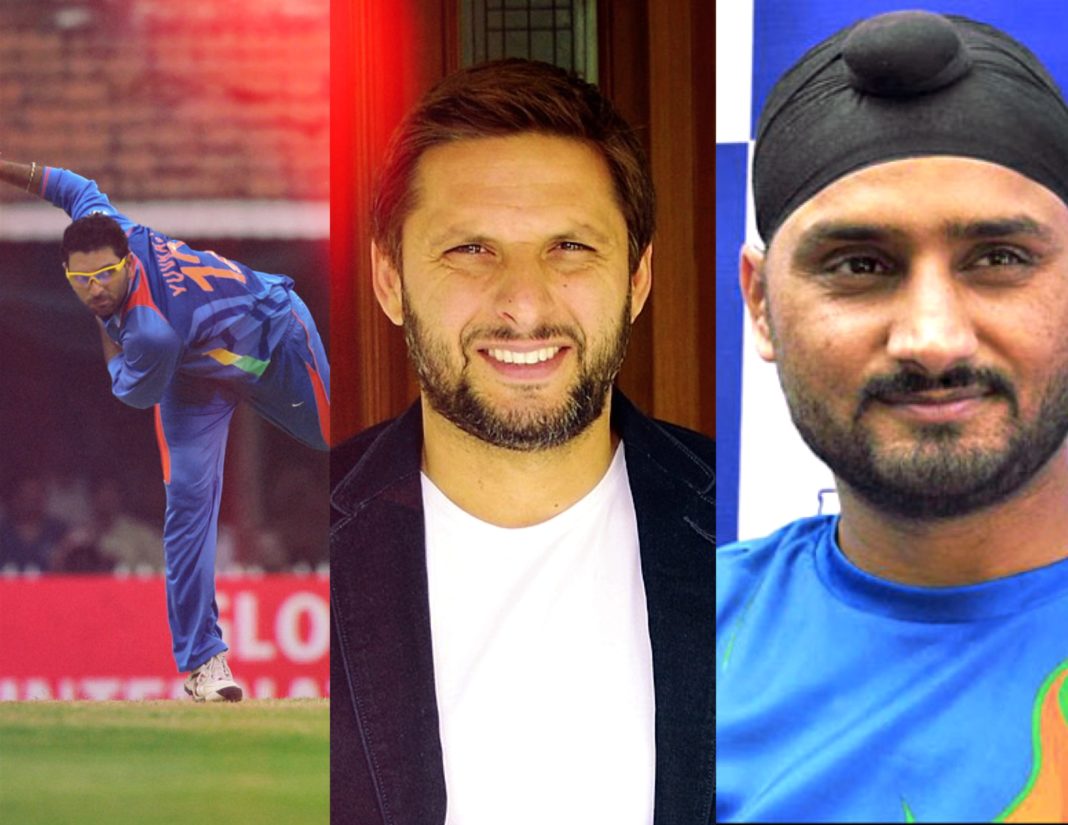 Run through the Shahid Afridi Foundation, the campaign is aimed at garnering financial and material support for those suffering due to the COVID-19 lockdowns in Pakistan.

Harbhajan and Yuvraj hailed the work being done by Afridi’s foundation, noting that at this point of time, everyone needed to play their part in the fight against the COVID-19 pandemic.

“The world is passing through extremely testing and unprecedented times. Let’s do our bit to help @SAfridiOfficial @SAFoundationN doing gr8 work plz join hands with them nd contribute what ever u can,” Harbhajan had tweeted. The tweet appears to have been deleted now.

As of 5 April, there were a total of 3123 cases in Pakistan, with the maximum number of infections reported in Punjab Province.

Yuvraj has been running his own charity campaign through this organisation ‘You We Can’, and has donated Rs 50 lakh to the PM-CARES fund.

Unfortunately but unsurprisingly, the two former Indian cricketers could not escape the ire of ultra-nationalist trolls on social media who began to question their patriotism, just because they expressed solidarity with a Pakistani cricketer. They immediately accused Yuvraj and Harbhajan of supporting Pakistani terrorists. Some even brought in the recent Islamic State-claimed attack against Sikhs in Kabul, Afghanistan.

While this is not shocking, given the hypernationalist discourse in India today, it certainly does restate the hate that is so deeply embedded in the majority psyche – so much so that even support for a positive initiative is labelled treasonous and looked at with suspicion.

Despite this, he continued to face flak.

Both cricketers, however, received support from Afridi.

Indian and Pakistani cricketers have a long history of warming up to each other. In fact, current Pakistan Prime Minister, Imran Khan, shared a close rapport with not just Indian cricketers like Sunil Gavaskar, Kapil Dev and Navjot Singh Sidhu, but also other figures from the Indian entertainment industry, whose support he sought for raising funds for the Shaukat Khanum Memorial trust set up with the aim of setting up the Shaukat Khanum Cancer Hospital.

Some of the stars who have extended their support to Khan include Daler Mehndi and Aamir Khan.

In recent years, with tensions between both countries rising to a fever pitch, these old intimacies are eroding, as evident from unpleasant spats between cricketers from the two countries.

In August 2019, after the revocation of Article 370, Gautam Gambhir and Shahid Afridi got into a slug fest. Afridi first said that ‘crimes against humanity’  and ‘excessive aggression’ were being used in Kashmir, and that the United Nations and United States should intervene in Kashmir. Gambhir reacted to Afridi by saying that the latter was right, except that all the violations were happening in ‘Pakistan Occupied Kashmir’.

Earlier in May, Gambhir, at an election rally, called Afridi “mentally 16 years old”. This was after Afridi charged Gambhir of having an “attitude problem” in his autobiography, to which Gambhir responded by offering to take him to a psychiatrist with an Indian medical visa. Then in September, Gambhir said that Khan should be “excommunicated from sports community” for the latter’s speech at the United Nations General Assembly.

Punjab Congress member and former minister in the state cabinet, Navjot Singh Sidhu, might be popular in Indian Punjab for playing a critical role in the opening of the Kartarpur Corridor, but drew copious amount of flak for attending the swearing-in of Pakistan Prime Minister, Imran Khan, and hugging the Chief of Staff of the Pakistani Army, General Qamar Javed Bajwa. His nationalist credentials were unsparingly questioned for his rare cross-border attendance and hug with the ‘enemy’.

Sidhu received support from a number of commentators in India who felt that an unnecessary controversy was being created. Imran Khan, too, extended support to him.

There is no doubt that ties between India and Pakistan are strained. But it is time to shed the hypocrisies and understand the bare fact that culture, sports and entertainment are key threads in good relations between both countries. Without deeper people-to-people relations, both countries will continue to train their artilleries and guns at each other for eternity.

Recently, in another heartwarming moment of human goodness, Pakistani air traffic controllers praised the crew of Air India flights that are running on special evacuation and relief duties between India and various European destinations.

Further, sportsmen having cordial links is not wrong, and only sends a positive message of unity and brotherhood. This bonhomie is particularly significant and uplifting at a time when the entire South Asian region is grappling with the COVID-19 threat.