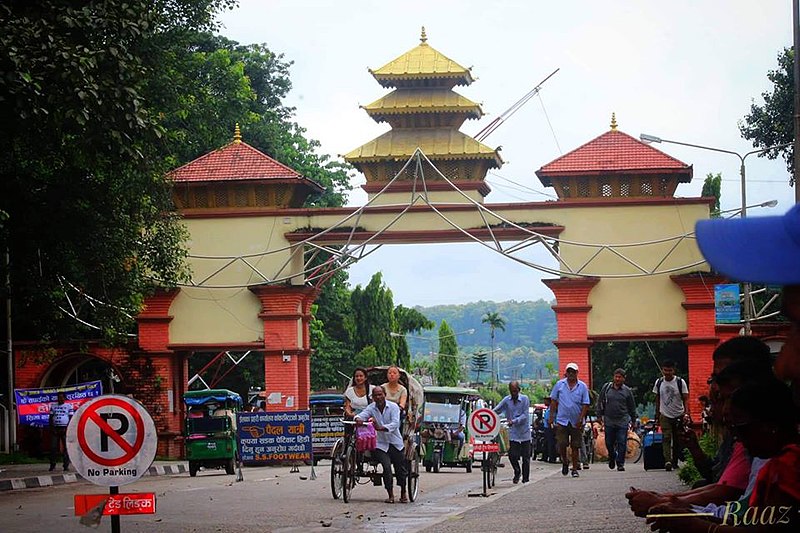 It is common knowledge that the South Asian Association for Regional Cooperation (SAARC) has suffered immensely due to problems between India and Pakistan. This has led to the stalling of the South Asian integration process, with the regional organisation moving at snail pace.

At this time, as the global economy reels under the COVID-19 shock, it is imperative that the leaders of South Asian countries find a way to resolve their bilateral issues and come to a consensus on economic and regional cooperation.

There is little doubt that the COVID-19 crisis could critically destabilise the region South Asian region. So far, the casualties here are lesser than in the West, but low testing capabilities mean that the caseload and death rates could climb rapidly in the weeks to come.

So far, India leads the region’s tally with a total caseload of 13,430 confirmed cases and 448 deaths. Pakistan follows, with a caseload nearly half of India’s.

An urgent need to cooperate

Certain SAARC members, like Sri Lanka and Nepal, have stated in the past that the organisation is indispensable to their development and no other regional organisation could replace it.

The president of Sri Lanka, in his recent visit to New Delhi, underlined the importance that SAARC holds for his country, while the prime minister of Nepal offered to mediate tensions between Islamabad and New Delhi through an informal meeting of SAARC heads of state on the sidelines of the Sagarmatha Sambaad, a flagship regional dialogue forum initiated by Kathmandu and scheduled to begin this year.

Colombo has been particularly insistent on resuming activities under SAARC, with Esala Weerakoon taking over as the organisation’s Secretary General this year, succeeding Pakistan’s Amjad Hussain B Sial. Sri Lanka has cautioned New Delhi that China’s penetration into the subcontinent will continue to deepen if SAARC is not able to fulfil its objectives of regional integration.

Colombo has already leased out the Hambantota Port to the Chinese for 99 years. China’s big-ticket investments in Nepalese railway infrastructure are no secret either. Hence, there is some sense in Sri Lanka’s argument that with a dormant SAARC, Beijing is bound to strengthen its foothold in South Asia.

The pandemic has become SAARC’s biggest challenge at the moment, as it not only impacts public health, but also the national economies of member states.

According to the World Bank’s South Asia Economic Focus, the region will experience the worst economic performance in 40 years. The regional growth will range between 1.8-2.8% in 2020. Negative growth is forecast in Afghanistan, Maldives, Pakistan and Sri Lanka. The report also warns that disruption of supply chains will adversely affect food security and reinforce inequalities.

The crisis, further, will drastically reduce remittances to the region, which make up a good portion of its foreign exchange. As western countries lay off jobs, South Asians will be returning home, and so will the workforce in oil-producing nations where facilities may be shut due to sharply falling oil prices.

On 15 March, India called for an online meeting of SAARC leaders to discuss a regional response to the COVID-19 crisis. Countries adopted a range of steps – such as provisional clearance of imports and acceptability of digital documents at customs – during the meeting. They agreed that facilitating easier trade could relieve the dire economic hardships.

An electronic platform will be set up to exchange information and updates, for disease surveillance and research, and to coordinate among members during the pandemic. The interface is being prepared in India. A dedicate sub-site within the SAARC Disaster Management Centre (SDMC) has already been activated.

An emergency COVID-19 relief fund has been constituted to cushion the impact of the pandemic. Member states have raised a total of about 15 million USD, which includes India’s initial contribution of 10 million USD. Hydroxychloroquine tablets, flagged as a medicine to reduce the viral load of COVID-19 patients by some studies, are being distributed to fellow members under the fund.

Further, India, under its Ministry of External Affairs’ Indian Technical and Economic Cooperation (ITEC) programme, announced two training programmes for health professionals from SAARC countries to manage the pandemic. Two of the country’s reputed medical institutes, All India Institute of Medical Sciences (AIIMS) Raipur and PGIMER New Delhi, will be conducting the program in April.

It has also sent Rapid Response Teams (RRT), consisting of doctors and trained professionals, to Maldives and Nepal. RRTs draw doctors from all three services of the Indian Armed Forces and build medical infrastructure facilities in destination countries.

While South Asia appears to be taking charge of the situation shoulder-to-shoulder, a calibrated approach is missing. Logistics in all countries will be majorly affected and there is no solution in that direction yet.

Production lines, including that of essential supplies, too will be severely hampered. There are no provisions or workable modules for the industry to produce amidst public health emergency situations. Given the divergent economic capabilities and infrastructure across the region, some members will need greater assistance over others.

The lack of consensus has been a major impediment in the working of SAARC. Pakistan was not on board with recent SAARC initiatives. Security issues between India and Pakistan, moreover, have derailed cooperation for a long time.

Endemic challenges, such as open borders among SAARC members, have not been addressed in context of COVID-19 yet. India recently closed its borders with Bangladesh and Nepal, but that will adversely affect many rural families that live right on or along the border, especially during harvest season. Pakistan’s border with Iran is also an alarm considering the pandemic situation there. No plan has been laid out for these issues.

Ways ahead: dissociation and structural streamlining

In order to effectively shield the region from the pandemic’s damaging consequences, SAARC needs to adopt a policy-driven approach for a parallel developmental target. Only formal adoption of the approach through the SAARC Secretariat would make it incumbent upon governments to take necessary steps for the collective good, instead of fighting over short-term political wins.

It is important for the SAARC countries to adopt the policies of ‘dissociation’ and ‘structural streamlining’. The policy of dissociation must command that the organisational processes shall not be stalled due to political misgivings among states for whatever reasons. Political cooperation must be separated finely from bureaucratic cooperation. The threshold for curtailment of these bureaucratic processes needs to be kept high and must be decided by consensus.

In this context, structural streamlining would essentially entails each member state undertaking reforms – local and national, big and small in magnitude – to match the existing bureaucratic structures of its fellow South Asian countries. This will help SAARC formulate a coherent joint response against the pandemic.

Regular bureaucratic exchanges at all levels among the SAARC countries must be facilitated and achieved through digital platforms. Even after the peak of COVID-19, a streamlined bureaucratic structure will make the process of securing inter-state and foreign investments much easier.

The policy of dissociation has the potential to eventually bring together the political class in SAARC countries by virtue of increased bureaucratic and people-to-people interactions. Countries must lay stress on efficiency and cutting down of unnecessary procedures, instead of adding to the stifling ecosystem of bottlenecks and middlemen.

On bureaucratic streamlining, SAARC already has a robust reference point. At India’s initiative, a meeting was held in New Delhi in 2010 among the heads of the various public service commissions in SAARC states. Subsequently, a volume titled ‘Comparative Study of Public/Civil Service Commissions of SAARC Member States’ was published in 2014. The publication closely examines the commissions and their history, compares their functions, and suggests recommendations.

However, all these recommendations are limited to recruitment and management of the services. It does not include suggestions to harmonise bureaucratic structures. The same cooperation in bureaucracies of the SAARC states must be widened to include objectives of achieving an umbrella structure that can facilitate inter-state administrative cooperation.

The 2020 SAARC summit is to be held in Pakistan. This year is crucial, as the ongoing crisis requires that the organisation to strengthen its collective decision-making processes.

The last successful summit was held in Kathmandu in 2014, which makes the scheduled summit particularly essential. If the summit goes ahead as planned, then member states must set aside Inter-state differences must be set aside to allow regional development and trade. Islamabad must carve out agendas for discussion, while New Delhi must create conducive environment for the summit.

It will also be a solid opportunity to hash out a medium-to-long term regional recovery plan in the wake of the ongoing virus, and formulate sustainable measures to mitigate such crises in the future.

Views are the author’s own.

Akash Sahu is a Research Intern at the Manohar Parrikar – Institute for Defence Studies and Analyses (MP-IDSA) and Research Assistant at the Centre for Southeast Asian Studies (CSEAS), Jindal Global University.