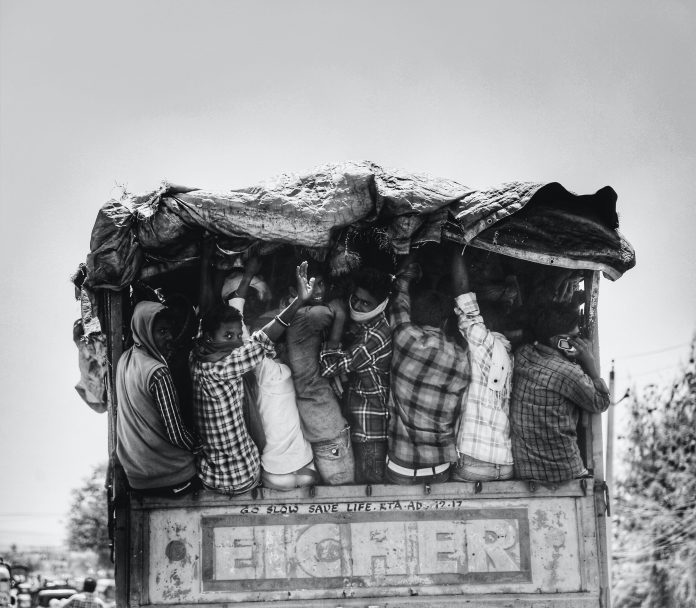 In the wee hours of 8 May, 16 migrant workers and their family members were crushed to death by a freight train in Aurangabad district of Maharashtra as they were resting on the tracks after hours of walking on foot. They were all headed home, unable to find employment or transport due to the ongoing COVID-19 countrywide lockdown.

The tragic incident is yet another confirmation of the fact that the people holding authoritative posts in the government are inhuman, careless and indifferent about the lives of the illiterate, dumb, poor and downtrodden.

From the statements of other home-bound railway-track pedestrians recorded by the media at different points of various states, it transpires that the migrant workers were compelled to head home hundreds or even thousands of kilometres away on foot because of acute food crisis, tremendous shortage of money for purchase of provisions, incapacity to pay house rent amidst mounting pressure from landlords, and non-payment of wages by employers.

It can be fairly asserted that notwithstanding repeated commitments from various authorities to provide timely food/ration to the wretched stranded workers, the commitments were nothing but whimsical – the wretches were left at the mercy of the benevolent haves or Non Governmental Organisations (NGOs) who supplied cooked and uncooked foodstuff to them irregularly.

The authorities were well aware of the requirement of extension of the lockdown within its first week. On the other hand, the undeclared pleas of the authorities that it is a herculean task to continue supplies of daily ration and food to confinement spots across the length and breadth of the country amidst the lockdown barely holds, for no one should starve because of an artificial food crisis as against the declared claim of ‘food abundance’ in the country.

In such a situation, the authorities can take help of paramilitary forces and in aggravated situation, the army. But people must not starve on any condition. It would have been prudent and, of course, defensible, had the authorities made immediate arrangements within the very first week of the lockdown for transportation of the workers to their respective homes in case of default in regular supply of food to them. However, only some were lucky to travel to their destinations with the help of the authorities.

Even here, the pleas of state authorities regarding shortage of medical staff, and testing and quarantine infrastructure are not tenable at all. It is the bounden duty of the authorities to make such arrangements at any cost for safety and security of the citizens of a democracy like India’s.

It goes without saying that the workers themselves bailed out the authorities from great embarrassment by repeatedly entreating them to make arrangements for them to go home. But alas! Their cry for help fell on apathetic ears. This directly resulted in in them taking to public motorable streets, including highways, en masse, at random, for foot-journeys towards their homes. This also meant exposing themselves to high risk of COVID-19 infection.

We all have witnessed the consequences of such long foot-journeys, wherein the police often accosted the walking workers with force, even lathicharge, in some cases on the plea of safety of the pedestrians on medical grounds. This only added injuries to food crisis. By the by, on advice of the authorities, some of the migrant workers registered their names online for transportation, but the process was so long and complicated that their patience ultimately broke down. Thus were born well thought-out plans to follow railway tracks on foot to avoid police and to shorten travel distances.

Whatever was in store for the toiling wretches unfolded in Aurangabad.

What a tearing and heart-bursting incident, what a journey for sure food and safe shelter, for solace in ‘home is heaven’, for escape and freedom from heartless cities of rules and regulations, for embracing loved ones, for reunion with the soil of childhood playgrounds.

These days, leaders and voters vie on the definition, extent and identity of ‘Ramrajya’ (kingdom of Lord Ram). Let them continue. The arguments will facilitate the evolution of the concept. Ramrajya entails uninterrupted administration of ‘Satya’ (truth) for the citizens. It is justice that is beneficial for the implementation of a sense of moral good or bad for ‘Janakalyan’ (welfare of people of a society).

Surprisingly, such practices by states in present times are rarely seen, even in a democracy like India’s where chances for practices are much more to remain in power.

The souls of those who had been eagerly waiting for the reunion with their departed ones shall get peace only when those who are responsible for the deaths come out in the open and undertake penance out of the sting of conscience.

I bear with bereavement of those who have died unsung.

Santanu Nandan Bhattacharjee is a senior lawyer based in Silchar, Assam. He is part of the consumer movement and an amateur singer.