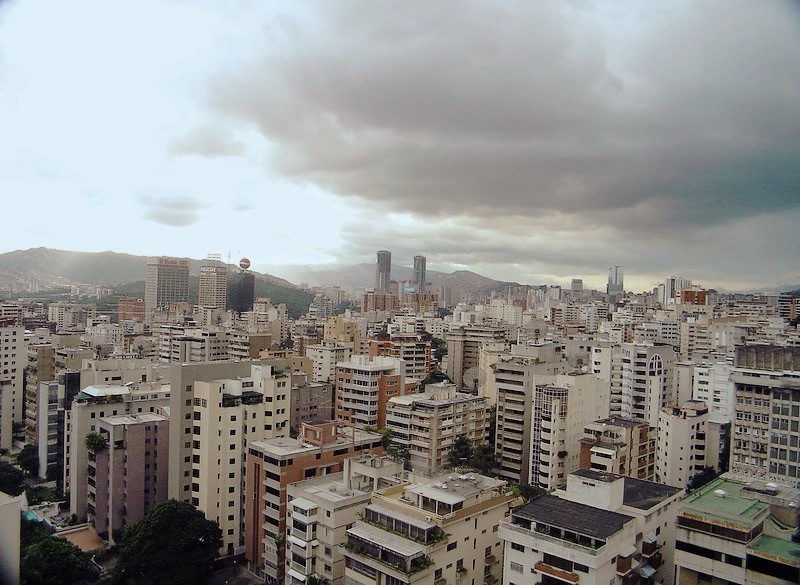 Nestled in the northern coast of South America, Venezuela is one of the most urbanised countries in the continent. Rich in oil reserves, its has a market-based mixed economy dominated by the petrol sector, which accounts for almost one-third of the country’s GDP, approximately 80% of all exports and more than half of the government revenue.

It has the cheapest petrol in the world, with prices heavily subsidised for consumers.

Venezuela is not unknown to crises, whether political or economic. However, it is current suffering from what may be called its worst resource scarcity in decades. In order to understand the crisis better, we must look back a few years from when things in Venezuela started straining and eventually began to fall apart.

In 2013, after his death, President Hugo Chavez was succeeded by his right-hand man, Nicolás Maduro.

President Maduro’s rule has been characterised by hyperinflation caused by the central bank printing more money to fund the public spending deficit gap, amongst other problems like a failing healthcare system.

Simple macroeconomic understanding would suggest that printing more currency, that is, infusing liquidity into the economy would only exacerbate inflation. True to the theory, signs of inflation began to appear as prices of consumer goods were pushed to greater than 50% every month. The inflation hit over 4,000% in 2017 and 1,700,000% in 2018. The resulting shortage of resources has sent 4.5 million Venezuelans fleeing abroad.

President Maduro’s rule has not gone without opposition. His re-election in 2018 was immediately dismissed as rigged by National Assembly leader Juan Guaidó who called him a ‘usurper’. Unable to accept Maduro as the legitimate leader of Venezuela, Guaidó declared himself as the interim President.

Dipping Relations with the United States

Venezuela, since then, has experienced two sets of leadership – while Guiado is recognised as the legitimate leader by over fifty countries, the military’s support lies with Maduro. Division of power-recognition, similar to the one in 1950s and mid-1960s while the world was divided over the recognition of the communist and nationalist parties of China as the legitimate government, has strained Venezuela’s diplomatic relations with most countries, most prominently the US.

The US government’s refusal to formally recognise Maduro as the legitimate President in light of the humanitarian and economic crisis under him has also led to sanctions aimed at curbing him and his ostensibly corrupt officials. So far, the US has revoked 718 visas of Maduro’s associates and slapped more than 150 sanctions on individuals and entities, the most vital being oil trade.

The US Treasury Department has targeted oil transportation from Venezuela to Cuba as part of the Trump administration’s effort to isolate Maduro, the argument being that it was done so to punish the efforts of diminish natural resources and illegitimately profiteering from it. Treasury Secretary Steven Mnuchin said:

“Venezuela’s oil belongs to the Venezuelan people, and should not be used as a bargaining tool to prop up dictators and prolong oppression.”

Fuel scarcity in recent years has gripped Venezuela more tightly than ever before. Gasoline, which was, for most parts, free for Venezuelan nationals is now scarce and unavailable for even high prices. The Venezuelan capital, Caracas, which is usually free of fuel scare is now experiencing acute shortage that is starting to unfold more dangerously and rapidly than before.

This is happening at a time when the country (and the world at large) is battling the COVID-19 pandemic. As of 30 May, Venezuela had 1327 positive cases with 11 deaths. Fuel shortage is making travel difficult. Essential and healthcare workers are not being able to report for duty, thus adding to the strain on the already woeful healthcare system.

There are a host of factors responsible for the fuel shortage – failing local refineries requiring immediate disinvestment and preferably renewing projects, increased imports over exports that have not only thrown the balance of payment off but also made sustaining costs of refineries difficult, and smuggling cheap fuel to black markets in Colombia and Brazil.

Moreover, a country that faces sanction from the US is one that is avoided by the bulk of the international market, which always looks to avoid the risk of rubbing the US the wrong way. Venezuela had, for years, sent shipments to the US-based oil refiner, Citigo, of which Venezuelan state-owned PDVSA used to be a majority shareholder. But after Washington DC severed ties with Caracas in 2019, these shipments stopped.

Iran has emerged as an ally of Venezuela. Caracas has been importing oil from Tehran, with the first five tankers, carrying more than a million barrels of fuel, having reached the former on 24 May. The tankers are being escorted by the Venezuelan navy and airforce.

The exchange is fairly controversial, given that US has imposed sanctions on both countries and is said to be monitoring the exchange closely. The Trump administration has already threatened “stiff sanctions” on countries and firms found to be aiding the ongoing fuel exchange between Tehran and Caracas.

Venezuela, on its part, has extended its thanks to Iran, with Maduro stressing on the fact that as independent nations, they were free to trade amongst themselves and would not kneel before “North American imperialism.” Earlier, Iran had condemned narco-terrorism charges brought by the US against Maduro.

While the immediate shortage seems to be replenished, it will be time before normalcy is restored in the country, especially as the COVID-19 pandemic threatens to keep the economy shut for a while.

Tanistha Bhagawati is currently in her final year of undergraduate study in Political Science at the Department of International Relations, Jadavpur University.

Tanistha Bhagawati is currently in her final year of undergraduate study in Political Science from the Department of International Relations, Jadavpur University.