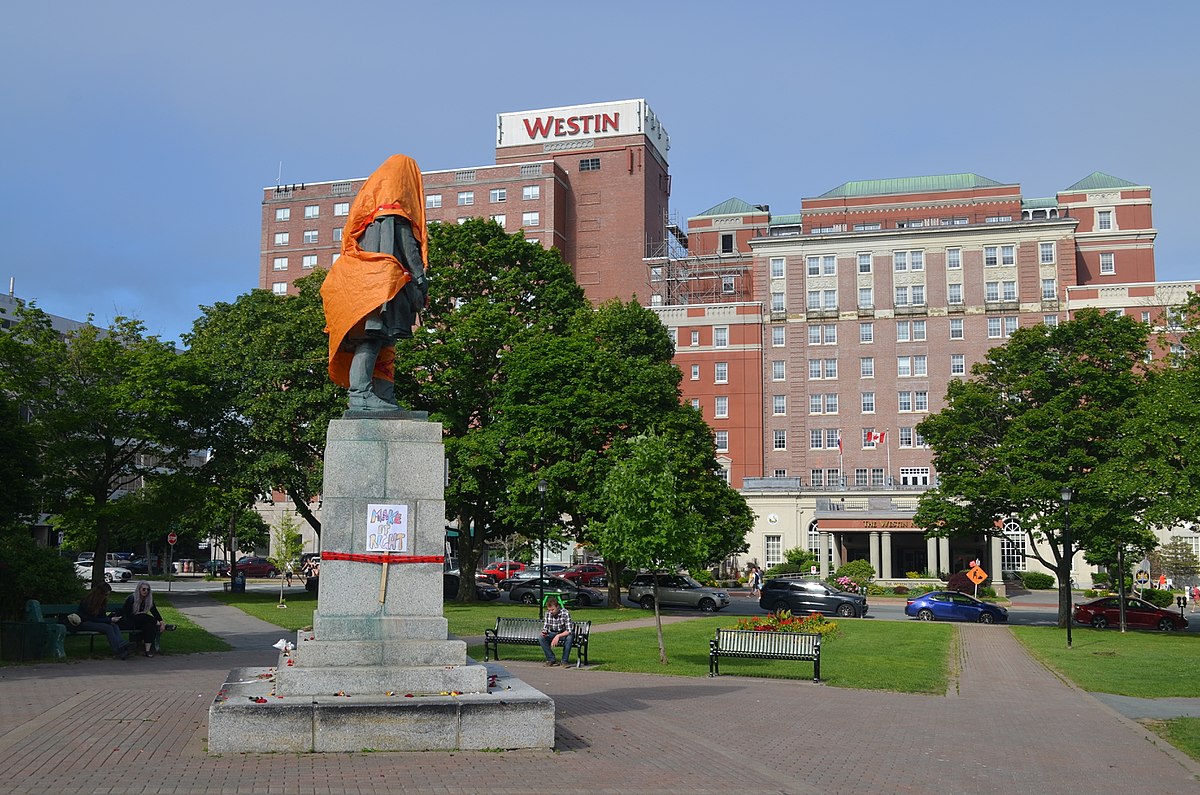 Around the world, people are protesting the continued display of public monuments that normalize and even revere racist leaders and events. Protesters beheaded Christopher Columbus, pitched Edward Colston into the sea, pelted Cecil Rhodes with excrement, doused John A. Macdonald with paint and petitioned to rename Dundas Street in Toronto, which memorializes a former slave owner.

These protests highlight the racism of these infamous figures, the racist societies that produced these representations and the ways these statues continue to both normalize and obscure settler violence and systemic racism.

Some who believe these statues must stand claim that we cannot judge the past by the standards of the present: that to topple statues is political correctness gone overboard.

However, this requires that we denounce our contemporary civil society by trying to view it through a 19th- or early 20th-century lens. Why should we judge our present day values and actions by the old and regressive values of long-dead historical figures?

Relics of a different time

Monuments are active history: they speak to us regularly and form the backdrop to dominant society and culture. Cultural theorist Stuart Hall famously noted that ideologies are most easily reproduced when the process is taken for granted.

Today, people are demanding that public monuments maintained through their taxes better reflect their values. The Smithsonian Institution estimated that it cost US$40 million from 2008 to 2018 to upkeep Confederate monuments alone.

In a pandemic context of unequal access to health care, police brutality against African Americans and Indigenous Peoples, and a climate where provincial premiers, police chiefs and American presidents deny structural racism, these statues represent retrograde values that have not gone away.

Debates around toppling statues and renaming roads, bridges and schools are largely about what to do with representations of people who promoted and profited from the exploited labour of Indigenous Peoples, enslaved Africans, other racialized peoples and women.

One reason statues are getting so much attention is their sheer size and grandiosity. Rendered in what is called a monumental scale, these figures from the past look down on us from their lofty pedestals. Hierarchical proportion makes some people seem far more important than others.

This is why toppling is so attractive — protesters want to look these statues eye to eye, even to debase them. And for good reason. There is something fundamentally undemocratic in revering figures from the past who look down on us and continue to represent inequality, racism and structural violence.

San Francisco’s Early Days statue was taken down in 2018 for its depiction of a Native American kneeling at the feet of a Catholic missionary and Spanish cowboy. The statue conveyed a false perception of power in Californian history, showing subservient Indigenous nations and victorious settlers.

A statue in Orillia, Ont., of Samuel de Champlain featured two Indigenous leaders supposedly showing loyalty to him and his upraised crucifix. The Emancipation Memorials in both Boston and Washington, D.C., show a serene Abraham Lincoln beside a kneeling African American man. Lincoln most likely will stay, but the depiction of African American subservience denies the reality that Black Bostonians fought hard for their freedom.

Dealing with the past

One option for these statues is their full removal. This either implies toppling and destruction, or quiet and orderly banishment to somewhere less public. In London, Mayor Sadiq Khan recently commissioned a review of all landmarks in the city to document and determine what to do about statues, plaques and building names that celebrate a racist and colonial past.

Another option is to add multiple perspectives to a statue. In a settler state context, Indigenous perspectives must be prioritized. In Christchurch, New Zealand, the Maori first nation Ngāi Tahu worked with the city council to update the statue of Queen Victoria. The former monarch is now flanked by two upright Maori carved canoes, 4.75 metres high, created by Fayne Robinson, a Ngāi Tahu master carver. The focus here is on a treaty relationship, with both British and Maori representations side by side.

Another idea is to create new artwork that continues the theme of monumental size, but in a transgressive way. Take for example Cree artist Kent Monkman’s The Subjugation of Truth that places Chief Poundmaker and Chief Bigbear in the foreground losing their lands as settler leaders including John A. Macdonald take away their future.

Here, the primary figures are Indigenous leaders whose land is being stolen, not the former prime minister who engineered its theft.

Another of Monkman’s paintings, A Country Wife, shows Macdonald spilling a glass of champagne, at his feet an empty bottle rolling on the floor.

Here scale is used to poke fun and ridicule rather than to aggrandize. Size is used to point out character flaws, physical flaws, the inherent humanness of the subject, as if under a microscope.

Alternatively, we could flip the perspective. Instead of looking up at these larger-than-life figures we could look down. Why not place these statues below ground level, with a sheet of glass on top, so that we may judge them and not the reverse? Let us view this past by looking down between our feet.

These issues are not going away and critically engaging with statues is only a small part of a larger process of progressive social change. This may be why the debate is so important — these actions are just the beginning.

David MacDonald is Professor of Political Science and Research Leadership Chair for the College of Social and Applied Human Sciences at the University of Guelph.