Home Analysis From Kuhn to Foucault: Probing the Complex Relationship Between Science and Society 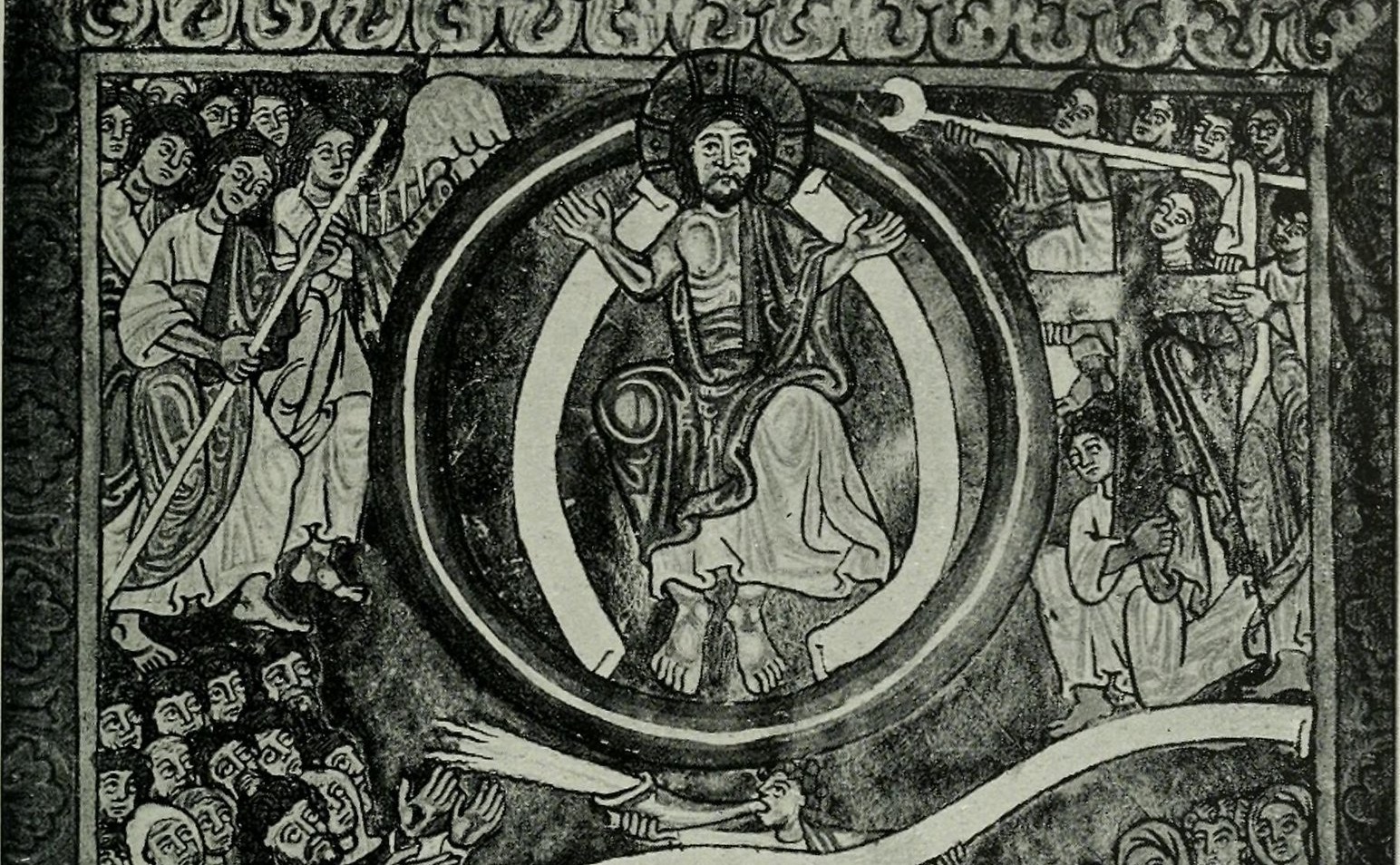 It is already July and the world is experiencing one of the deadliest pandemics in a century. Nearly all countries of the world have taken one form of measure or another to tackle the COVID-19 outbreak. Nation-states, particularly those in the Global North, have pumped in billions of dollars for finding a cure to COVID-19, and researchers and health professionals are working day and night to develop and test a vaccine.

In the middle of all these, emboldening our faith in science and reinforcing our control over nature through our consciousness, a certain organisation and its leader who markets himself as the champion of Yoga comes with a Ayurveda-based medicine kit that claims to cure COVID-19 patients within four days. As soon as the product launch is announced, the media goes gaga over it, running headlines like Aa gaya ab Corona ka Rambaan (Here comes the cure for Corona!).

All of this only to be revealed later that no proper clinical trials had been done for the medicine. Later that day, the health ministry put a ban on the sale of the medicine as a cure for COVID-19.

This episode is not incidental to the understanding of the relationship between science and society. Rather, it tells us a story of the collective scientific temper of the societies that we occupy. At the very outset, it is important to outline a difference between science as a method, and science as an ideology. I will denote the latter as ‘scientific temper’ – a phrase popularised by the first Prime Minister of India, Jawaharlal Nehru, who had envisioned the creation of a nation that would place its faith in the attitude of rational and logical thinking.

While science as a method and scientific temper are not mutually exclusive, it is important to maintain the distinction between the two in order to understand the dynamics of the relationship between science and society.

Science as a Method

The most commonly understood meaning of science is given by the philosophical thought of positivism. While works of the earlier centuries point out to positivism, it was the sociologist August Comte, and later Emile Durkheim, who outlined its meaning and popularised it as a method of doing science.

In simple terms, positivism regards scientific method as constituting three elements or steps: experimentation, observation, and conclusion. The notion of equating positivism and science was criticised later by leading figures in both natural sciences (for example, the theoretical physicist, Werner Heisenberg) and social sciences (Max Weber, Pierre Bourdieu, and many others).

Thomas Kuhn’s work, The Structure of Scientific Revolutions, is important in understanding the philosophy of science. Kuhn was trained in Physics and was a professor at Harvard. Prior to him, the dominant narrative about scientific progress was that it was an addition to the pre-existing stock of knowledge. It amounted to an addition of new truths to the old truths, increasing approximation of theories to the truth, and the correction of past errors.

It was in consonance with the Whig interpretation of history, in which scientific history or the march of science, like any other discipline, was a march towards a greater and greater understanding of the natural world. Kuhn debunked this understanding by stating that science should, rather, be understood in terms of the intellectual framework under which the scientists worked and the tools available to them at a given time.

For instance, scientists today would reject Aristotle’s understandings of the physical world, but that does not necessarily mean that Aristotle was an idiot. Rather, he was limited by the tools available at his disposal for the understanding. Kuhn, thus, emphasised on a cyclical idea of science, in which “paradigms” emerge, and they are questioned, challenged, and eventually replaced by newer paradigms. This was opposed to a linear idea of “addition to a stock of scientific knowledge.”

Science as an Ideology

As a method, therefore, the dominant idea is to connect science with positivism. The philosophical insights of Kuhn, on the other hand, reject the idea of scientific progress as a linear addition to the stock of knowledge. But what does science entail as an ideology?

The Industrial Revolution led the humankind to achieve control over nature in ways like it had done never before, and the Enlightenment ideas that informed the French Revolution changed our perceptions of the world, giving an emphasis on scientism. The sociologist Max Weber invented the term “rationalisation” to describe the changes in social life happening because of these changes.

Also read ‘The Relevance of Kant and Rawls During COVID-19’

In simple words, reason overpowered traditions and rational, bureaucratic ways of organising social life became dominant. This was the arrival of modernity, and technology was the key. Technological advancement changed the ways in which states had worked; and advancement in technologies of control gave states greater power over their populations. The modern nation-state, thus, emerged as a powerful entity in the nineteenth century, with its power ever increasing since.

Michel Foucault, for instance, has written on these technologies of control and surveillance, conceiving the modern society as a panopticon, in which states watch over its citizens and citizens, in turn, internalise control. The Indian state, for instance, possesses biometric data of most of its citizens through the UIDAI-Aadhar project, and this has only been possible because of the kinds of technological advances in computing and storage that have occurred in the last 40 years, or so.

However, the paradox exists in the fact that while people might generally adopt the new technologies that scientific advancements have brought with them (such as fans, light bulbs, computers, smartphones), that does not necessarily mean that it would broaden their scientific mindset or lead to the inculcation of scientific temper.

Hence, educated people, a large number of whom might be trained in scientific disciplines themselves, fall victim to irrational beliefs, such as astrology or the fact that ‘gaumutra’ (cow urine) can cure Coronavirus.

If one thinks about it, practicing science in a laboratory and believing in astrology might not be totally contradictory. This is where the difference between science as a method and ideology lies – one might be solving complex mathematical problems that would take astronauts to space, while back at home from work, they might make visits to the astrologer for procuring gems for their family’s well-being. The latter does not necessarily come in the way of the former, and vice versa.

In a fascinating speech delivered in December 2017, Tejal Kanitkar, who was back then a professor at Tata Institute of Social Sciences, Mumbai, and currently teaching at the Indian Institute of Science, Bengaluru, uses the phrase “everyday obscurantism with science” to describe the illogical beliefs that many of us continue to cherish, despite having fancy degrees from the best universities. She underlined how the belief in zodiac signs is an example of everyday obscurantism.

While such obscurantism exists among all of us in some way or the other, it becomes a big problem when people in power start promoting unscientific beliefs and practices. And this is where the question of how to promote scientific temper also gets addressed.

People in the current regime in India, including the Prime Minister, have made unscientific and laughable remarks on public platforms. Many ministers regularly make unscientific comments on national TV. Platforms like the Indian Science Congress have been ruined by ‘dignitaries’ who do not even work in the field of science, have made unscientific remarks, and distorted the history of science to project a Hindu nationalist vision in which stories of advances in science in ancient India need to be deliberately woven to support the ideology of those in power.

We are nowhere close reaching the goal of creating a society of minds brimming with scientific temper, and unfortunately, we are not even on the right path.

Tridib Mukherjee is pursuing a Masters in Sociology at the South Asian University, New Delhi. His key research interests include sociology of gender, citizenship, caste, ethnicity and education.

Featured image: Image from page 72 of “Studies in the history and method of science” (1917) | Internet Archive Book Image, Flickr

is a student of sociology and developmental studies. His research areas include northeastern studies, geopolitics, citizenship and ethnicity.