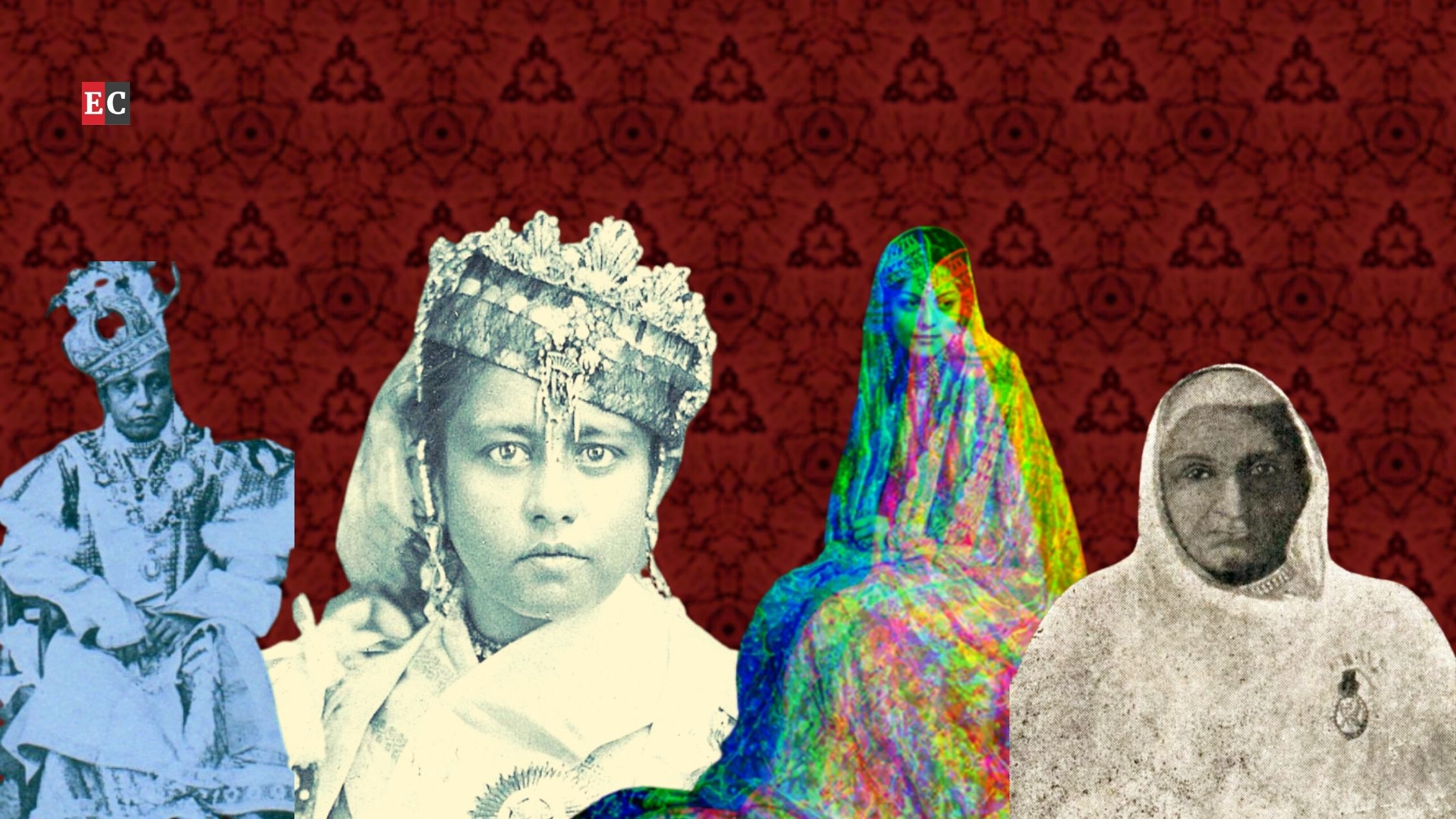 We are all too familiar with the names of Razia Sultan, Rani Laxmibai, Rani Durgavati and their exploits. But how many have heard the about Shah Jahan Begum or Sultan Jahan Begum, the rulers of the princely state of Bhopal?

According to folklore, Bhopal was founded by Raja Bhoja of the Paramara Dynasty (1000 to 1055 CE) and was known as Bhojpal after him. Another theory says that the city was named ‘Bhupal’ after another king named Bhupala.

The modern state of Bhopal was carved by Dost Mohammad, an Afghan soldier in the Mughal army in 1723, out of the Mughal territory of Berasia (Bhairsa) and the neighboring areas, as well as a part of Gond territory. During the colonial period, Bhopal signed the Dependence Treaty with the British Raj after the Anglo-Maratha War of 1817 and was run through the Central India Agency. Its boundaries included Bhopal, Raisin and Sehore districts.

Bhopal appears like any other princely state that emerged from the ashes of the Mughal Empire. But what is remarkable is the rule of the Begums that started with Qudsia Begum in 1819 who was known to be quite brave and energetic. She cared well for her subjects. When she declared that her two year old daughter, Sikandar, would succeed her as the ruler, none dared to challenge her decision.

Accordingly, after Quadsia’s demise, Sikandar Begum ascended the throne at the age of 27 years. Like her mother, she too never observed purdah and was trained in martial arts. She had an eventful reign and is credited with many achievements, like the establishment of a royal printing press. The one discreditable feature of her rule was the support given to the British during the Rebellion of 1857.

When the signs of the rebellion started appearing in the Army, the British officers who commanded the Bhopal army of 600 Cavalry and 400 infantry left to a safer place in Hosangabad, leaving the matter under the direct charge of the Begum. She dealt sternly with the rebels and brought the situation under control. Sikandar Begum died in 1868.

Her successor Shah Jahan Begum, like her Mughal namesake Shah Jahan, was passionate about architecture. She built a new palace for herself, also coincidentally known as the Taj Mahal. She built many other palaces such as Ali Manjil, Amir Ganj, Barah Mahal, and Nawab Manjil.

Also read ‘Chhatrapati Shivaji Maharaj, a Ruler for the Masses’

Shah Jahan introduced the Postal System in 1862 and issued the first postal stamp of Bhopal. She started the Railway Service in 1885 and waterworks in the city. She also published a government newspaper Umdatul in 1871. Besides making an artificial lake, she built a dam and a hydropower unit (Putlighar). She also laid the blue print for the first ever industrial policy.

But the most significant aspect of her Nawabship was the passing of laws for the protection of Hindus in her kingdom. She established a Hindu Property Trust, improved the taxation system, modernised the Army and took the first census. Sadly, she also commissioned the farming of opium to balance her deficit budget. Shah Jahan contributed to the founding of Mohammaden Anglo Oriental College at Aligarh, and authored many books in Urdu.

After Shah Jahan Begum’s death in 1901, her daughter Sultan Jahan, who became the ruler of Bhopal, found that the state was heavily in debt due to her mother’s extravagant ways. She rolled up her sleeves and began the uphill task of reviving the state’s economy. She paid special attention to the problems of her rural subjects.

A great achievement of Sultan Jahan’s reign was the establishment of a modern municipality in 1903. She introduced free compulsory primary education in 1918 and established an Executive and Legislative Council in 1922. A reformer like her mother and her grandmother, she overhauled taxation, the army, police, judiciary, jails, besides constructing irrigation and public works. However, her main legacy is in public health, as she pioneered a widespread inoculation and vaccination program, improved sanitation, hygiene and the water supply.

Her palace, Qasar-e-Sultani, is now converted to Saifia College. Her main palace, Sadar Manjil, now houses the Bhopal Municipal Corporation. She also authored several books. In 1926, she abdicated in favour of her son, Hamidullah Khan, and became an advocate of women’s emancipation. The Begum died four years later.

After Indian independence, the Nawab of Bhopal expressed his wish to retain Bhopal as a separate unit, which sparked agitations against him, leading to the arrest of prominent leaders including Sankar Dayal Sharma, the former President of India, then a political activist. Public outcry within his state and elsewhere forced the Nawab to release the political detainees. He eventually signed the Agreement for Merger on 30 April 1949.

The Bhopal Princely State was taken over by the Union Government of India on 1 June 1949. It was declared a ‘Part C’ state governed by a Chief Commissioner appointed by the President of India. According to the States Reorganisation Act of 1956, the Bhopal state was integrated into the state of Madhya Pradesh and Bhopal was declared as its capital. Subsequently, Hindu refugees were accommodated in Bairagarh, a western suburb of Bhopal (now renamed to Sant Hirdaram Nagar). This created a new cultural milieu as the new settlers brought with them their culinary and other traditions, adding to the richness of the cultural climate of Bhopal.

In 1960, after the demise of Hamidullah Khan, his second daughter, Sajida Sultan, was recognised as the successor by the Government of India. Her son, Mansoor Ali Khan, earned fame as the youngest captain of the Indian cricket team. He married Bollywood actress, Sharmila Tagore. Their son is the famous Bollywood actor, Saif Ali Khan. However, in 1971, the 26th Amendment to the Constitution abolished all such royal entitlements.

Unfortunately, a great contribution of the Shah Jahan and Sultan Jahan has been ignored by most of their biographers – the protection, preservation and restoration of the most important Buddhist monument in India, the Sanchi Stupa. During the nineteenth century, both British and the French officials wanted to take away its Eastern Gate, which was the best preserved, to be displayed in the museums of their countries. But, Shah Jahan restrained them from doing so. They had to be satisfied with plaster-cast copies of the same.

Considering the position of a protected princely state, she must have marshaled tremendous diplomatic skills to hold on to her stand. Subsequently, it had to be protected from railway contractors and builders who would have liked to use the bricks for their construction works. The discovery of Sanchi has vastly transformed our understanding of early Buddhism. Sultan Jahan provided money for the preservation of the ancient site and founded the museum that was built there, as well as the guest house where John Marshall stayed to write two volumes on Sanchi. She also funded the publication of the work.

The Begums of Bhopal combined energy and dedication with progressiveness that is surpassed by very few, like Tipu Sultan. At the same time, their peaceful rule led to the rise of a uniquely mixed culture of communal harmony and cosmopolitanism, as the Hindus were given important positions in the state administration. Such features gave the Bhopal royal lineage its own eclectic history.