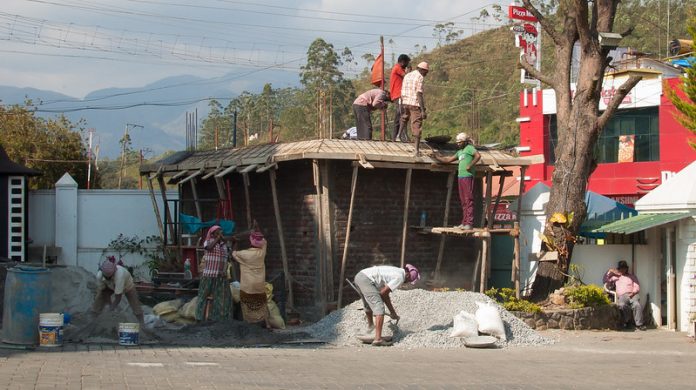 Last year September, the Indian government introduced the Occupational Safety, Health and Working Conditions Code (OSCHWC), 2020 in the Lok Sabha (Lower House of the Parliament). It was then referred to the Parliamentary Standing Committee on Labour, which recommended several substantive modifications. It was passed in the Rajya Sabha (Upper House) on 23 September 2020.

Since then, it has received presidential assent and has become an Act. The rules are expected to come by 15 November. In addition to the said modifications, the government has also proposed certain changes to the said Code in the light of COVID-19 pandemic.

The OSHWC is expected to consolidate and amend thirteen existing laws regulating the occupational safety, health and working conditions of persons employed in an establishment and for matters connected therewith or incidental thereto.

One of the legislations that this Code is going to subsume is the Inter-State Migrant Workmen’s Act, 1979 (ISMW Act, 1979). During the last six-seven months’ period, the plight of migrant workers were seen and discussed in details in public domain. Such distressing conditions amply testify glaring limitations of existing legislation.

The migration architecture on which the ISMW Act was based has undergone radical changes during the last three decades, particularly since 1991. The Act was predominantly framed with the assumption that contractors facilitate inter-state migrations. In later days, workers mostly migrated on their own. There is awful lack of official documentation of inter-state migrations in present times.

Learning from the things that happened during the pandemic-induced lockdown and its aftermath, the OSHWC has ultimately provided certain provisions that have relevance in the post-Coronavirus period. The earlier draft of this particular Code circulated in 2019 didn’t have these provisions.

The migrant worker crisis during the lockdown had a real impact on the lawmakers and certain new provisions were added to the earlier draft to make the new law relevant in the present context. For starters, the definition of ‘inter-state migrant workers’ has been broadened in the new Code.

As per section 2(zf) of the OSHWC, ‘inter-State migrant worker’ means a person who is employed in an establishment and who:

Thus, the new definition includes those workers who migrate on their own in search of livelihood from one state to another. The salary threshold of Rs 18,000 also seems prudent given the labour market realities in the present context.

Sometime back, the government admitted that it had no data about migrants’ death that followed the lockdown announced on 23 March. The fact is currently, there exists no ecosystem of capturing of data pertaining to inter-state migrant workers. Attempts have been made in the new Code for creation of a database of migrant workers.

As Aadhaar is otherwise not mandatory, for the purposes, the expression ‘Aadhaar’ shall have the same meaning as assigned to it in Clause (a) of Section 2 of the Aadhaar (Targeted Delivery of Financial and Other Subsidies, Benefits and Services) Act, 2016.

Section 60 spells out facilities to be provided by the employers of inter-state migrant workers, like suitable working conditions, reporting of fatal accidents, and social security enlistment. Section 61 provides for payment of journey allowance.

Under Section 62, the appropriate government shall make schemes to provide

(a) option to an inter-State migrant worker for availing benefits of public distribution system either in his native State or the destination State where he is employed; and

Thus, close examinations of the above provisions reveal that certain provisions were added keeping in perspective issues witnessed with regards to plight of inter-state migrant workers in post-Coronavirus period. These are useful and welcome insertions. However, there are still few contentious issues that remain.

First, there is this threshold issue of establishments employing ten or more workers where Chapter XI, Part II would be applicable. Most of the inter-state migrant workers are employed in an informal manner. Terms of employment and conditions of service are purely informal. These workers are also not shown in the muster roll or employee register and thus, will not reflect in papers.

If workers’ number threshold as provided in the Code is applied, most of the inter-state migrant workers would remain invisible. Applicability should have been made universal.

Moreover, there is always the problem of lack of awareness among the potential beneficiaries. Even the existing labour laws provide certain benefits to informal workers in general but most of them are unaware about these provisions. Information asymmetry and digital access are assumed to be in place, but the state of labour market is quite different.

Third, making Aadhaar mandatory for self-registration is problematic even if it is brought under the scope of targeted delivery of financial and other subsidies. Benefits under the Code are not mere subsidies, but recognition of identities too. Informal sector workers, particularly inter-state migrant workers, are footloose workers who lack access to basic things, including paper documents, for various reasons. Availability of Aadhaar should not be taken for granted.

Overall, certain provisions with regards to inter-state migrant workers in the new OSHWC take care of present day realities that have been amply manifested by the ongoing pandemic. It is certainly an improvement over existing legislations and changes in the labour market dynamics have been appreciated too in the formulations of the Code. These are welcome changes.

However, the baggage of threshold limit with regards to applicability still remains. It would have been better if the applicability provision was made universal. Further, use of information technology is inevitable, but there is an urgent need to address problems regarding digital literacy and access.

Finally, welfare provisions should not be made conditional to availability of certain official identity. The framework can be a bit more liberal in such matters.

Views expressed are that of the author and not necessarily that of the organisation he belongs to.