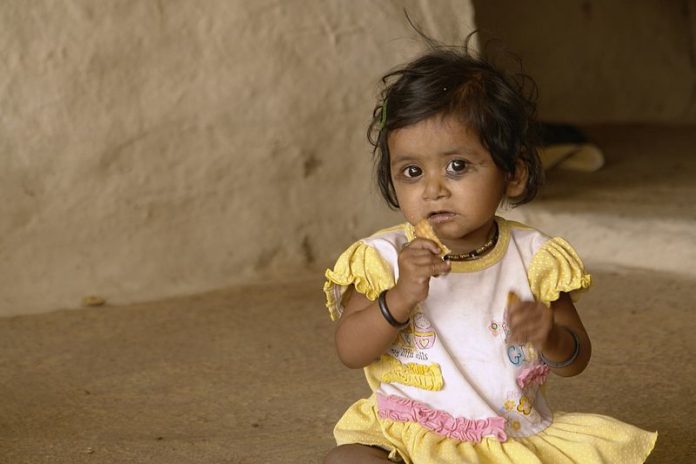 The shameful practice of female foeticide or the practice of killing a girl child within or outside the mother’s womb is still prevalent in India, despite successive governments, NGOs and other organisations taking multiple measures to eradicate the heinous act.

There is a general assumption that female foeticide is practiced mostly amongst the uneducated or economically weaker sections of Indian society because they perceive the girl child as a burden.

However, this is not true. The phenomenon is very much prevalent even amongst educated people in urban India. Such cases perhaps do not amount to ‘killing’ the girl child, but have similar emotions.

One wonders how many urban Indian mothers have encountered this phrase in their lives – “Ladka hota to achha tha” (it would have been good if it was a boy). This is especially when it is not the first child or is the second daughter. I have personally come across this on many recent occasions, not because I am a new mother but because I am a good observer.

If one goes to the Gynaecology and Obsterics Department in any hospital in any of the major cities of the country and just observe the reaction of the family waiting outside the labor room, one can observe the myriad of reactions after the birth of a girl child – from disappointed faces to forced happiness.

Also read ‘Men, Not Women, Need to be Educated for a More Gender-Equal Society‘

Sure, everyone has certain wants or desires for their family, but not everything goes according to our wishes. There are even instances of every member of a family sharing the news or photographs of a newborn baby boy on social media, but not even the father shows the same enthusiasm when a girl child is born.

There was a preconceived notion for a long time that female feticide was a product of illiteracy and female subjugation and hence, was more prevalent in rural India. Paradoxically, as revealed by the decennial censuses held in India, in spite of the spread of female education and increasing autonomy of women, especially in urban India, the strong preference for sons and the consequent elimination of the girl child has continued to increase.

This trend has been further boosted by the progress in science and technology, as techniques for the elimination of the girl child have become scientific and less risky. Thus, female infanticide of the past has now been replaced by female foeticide in the present.

And then there is the “blame’ on the mother – “Why couldn’t she bear or conceive or give birth to a boy?” Hard as it may seem to believe, but this still happens, and it happens in our very cities, near our homes.

The mother of a child goes through a huge hormonal, emotional, psychological upheaval in her entire period of pregnancy. After the childbirth, what she needs is the care, support and love from her family, especially the father of the child.

But sadly, she has to go through periodic taunts or sarcastic remarks – why wasn’t it a boy; why didn’t the doctor tell us before; he knew we wanted a male child; will she also be fair and beautiful?

And if the girl child is born with a darker or wheatish complexion, then such comments increase manifold.

The research of 2015 also reveals a very disturbing fact prevalent in urban India. The educated Indian women of today are very conscious of begetting only one or two issues, but in quite a number of cases, they also want to make sure that they have at least one son to perpetuate their family and family traditions.

Unlike the traditional son-preferring women, most of whom were God-fearing and did not prefer killing their daughters considering it as a sin, these significant proportion of modern educated women adopt their own so-called “rational and logical thinking.”

According to a number of these educated women, sex-selective abortion is a better way of family planning, as through this, they can plan both the number and the gender composition of their offspring.

We all are aware that in today’s stressful lifestyle, conceiving a child naturally and giving birth are huge concerns. There are so many couples (even young) who are unable to have a child even by In Vitro Fertilisation (IVF). So, should the sex of the child really matter? Shouldn’t one just focus on having a healthy baby whom one can raise safely and properly?

The attitudes and practices discussed above may not fall in the category of female feticide per se, but they definitely raise a question on gender discrimination that exists in the minds of urban India even today.