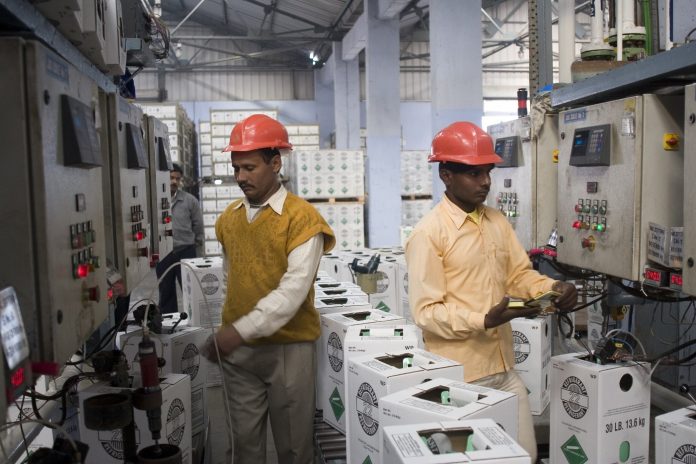 On 22 October, the Indian government’s Union Labour Ministry issued a notification revising the base year of the Consumer Price Index – Industrial Workers (CPI-IW) from 2001 to 2016, giving more weight to spending on housing, education and health in inflation index calculation.

Amidst the pandemic, the government had decided to freeze Dearness Allowance (DA)/Dearness Relief (DR) at current rates till July next year. The current rate is 17 percent of basic pay or basic pension. This index and the rate of inflation is released every month by the Labour Bureau under the Ministry of Labour and Employment.

To make the new series comparable with the older one, the Ministry stated that it has to be calculated using a linking factor of 2.88. Taking this into account, the CPI-IW for September is 118, and with linking factor, it works out to be 339.8 as against 322 in the corresponding period last year in the earlier series.

Price index numbers and their movement over time are very important indicators of changes in the value of money. They are used at regular intervals to maintain a somewhat constant real wages through appropriate adjustment of the nominal wages. The basic purpose is to maintain purchasing power over time. Further, the efficacy of index number depends on the choice of base year and its subsequent renewal at regular intervals.

Here, it can be mentioned that both Labour Bureau and National Statistics Office use the same basket for calculation of respective CPI-IW. The difference in outcome in index number then can only be explained in terms of base year used in these two calculations.

The Labour Bureau uses 2001 as base year and National Statistics Office uses 2012. The latter seems much more relevant than 2001. It’s obvious that as the base year gets older, it loses its relevance to a certain extent and one should have a new base year every 10 years.

As per the recommendations of the International Labour Organisation (ILO), Index Review Committee (IRC) and National Statistical Commission (NSC), the base year of price index numbers should be revised at frequent intervals, generally not exceeding 10 years, to reflect the changes that take place in the consumption pattern of consumers.

The current series of CPI-IW with base year 2001=100 covers 78 industrially important centres spread across the country. In the new 2016 series, 88 centres have been covered as against 78 centres in the 2001 series. The sample size for the conduct of Working-Class Family Income and Expenditure Survey, on the basis of which weighting diagrams have been derived, was increased to 48,384 families from 41,040 in the 2001 series, as stated by the Labour Minister.

The number of selected markets for collection of retail price data has also been increased to 317 under the 2016 series compared to 289 covered in the 2001 series. The number of items directly retained in the index basket has increased to 463 items from 392 items in the old series.

The new series also incorporates the changes in the consumption pattern of the working class families since the earlier base year of 2001. Under the new series, the weightage for the food group has gone down to 39.17 per cent from 46.2 per cent in the 2001 series, while the weight of miscellaneous items, like education and health, has risen to 30.31 per cent from 23.26 per cent.

The Centre of Indian Trade Unions (CITU) criticized the revision of the base year from 2001 to 2016 as it opined that it would lead to suppression of the real impact of price rise, harming the interests of workers.

“The entire exercise made by the Labour Bureau functioning under the Ministry of Labour on this matter has been thoroughly arbitrary, deliberately designed to suppress the real impact of the price rise of essential items for human survival and also to deprive the workers of their entitlement for legitimate DA [dearness allowance],” a statement by the CITU general secretary, Tapan Sen, said.

The bureau had ignored the fact that the prices of essential items, in particular food, were on the rise, while reducing the weight given to food items in the consumption basket from 46.2% to 39%, the CITU said. The CITU further said employers had been asking the government to freeze the variable DA payment to workers as a relief to them during the economic slowdown and that the revision in base year had provided that to the employers through the backdoor.

Problems with the revision

The fact remains that revision of the base year is long overdue. 2001 is too old. The consumption pattern of the industrial workers changed significantly over the last two decades. The base year needed to be changed to make it of contemporary relevance. However, there are few issues with the recent change in base year.

First, the timing of the change is an issue and also the subsequent freezing of DA till July next year. This change is made in the midst of the COVID-19 pandemic. The government would have waited a bit more as the current situation is anything but normal. The country is still in the process of fighting the pandemic.

Second, there is the issue of relative decline in weightage of food items vis-à-vis that of other items of non-food consumption. It is believed that over time and as you move up in development ladder, the importance of non-food items within the total consumption baskets increases. However, this might not be applicable to Indian working classes as consumption patterns are still heavily skewed towards food consumption.

Also, it is not clear whether according lesser relative weight to food items relative to non-food items is an outcome derived from the latest family consumption survey. The Labour Bureau should have clearly indicated the reason in this case. Further, rounds of tripartite consultations and social dialogue must have preceded before the change is made.

Third, the choice of 2016 as new base year too raises few questions. Usually, a relatively ‘normal’ year is chosen as base year, a year that does not have significant natural calamities like flood or drought and prices remain relatively steady. 2016 witnessed demonetisation, which happened on the midnight of 8 November 2016. Prices of consumption items were significantly impacted following demonetisation.

Here, it can be said that the base year change should have happened long back. Now, when it is happening, we are passing through extraordinary times. The Labour Bureau might have chosen a more opportune time.

The selection of a new base year and relative weight of different consumption items should have been finalised subsequent to tripartite consultations and social dialogue. It is not very clear whether this happened. Further, there is no clarity regarding whether certain changes in relative weights are based on outcomes of the latest family budget survey.