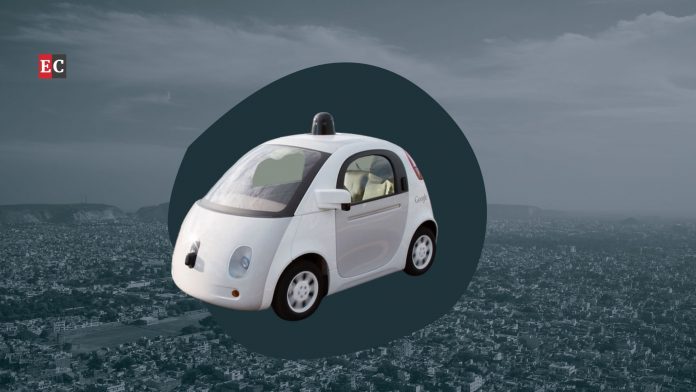 The current trend and enthusiasm of growing technological innovations in India shows that the emerging era of autonomous vehicles in the country is inevitable. This adour amongst the people in the country promotes, attracts and gives market to such technological advancements, thus enthusing manufacturing companies around the globe.

The pros and cons

When people refer to autonomous vehicles, they are largely pointing to technology that exists within each car, which allows it to read its surroundings and make driving decisions based on those readings. This answers to an extent the epistemological question – can autonomous vehicles ‘think’?

Whether the introduction of autonomous vehicles would make life simpler or harder is to be looked upon. Like all other technological advancements, this one too has its pros and cons.

Autonomous automobile technology is capable of narrowing the scope of fatal accidents. The reasons for road accidents can mainly be categorised into human error, condition or environment and vehicular condition. According to 2017 data presented by India’s Ministry of Road Transport and Highways, 82.9% accidents are caused due to human error. Further, the technology will increase the mobility of person with disabilities, elderly persons, and the likes.

On the other hand, the technology will fuel unemployment by way of eating up the jobs of drivers. Not only this, the development is capable of creating fear of much higher magnitude risks, such as cyber-attacks, attached to ‘networked’ cars.

Today, the challenge before India’s legislature is to give legal recognition to autonomous vehicles from top to bottom – from licensing, trial, taking out on to the road – and accidents caused by such cars. Amongst all this, what is tedious and the deciding factor of success ratio of autonomous vehicle is how far we are able to manage the adverse effects, such as accidents.

The question of liability

So who can be held liable to pay for accidents caused due to delinquent technology?

Currently, India does not have any effective or efficient provisions in law to address such questions within the Motor Vehicles (Amendment) Act, 2019 and the Central Motor Vehicles Rules, 1989. There is a No-Fault liability clause in the 2019 law that caters to cases of death or permanent disabilities caused to the victims and holds the car owner liable, it cannot be a panacea to all types of accidents as it fails to take into consideration minor accidents and injuries caused to the occupant of the car and non-intervention of human beings while driving. This would unjustly makes the car owner an unwitting victim of substandard laws.

Therefore, who has to wear the crown of liability can be decided amongst the probable liability holders:

Total rejection is a missed opportunity

The development of advanced technology in the form of artificial intelligence poses a possibility of acting as a traumatising agent due to lack of laws. Times have changed, at least technologically. As a consequence, laws are required to adapt themselves to the new generation.

While addressing such problems, we may face some odd consequences, such as a situation to deal with the question of imposing criminal liability on cars. There are instances where the car manufacturer has promised to take the responsibility of actions of their self-driving cars, therefore making an addition to the marketing technique. Volvo is a case-in-point here.

The au fait personalities with AI in the legal industry have engaged them to address ramifications arising out of such delinquent technology. It is high time for us to come up with transcendent solutions and address such problems to fully prepare for eventualities.

The Government of India may ban autonomous vehicles before they come in action as per the recent statement made by Nitin Gadkari, the Union Minister of Road Transport and Highways: “We won’t allow any technology that takes away jobs.”

Here, what is not taken into consideration by government is the benefits which the country will reap from autonomous vehicles. Therefore, autonomous vehicles are both a necessity as well as likelihood if development has to be endured.

According to the Ministry of Road Transport and Highways, around 150,000 people were killed in road accidents in 2017, and there were around five lakh reported accidents. These could come down with the introduction of autonomous vehicles. Further, as stated earlier, autonomous vehicles would provide mobility to person with disabilities and senior citizens.

The success of the autonomous vehicle will depend on how well we are prepared to adapt and cope with the whole technology.

is a Law Student at Narsee Monjee Institute of Management Studies (NMIMS) School of Law, Mumbai. He can be reached at krishnaagarwal1210@gmail.com.