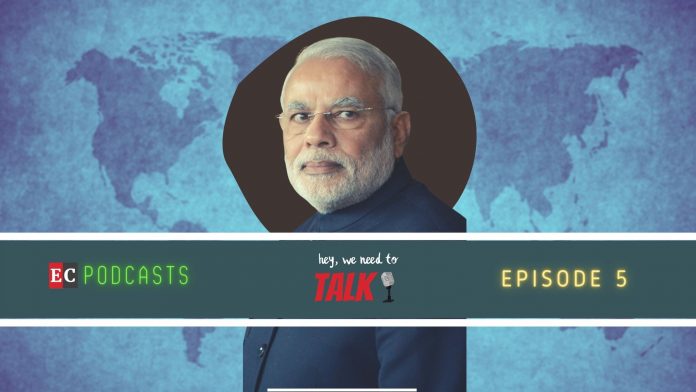 There is a certain way in which India has traditionally positioned itself at an international level – a plural, secular, tolerant, multi-party democracy. The gaze with which the world looks at India was, in many ways, shaped by this positioning, which is all but a legacy of the country’s first prime minister, Jawaharlal Nehru.

However, there is a sense of late, that this is changing. Since the right-wing government of Prime Minister Narendra Modi took charge in 2014, certain domestic events in India have come under increasingly greater scrutiny from the international community, particularly the Western liberal media.

Good offices of the United Nations, such as the Office of the High Commissioner for Human Rights (OHCHR) and third-party organisations, like the US Commission on International Religious Freedom (USCIRF), too have issued stinging statements and reports on India’s domestic sociopolitical situation.

Some of the events that have come under scrutiny include beef-related lynchings, anti-Muslim hate speech, arrests of political activists, laws against foreign funding of NGOs, and others that reflect a rising tide of Hindu nationalism in India.

While Western capitals and the media looked at Modi more or less favourably when he came to power in 2014, things have become uglier with each passing year of his tenure. The critical voices from the international community got particularly shrill after the government diluted the constitutionally-guaranteed autonomy of the state of Jammu and Kashmir in August 2019 and placed the Muslim-majority Kashmir Valley under an indefinite lockdown.

This was followed by the passing of the controversial Citizenship Amendment Act (CAA) 2019 in December 2019 and then the sectarian violence in Northeast Delhi, which was widely reported to be directed against Muslims. These events in quick succession soured international opinion of the Modi government. On its iconic cover, Time magazine straight out went from “Why Modi Matters” in 2015 to “India’s Divider-in-Chief” in 2019.

But the Modi government has remained persistently dismissive of all international criticism of its policies and actions, either flagging them as commentary on India’s “internal matters” or brushing them off as motivated and misleading.

What changed and why? Do these patterns of change mean something or are they just trivial background noise? Will India come to head with the international community if the Modi government continues on its current trajectory? Will the Modi government face international sanctions or is he well shielded? How will a Joe Biden presidency affect Modi’s standing and relationship with the Western world?

In this episode of #HeyWeNeedToTalk, Shubhangi Agarwalla and Prannv Dhawan join Angshuman Choudhury to unpack these questions and more.

Listen to all the other episodes on our Podcasts page.

Views expressed by the discussants are their own.