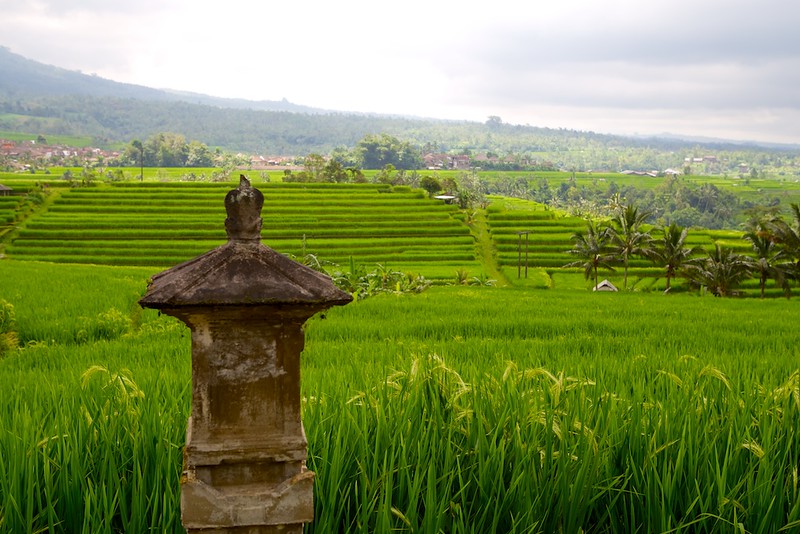 If there is one civilisation in the world that is comparable to India in terms of its vivid multiplicity and polyvalence, then that is Indonesia. Aided by a liberal Visa regime (which often is not reciprocal), Indian anthropologists and sociologists are at present having their field day in Indonesia.

Yogtyakarta, Bali and Java have become easy pickings for nascent elite academics from the global south. Shared cultural legacies of the erstwhile ‘Sanskrit Cosmopolis’ make them feel slightly home, and not unwelcome as is the wont of other more advanced and less advanced nations of the world, towards visiting Indian researchers.

The mildness of the social terrain is in sharp contrast to the aggressive South Asian postures. Cultural superiority aside, in gender too Indonesia proves to be a fertile terrain. Thus, Indian academia in its search for the El Dorado of foreign grants, turns upon the syncretic civilisation of Indonesia with all the voraciousness of a book-starved reader in a well-stocked library.

Ethnographical studies on Indonesia have a fairly large timeline, from colonial orientalists who studied the Minangkabau, the largest matrilineal community in the world and their customs and linguistic digglossia, to post modern anthropologists who focus on the neo-orientalist predilections of contemporary society in Indonesia.

In the 1940s, Edward Evans-Pritchard produced problematic ethnographies of the Nuer people. His project was never articulated in such a manner that differentiated it from the British and European colonial interests in Southeast Asia and in Indonesia. Clifford Geertz also had a sojourn in the Indonesian archipelago where he compiled texts such as Princes and Peddlers: Social Changes and Economic Modernization in Two Indonesian Towns (1963), Islam Observed: Religious Developments in Morocco and Indonesia (1968), and The Social History of an Indonesian Town (1965).

Following the end of Dutch colonialism and the advent of self-rule and the dictatorship of Suharto, and the referendum in East Timor, to the ongoing political crisis in West Papua, the Indonesian archipelago has been undergoing tumultuous changes in the recent past. Benedict Anderson, whose formulation of the nation as an imagined community’ found widespread currency and who died in Batu in East Java in 2015, was a scholar who lived through most of these ups and downs of the Indonesian archipelago.

Act of Killing, Joshua Oppenheimer’s scathingly brutal documentary of the anti-Communist pogrom under the Suharto regime and its henchmen like Anver Congo, was criticized for turning a blind eye to local Indonesian protest formations against the same.

The Indonesian Embassy in New Delhi offers regular free courses in the Bahasa Indonesia, but there are few takers. The Jawaharlal Nehru University (JNU), reeling under a right-wing dispensation, hardly focuses on its certificate course offered in the Bahasa Indonesia. Even as this devaluation of Indonesia and its culture is going on, there is an inflationary value attached to them in the academia from the perspective of gathering information and doing field work.

According to this perspective, the colonial role-playing field has been slightly altered, where Indians provided data to substantiate western theory. At present, the fledgling Indian academic scene is attempting to gobble up easy pickings from the vast terrain of Southeast Asian history, economy, politics and culture.

Reseachers such as Mahmood Kuria and Aleena Sebastian have conducted extensive studies on the matrilineal customs of Indonesia. Kuria, associated with the Leiden University and International Institute of Asian Studies, is also a recent Veni grant. The grant, made up of 2.5 crores in Indian Rupees, was widely celebrated in local Indian and Malayali media in Kerala, the region of South India where Kuria comes from.

Conferences and networks formed, thereby, in metropolitan Europe and also elite Indian academia form the driving force behind such neo-orientalist narratives. The ‘Look East Policy’ (now rechristened as the ‘Act East Policy’) in Indian diplomacy has captured the imagination of the academic community too, it seems. The Indian ocean rim region, as Sheldon Pollock says, constituted a Sanskrit cosmopolis, Indonesia forming a vital cog in this Sanskritic ecosystem.

There is a kind of nascent reconquisita going on in the academia that includes the social, cultural, educational, political and sexual subjugation, using social historical constructions of fraternal ties in the past.

Oriental studies departments in India operate as Centres for the Study of Social Systems’. There are two such institutes in India – Centre for Study of Social Systems (CSSS) based in Kolkata, where the famed subalternists once reigned (and still do), and JNU’s Sociology Centre in New Delhi. In both these places, there is a prevalence of upper caste temperaments, attitudes and practices that transform into theory and praxis, at the cost of objectification of their non-elite subjects of study.

The academia is not immune to the ongoing hegemonic totalisation and the right-wing upsurge in India. JNU also has a School of International Studies (SIS), which often produces quite problematic notions of the outside world. Such ideas are at the crux of a ‘diplomacy of paganism’, which focuses spatially on non-semitic regions, including Japan, Mexico, China and parts of East and Southeast Asia and temporally on the history of semitic cultures, including West Asia and Ireland. This constitutes the paradox of what the Slovenian philosopher Slavoj Zizek has termed ‘Zionist anti-semitism.’

Disparities in wealth and population distribution is also driving this. There is a huge economic rift that separates Indonesia, an Asian tiger economy, from India that according to some reports is still home to the majority of the world’s poor. While Edward Said, in his seminal Orientalism, elaborated upon the West’s production of a certain knowledge about the east, thus enabling it to exercise power on the Orient, the mutual cannibalisation by the global south was left for the likes of Ian Buruma to ponder upon in works such as Occidentalism which deals with Asiatic totalitarianism.

The churn that is occurring across the former colonies of Britain seeps into its colonial Dutch aftermath as well. In Indonesia, “the University of Leiden occupies the space that is reserved for Oxbridge in the Indian imagination, being a former colony of Britain” goes a truism. It is not just the historic and regional specificities of Java, Sumatra, Bali and the ties of the past that bind, but also exigencies of academic production.

The scopus that binds

Writers and anthropologists, such as Geertz and Anderson, have framed Indonesia in their works on nation, polity and society. India has often been their field as well, in a curious formulation by which the western scholar possesses the theory and the orient turns into mere data.

India also shares many civilisational similarities with Indonesia. In their work on the country, contemporary scholars are propelled by this easy juxtaposition, which operates as a sort of academic unconscious. The Sanskrit cosmopolis as a residual ideology provides the ideal framework for such vestigial research.