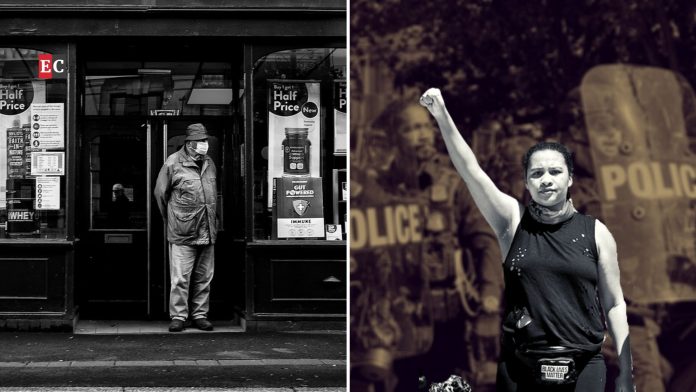 As we crawl out of 2020’s clutches and enter a new year, one can’t help but recall the dizzying experience that these past months were. Very few generations in modern history must have witnessed a global disruption of this scale or even reckoned with a graver challenge to how we understand modernity itself.

So far-reaching have the consequences of the COVID-19 pandemic been that despite extensive media coverage, surveys, scientific studies and varied forms of soul-searching, we are yet to fully grasp the effects of this 21st century virus on our collective existence.

One thing, however, is crystal clear – there is a profound paradox in 2020.

It was a year of gloom, devastation and hopelessness for billions around the world. Yet, for many others, 2020 brought hope and the possibility of a different, more empathetic and morally just world. From rekindling the flame of socioeconomic justice and turning it into a wildfire to rejecting men in power whose day job is to incite and divide, 2020 showed us what the politics of resistance can achieve.

2020 also told us that come what may, the good amongst us will continue to thrive and make sure others thrive. Amidst the stifling lockdowns and debilitating quarantine regimes, somewhere, we discovered that our reticent next door neighbour or the seemingly pompous colleague or that cheeky friend who can’t stop talking is also a mighty-hearted humanitarian who would walk the extra mile and risk an infection to feed and clothe the needy.

In short, 2020 was a year of stagnancy, but it was also a year of revolution – revolution not just in the streets, but also in our hearts.

We thank you for sharing all or part of the year with us. Here are the 20 of our most-read articles from 2020, a list that exists only because of readers like you who stopped by us. We at Eleventh Column hope you have a meaningful, happy, healthy and revolutionary 2021!

For feedback, suggestions or any other comments, drop us a mail at editor.eleventhcolumn@gmail.com. Our editors check our inbox regularly.