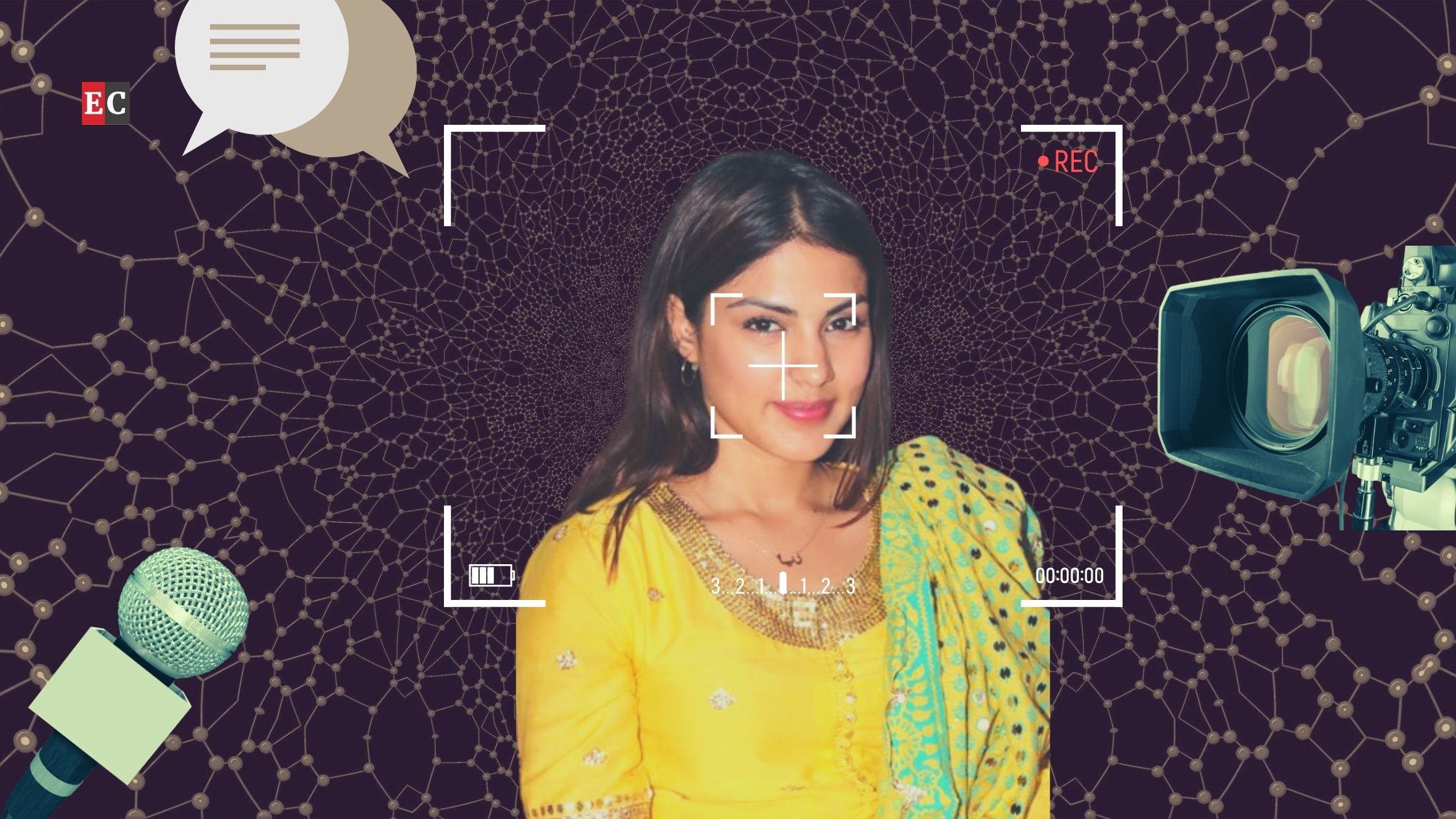 The popular discourse that has emerged following the recent death by suicide of Bollywood actor, Sushant Singh Rajput, is an attack on modern, ambitious women by the flag-bearers of patriarchy. The outcry on social and mainstream media, which was initially in support of a fair investigation, has now suddenly changed course to vilify the deceased actor’s Bengali partner, Rhea Chakraborty.

There is a collective attempt to create the post-modern image of a ‘fallen women’ as against an ‘angel in the house’.

Thomas Hardy, a contemporary of Charles Dickens, has portrayed with mastery, in his fiction, the dichotomy of the ‘fallen’ and the ‘Angel’. In his story The Withered Arm, there are three primary characters – Rhoda Brook, Lodge and Gertrude. Rhoda was driven by society into living in a hut away from the community, alone with her son, whereas Lodge, the father of Rhoda’s son, lived and remarried a woman named Gertrude.

The setting of the story had a gothic appeal to it. Hardy’s portrayal of the fallen woman ‘Rhoda Brook’ with supernatural powers convinces the reader of her villainy and antagonistic behaviour. By creating an element of mystery and fantasy around the character, Hardy establishes the believability of her actions. It is set on the characterisation of the ‘Angel’ and her domesticated nature.

In Gertrude, he finds the perfect ‘Angel in the house’, and without an angel, there can be no ‘fallen’. Their existence is dependent on this dichotomy.

Despite the ongoing investigation, which has now been taken over by the Central Bureau of Investigation (CBI), few media outlets and social media pages have continuously made an example out of Rhea and ridiculed a section of modern, ‘feminist’ women by assigning traits to her face. Some memes addressed her as a ‘gold-digger’, while others used her regional identity to create a supernatural generalisation of Bengali women.

Here, I don’t wish to defend anyone who has committed a crime (if they have), but rather, talk about a larger issue. Who is a criminal and who is not, that is on the law to decide, and we can agree or disagree with the decision. But, what is problematic is using it as an opportunity to silence women with ambition by drawing general, unproven conclusions from one incident based on misplaced or downright malicious perceptions.

Also read ‘Men, Not Women, Need to be Educated for a More Gender-Equal Society’

With hashtags such as #SushantKaPavitraRishta against Ankita’s visuals on the screen, media houses and meme creators have recklessly categorised a woman into a certain type, like in the Victorian era. Ironically, this image is generated with falsity, in an attempt to draw TV viewership points out of a woman who has lost the person she loved. The image is produced to satisfy the narrative that the outlets are trying to sell, most probably without even the permission or conscious action of the actor.

The whole narrative is singularly focused on sensationalising the suicide and Rhea’s relationship with Sushant. First, certain photographs of Rhea in ‘modern outfits’ have been handpicked to sell the narrative of the ‘fallen woman’. In contrast, Ankita is shows as an ‘Angel’, wearing traditional outfits – quintessential metaphor for the domesticated, pure woman, in opposition to a woman with desire and dreams. One is being portrayed as an ideal partner, and the other as opposite.

Second, content creators, including the mainstream media, have deliberately given a supernatural aspect to the fallen woman to convince the Indian public to believe their version. Culturally, our society has perceived magic to be a taboo or an act of witches. So, if somehow, the fallen woman can fit that existing narrative, it becomes easy to silence a woman’s opinion in the future.

But, this is not about Rhea, Ankita or even about Sushant. In no capacity have they triggered such regressive impulses or behaviour in Indian society. It is the collective patriarchal mindset that has taken an event totally out of context and used it to attack the feminist movement in India.

The memes on how Bengali women can do black magic (kaala jadoo) and how they have always destroyed Bihari boys are mere assertions of the toxic masculinity that subverts female agency. It is their reaction to the stereotypical notion that they carry around about Bengali women being opinionated, expressive and feminist.

Through this counter-narrative, they have antagonised the female voice and choice, thus trying to assert a patriarchal superstructure. Also, it is an age-old tradition to blame the woman for all wrong done, without any concrete proof. We see both mainstream and social media only carrying this tradition forward.

The next step to this antagonism is alienation. Opinionated women will be secluded from society, and again, there will be a cry for ‘wife-material’ women who would live her entire life inside the domestic sphere. However, if someone opposes the conventions, they will be sent to live in a sequestered hut like Rhoda Brooks.

This will happen sooner or later. For any religious fundamentalism to rise, the feminist movements must fall. The constant bullying from unidentifiable accounts with saffron profile pictures to undermine the female voices is a reflection of bulging Hindutva fundamentalism in the country. In a broader context of politics, we have anyway already seen how feminist narratives are crucified in order for fundamentalist politics to rise – be it gender misogyny or religious.

To prevent it, we must first lay our fingers on the core issue. This means we must all discuss the discourses and interpretations that such an event offers – even if that is related to the death of a beloved actor.