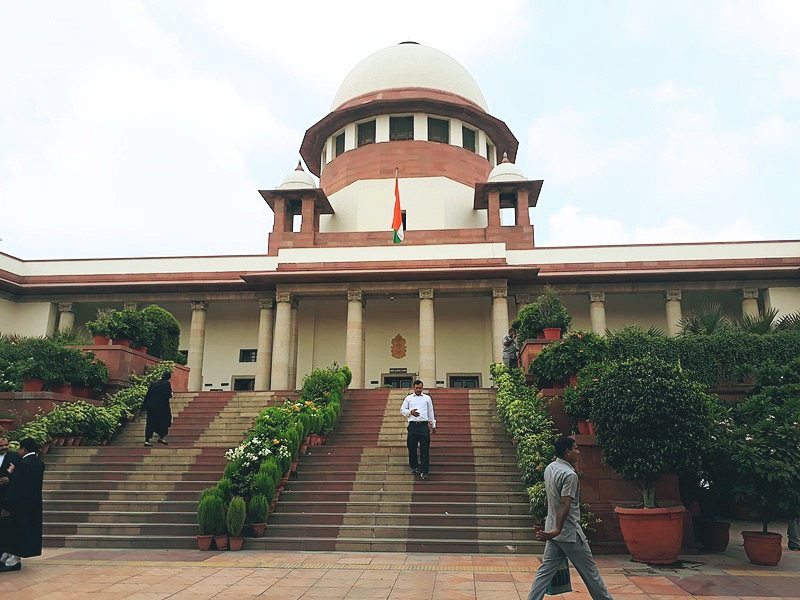 Recently, the Supreme Court of India ordered free testing of COVID-19 suspects in all private laboratories approved by the Indian Council of Medical Research (ICMR) or the World Health Organisation (WHO) across the country. Less than a week later, faced with criticism, it modified the order to mandate free testing for only the poorest, specifically those covered under the union government’s health insurance scheme.

What do these orders, which actively meddle in the affairs of state business, mean for the court’s role as a judicial institution?

In recent times, there has been an enormous expansion of unaccountable judicial power in India. A remarkable shift in the working pattern of the courts has emerged, by virtue of which the judiciary appears to be occupying an ascendant position within national politics. What it would not do under the traditional pattern now seems evidently possible with growing judicial intervention in domains such as state businesses.

The jurisprudence of judicial review – or the power of courts to review executive and legislative decisions – emanated from American Courts. In the case of Marbury v. Madison, 15 US (1 Cranch) 137 (1803), the Supreme Court of the US created its authority to declare federal statutes unconstitutional. Although seldom used in the Court’s early years, the power of judicial review over federal statutes has been used more frequently by the Rehnquist Court.

In a series of cases, the Court has declared unconstitutional, federal statutes that have gone beyond the limits of the Commerce Clause, or Section 5 of the Fourteenth Amendment, or have invaded the sovereignty of the states as guaranteed by the Tenth and Eleventh Amendments. This principle was adopted by Indian Courts at a later point for safeguarding the fundamental rights of the people.

In India, ‘judicial activism’ has become a buzzword within both the legal and non-legal fraternities. Judicial activism can be termed as judicial creativity, judicial craftsmanship, judicial law making, imaginative sharing of passion, look beyond the existing law, or activist justicing. However, in recent years, the judiciary is charged to have harboured, under the ambit of judicial activism, an increasing tendency to transgress into the fields of other organs, such as the legislatures and the executive.

The COVID-19 free testing in private labs is just another example of this newfound judicial impulse.

While hearing the recent case of Shashank Deo Sudhi v Union of India, Civil Writ Petition No. 10816/2020, the Supreme Court of India first ordered universal free testing of COVID-19 suspects in accredited private laboratories and then tapered it down to only the Economically Weaker Sections (EWS).

The court, giving its decision a moral dimension, said private hospitals and laboratories have an important role to play in containing the scale of the pandemic by “extending philanthropic services in the hour of national crisis.”

On the face of it, it seems to be a very good decision. But from a pragmatic point of view, the cons of the order outweigh its pros.

Prima facie, courts are not expected to step out of their legitimate powers under the garb of judicial review, particularly while discussing a political and policy concerns. The issue of making the tests at private laboratories free of cost is related to public business, and requires knowledge of State finance. Therefore, it is the elected government that must make decisions on such an issue, largely because it is administering the situation on a daily basis and thus, is much more aware of the prevailing situation.

The duty of the judiciary is simply to give effect to the legislative policy of a statute under the ambit of the Constitution and not reconstruct or create a policy. The court does not have jurisdiction over any such issue, since it is only about policy, with no legal element involved.

No legal basis for intervention

The theory of ‘Separation of Powers’, as expounded by Montesquieu and accepted by our country, provides for three organs of the State –  the Legislature, the Executive, and the Judiciary. The Judiciary has been assigned the role of adjudicating disputes and defining rights of the parties.

“the Indian Constitution has not indeed recognised the doctrine of Separation of Powers in absolute rigidity but the functions of the different branches of the government have been sufficiently differentiated and consequently it can be very well said that our Constitution doesn’t provide for assumption by one organ or part of the State of functions that essentially belong to another”.

Restricting the judicial transgressions in policy matters, it was held in Bhagwat Dayal Sharma Vs. UOI ILR (1973) Del 847 and Peoples Union for Democratic Rights Vs. Ministry of Home Affairs ILR (1987) Del 235, “that where the power to do or not to do a thing is optional and discretionary and there is no statutory obligation, direction to the Executive to do a particular thing cannot be given even where matter is of public importance.”

Similarly, in Kanhaiya Lal Sethia Vs. UOI (1997) 6 SCC 573, the Apex Court held that, “it is not open to a petitioner to seek a direction to the Union of India to introduce an official Bill in the Parliament or to sponsor a Private Member’s Bill to be introduced on the subject. It was also observed that, “Courts should not interfere in policy matters of the State unless the policy violates the mandate of the Constitution or any statutory provision or is otherwise actuated by mala fides.”

As per the observations done and ratio recorded, it’s amply clear that the courts cannot and shouldn’t interfere into the work ambit of Legislative or Executive organs of the government, as such decisions are made by the experts in the field after considering and keeping due factors in conscience.

The Court doesn’t have enough practical experience, domain expertise or academic acumen to decisively know what will be the fallout of making testing free. Since this doesn’t involve any metrics of legality, the court should have stayed out of the issue.

Further, the nature of the reimbursement is still uncertain. The courts didn’t seek any recommendation from any expert committee while passing the order. It issued the order solely on the basis of arguments by counsels, whose domain of research is always restricted. On the other hand, the government’s research is more holistic, as it allocates works to different expert committees. Such committees frame policies taking in consideration the various facets of an issue.

The modification of the original order also raises an evident presumption about the lacuna that was inherent in the previous order. Even by restricting free testing to the poorest, the Court has encroached upon the policymaking power of the government. It has made the same mistake, which it set out to fix through the later modification.

The court order might keep both the government and private labs under a pale of uncertainty. This may, in turn, lead to shutting down of private labs, as in the absence of a quid pro quo when resources are limited, they might fail to sustain costs and operations. Once private labs start shutting down, there will be an acute shortage of testing facilities, because those who can afford private testing will also become more vulnerable to the disease. These loopholes weren’t addressed by the Apex Court.

The decision, thus, was an erratic one. The intervention that should have been done in the interests of the public may act as an attack against their own interests.

Vishal Kumar is a student of law at the Campus Law Centre, University of Delhi. He tweets at @AsOurLawls. Read his articles for Eleventh Column here.