Home Public Health COVID-19 What Rights Do Indian Prisoners Have During a Pandemic? 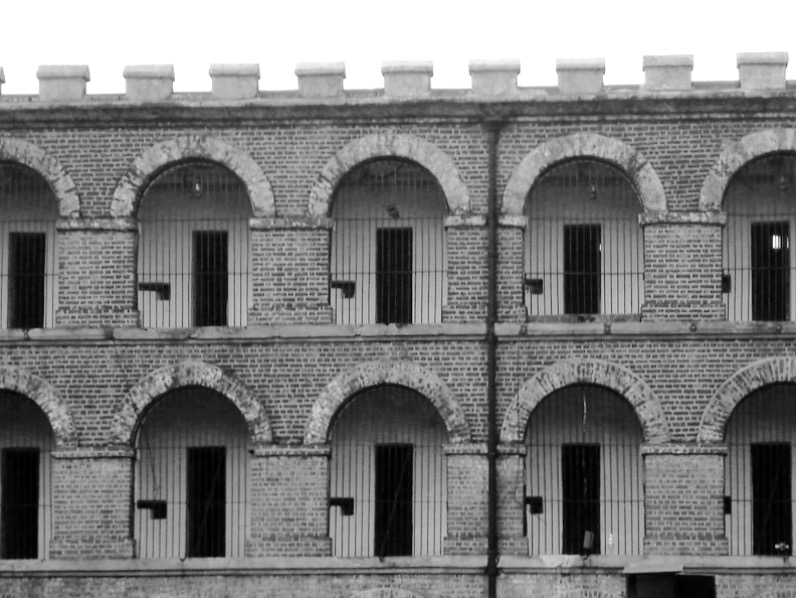 The COVID-19 outbreak has been the most difficult challenge the entire global community has faced in recent times.

It is the catastrophic global socio-economic and significant health impact of the spread of the virus which prompted the World Health Organisation (WHO) to declare the outbreak a Public Health Emergency of International Concern.

Like the world, India has also been hit by the outbreak, with 33,000 confirmed cases and over a thousand deaths.

On account of there being no vaccine available, the major health measures that have been adopted globally rely heavily on isolation measures of different sorts for checking the spread of the virus. It is in this light that the concept of social distancing has attained significance as a preventive measure to break the global chain of spreading of the virus.

Social distancing can be defined as deliberately increasing the physical space between people to avoid spreading illness. It was in furtherance of this concept that the Indian government recently announced a complete lockdown of the country to break the chain of the spread of the virus.

Indian prisons, in the absence of continued lack of foresight, the slow mechanism of the judiciary, and other such reasons remain not only potential hubs for a mass outbreak of COVID-19, but also a complete mockery of the idea of social distancing.

Thus, it is imperative to analyse the rights of the prisoners locked up in prisons exceeding their capacities, across the length and breadth of India, in the face of a disease that is best fought through social distancing.

State’s obligations towards the health of prisoners

Now it is but imperative to understand whether the fundamental right to health is available to a prisoner as it is to the citizens of the country.

The Court specifically held that not providing proper health care facilities to prisoners would lead to a violation of their fundamental rights, thereby attracting the remedy of the courts.

Apart from the Indian Constitution, Section 4 of the Prisons Act 1894, provides for the provision of sanitary accommodation facilities to prisoners.

At the same time, Section 7 of the same legislation contemplates the provision of shelter and safe custody facilities to such prisoners who may be found to be in excess of the prison capacity of a prison. Under the Act, a prisoner necessarily has to be checked by a medical practitioner at the time of admission into the prison.

The Model Prison Manual 2016 contemplates extensive guidelines for prisons in case of epidemics.

In cases of there being an epidemic breakout, the Prison Manual considers permanent segregation sheds for every infected prisoner, overcrowding to be avoided in isolation wards and cells, and treatment of patient’s clothing and infected barracks.

The United Nations Human Rights Committee, in its Concluding Observations on Moldova, has clearly stated that the failure of a state in taking positive steps towards the prevention of the spread of contagious diseases in prison would amount to a violation of Article 6 (right to life) and Article 9 (right to liberty) of the International Convention on Civil and Political Rights (ICCPR).

India is a state party to the ICCPR. Thus, there are obligations on the Indian Government when it comes to taking steps towards preventing the spread of COVID-19 in prisons, and any such failure will lead to violation of obligations under the ICCPR.

What does the data on Indian prisons say?

It is an open secret that Indian prisons suffer from over-occupancy. On average, Indian prisons had an occupancy rate of 117% between 2008 -2018, which means that in toto, they held 17% more inmates than their capacity during the period.

These numbers with respect to people behind bars have, in all probability, increased in the last two years since the Prison Report 2018, was released.

The most concerning fact amidst this is that 69% of the population inhabiting the prisons in our country is composed of undertrials.

While the occupancy rate for prisons is swamping in some states such as Uttar Pradesh (174%), Delhi (154%), Chhattisgarh ( 153%), the states in which prisons are not over-occupied also throw up concerning numbers, especially when seen in the face of a pandemic – Bihar (93.3%), Punjab (95%) and Rajasthan (92%), for instance.

The Supreme Court of India took suo motu cognizance of the over occupancy of the Indian prisons in times of the COVID-19 outbreak in the country.

It directed the State Governments and Union Territories to consider granting paroles of four to six weeks to prisoners booked under lesser offences to decongest prisons.

While isolation wards have cropped up in prisons all across the country, major steps for decongesting of prisons in the form of granting emergency paroles and interim bails to undertrials have started in many states of India, such as Uttar Pradesh, Madhya Pradesh, and Maharashtra. Also, some of the state governments have put a ban on prison visits from relatives and others for some time.

What should the State do?

The right to health, being a fundamental right under Article 21 of the Indian Constitution and the same also being available to prisoners, it becomes vital for the state to ensure the protection of the former.

If the state fails to make efforts towards preventing the spread of coronavirus in prisons, and subsequently, in safeguarding the health of the inmates, it fails to protect not just a constitutionally-guaranteed fundamental right, but also its obligations under Articles 6 and 9 of the ICCPR.

It is also clear that prison-specific legislations in India, such as the Prison Act 1894, mandate clean and sanitised accommodation facilities for inmates and shelter and safe custody arrangements for prisoners who may be in excess of the capacity of a prison.

However, the unhealthy and filthy state of the majority of Indian prisons presents an incomplete picture. The Prison Manual 2016 also provides measures to fight an epidemic by establishing isolation wards in prisons.

Isolation wards have been established on the same lines in many prisons across the country. However, keeping in mind the history of implementation of policies in the country, an efficient mechanism must be established in every state to keep a check over the establishment and proper functioning of such isolation wards in each prison in the state.

The primary response of the state concerning prison reforms in light of the COVID-19 outbreak has been in the form of reducing the number of occupants in over-occupied prisons in the country.

However, the rate at which this exercise is being conducted across the length of the country poses some serious questions concerning the consequences of this response.

This is because there is no uniform policy to regulate the process of releasing inmates on bail or parole for a limited duration across different states. Thus, in the light of no COVID-19 tests being conducted in every prison from where such prisoners are released, there is a risk of releasing new vectors of the disease all across India, as it is well known that the virus often does not show early symptoms.

It is in this respect that the Supreme Court has ordered the concerned state governments not to release any prisoner who, after the passing of the relevant order, has suffered from COVID-19.

However, it is advisable if the temporary release of such prisoners could take place in smaller batches only after conducting proper coronavirus tests, especially because the symptoms of the virus often do not manifest themselves.

Taking a cue from the Kerala Model, the state and the central governments should also run awareness drives in the prisons to make inmates aware of the disease and preventive measures.

The quality of medical services provided in Indian prisons has often been questioned. The inmates in prisons are entirely reliant upon the state for the provision of health care facilities.

Basic healthcare provided in Indian prisons is often seen as substandard and cheap, and it is recommended that the same has to be raised to the level of essential primary health care services that are provided to the citizens of the nation who are not inmates.

The 1983 report of the A.N. Mulla Committee on Prison Reforms recommended establishing separate prisons for under-trials, quick trials and the granting of bail to an under trial during the process of the trial, unless it could be proved by the prosecution that granting of the bail could endanger the process of justice and the security of the society.

The recommendations of the Committee on granting bail to an under-trial can be adopted at the moment to prevent new undertrials booked for petty offences from being sent to the prisons and adding to the already brimming number of undertrials present locked in our prisons (69% of the total number of prison inmates in India are undertrials).

The other recommendations of the Committee, as stated above, also need to be gradually and effectively implemented over a period of time to make our prisons ready to face an epidemic of this magnitude in the distant future.

The COVID-19 outbreak is just one of the deadly pandemics that the world has witnessed. But it will, in all probability, not be the last one.

The prison system in India needs a massive overhaul at its roots to protect its prison population from another crisis in the future.

This analysis was originally published in the Law School Policy Review, and has been republished under collaboration.

Akash Anurag and Aniket Raj are students at the National Law University, Jodhpur.