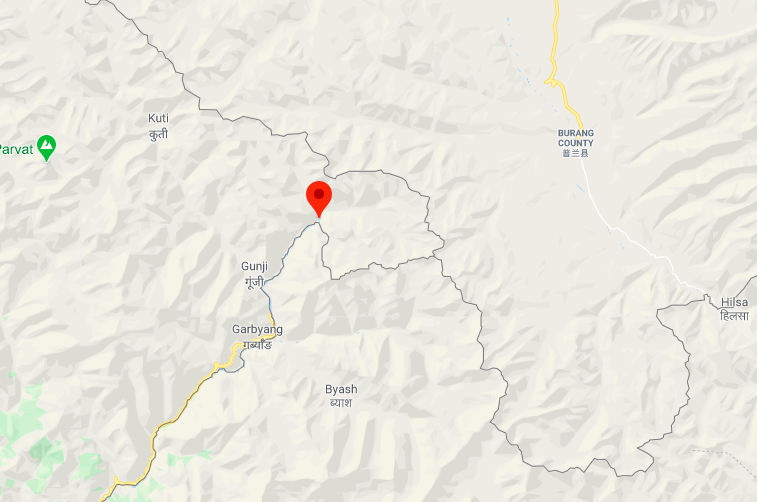 Earlier this week, the government of Nepal raised objections after the Indian defence minister, Rajnath Singh, inaugurated the link road from Dharchula to Lipulekh, identifying Lipulekh as “China border”.

With this, the cordial relations between two conventionally friendly nations – India and Nepal – has come under stress. The centripetal force of this bilateral diplomatic confrontation goes towards a long–pending territorial dispute over the Kalapani region.

The Kalapani region is an area of around 372 square kilometre en route to the Kailash-Mansarovar and is geographically stretched in the southern part of the Himalayan Lipulekh Pass.

The dispute on Kalapani lies since long amid these two close neighbours – Nepal claims the region as an integral part of the Darchula district followed by counter claim and administration by the Indian side as the part of the Pithoragarh district of Uttarakhand.

Before China took control over Tibet, there were free movements of people along the trijunction of India-Nepal-Tibet without any travel restrictions and the same has been followed till date between the historical Hindu and Buddhist pilgrimages of India and Nepal. Even in recent times, Nepal has served as a transit point for Indian pilgrims going for Kailash but they need permission from Chinese government to enter Tibet.

Prior to the 1950 Indo-Nepal Treaty of Peace and Friendship, which is the basis of multifaceted relations between the two, the Treaty of Sugauli was signed in December 1815 and was ratified in March 1816 between the Kingdom of Nepal and British India after the Anglo-Nepal war of 1814–16 ended.

As per the Sugauli Treaty, the delimitation of boundary had been persuaded along the Kali (Sharda or Mahakali) River. The discrepancy prevalent in locating the source of the Kali River has emerged as the teething point of the Kalapani boundary dispute, as both neighbours produced their respective political and physical maps from time to time as their respective supportive arguments to their territorial claims.

As per India’s stand, the source of Kali River lies at the Kalapani village, which falls under the administrative jurisdiction of Pithoragarh district of Uttarakhand. In support of its argument over territorial claim of the Kalapani area, it has shown the tax records and other administrative dossiers dated back to 1830, followed by presentation of a 1879 map by Indian authorities and experts under which the Kalapani region was a part of the British India.

On the other hand, Nepal also elucidates that the source of the Mahakali River lies within its state of Limpiyadhura, and the same status quo was maintained regarding the geographical and political status of the Kalapani area in most of the maps published from 1816 to 1880. As per some Nepalese experts, a claim has been made that according to the maps published by the then British Surveyor General of India in the years of 1827 and 1856, Kalapani area is clearly depicted as a Nepalese territory.

It was evident that in conformity with the Article 5 of the Treaty of Sugauli (1816), Limpiyadhura (North-Western Nepalese region) has been accepted as the source of the Mahakali River.

Further, Lipulekh pass has remained as a strong geostrategic and geopolitical point for India to keep an eye of surveillance against any attempt of Chinese encroachment. As a result, since the Sino-Indo War of 1962, the Indo-Tibetan Border Police Force (ITBPF) are posted there.

Moreover, in 2000, during the India-Nepal bilateral interaction at prime ministerial level, Kathmandu was assured that New Delhi would not occupy even an inch of Nepalese territory.

However, the Kalapani territorial dispute became embroiled once again when Nepal registered its complaint against India and China, after the issue of the Sino-India 41 Point Joint Statement published during the Indian Prime Minister Narendra Modi’s China visit in May 2015. Under its section 28, India and China expressed their agreement to negotiate on augmenting the list of traded commodities via expanded border trade at Lipulekh Pass. While registering its complaint, Nepal said that this pass is a disputed trijunction and Nepal has an equal share.

The present irritation originated after the Indian Defence Minister inaugurated the 80 km long Lipulekh road through video conferencing on 8 May 2020.

Nepal registered its protest against India’s road inauguration by summoning the Indian Ambassador based in Kathmandu and sending a diplomatic note expressing its concern. However, as a response to Nepalese concern, the Indian Ministry of External Affairs has reiterated that the road lies within Indian territorial jurisdiction, and it tracks the same route as previously followed by the pilgrims to reach Kailash-Mansarovar.

India also expressed its willingness to resolve the issue through means of cordial bilateral dialogues.

Indo-Nepal bilateral relations, which are also popularised as “Roti-Beti Ka Rishta” (relations of food and family) have always stood the test of time and faced several ups and downs.

The Eminent Person Group (EPG), which was formed in February 2016 with experts from both the countries, to review and upgrade all the bilateral pacts, has submitted its report to the Indian Prime Minister. Both the countries should formally accept the report and implement the recommendations for maintaining cordial relations.

Nepal and Nepalese people have always been a security provider to India. Hence, both countries should not let hypernationalists, ultranationalists and other groups that spread anti-Indian feeling in Nepal to take leverage of the situation.

Further, a sense of maturity was shown by the Nepalese Supreme Court when it asked the government to produce the country’s original map exchanged with India during the signing of the Sugauli Treaty in 1816 after a petition, in order to start political and diplomatic efforts to protect Nepali territories.

India should respond positively to Nepal’s request for high level talks involving Foreign Secretaries and the political leadership once the COVID-19 crisis is over. The two governments should fill the communication gap with urgency. After all, the need of the hour has changed since the time the Kalapani border dispute first emerged. In the process, the cordial ties between the people of both nations should be held supreme.

This analysis was originally published by the Nepal Institute of International Cooperation and Engagement, and is republished under a collaboration.