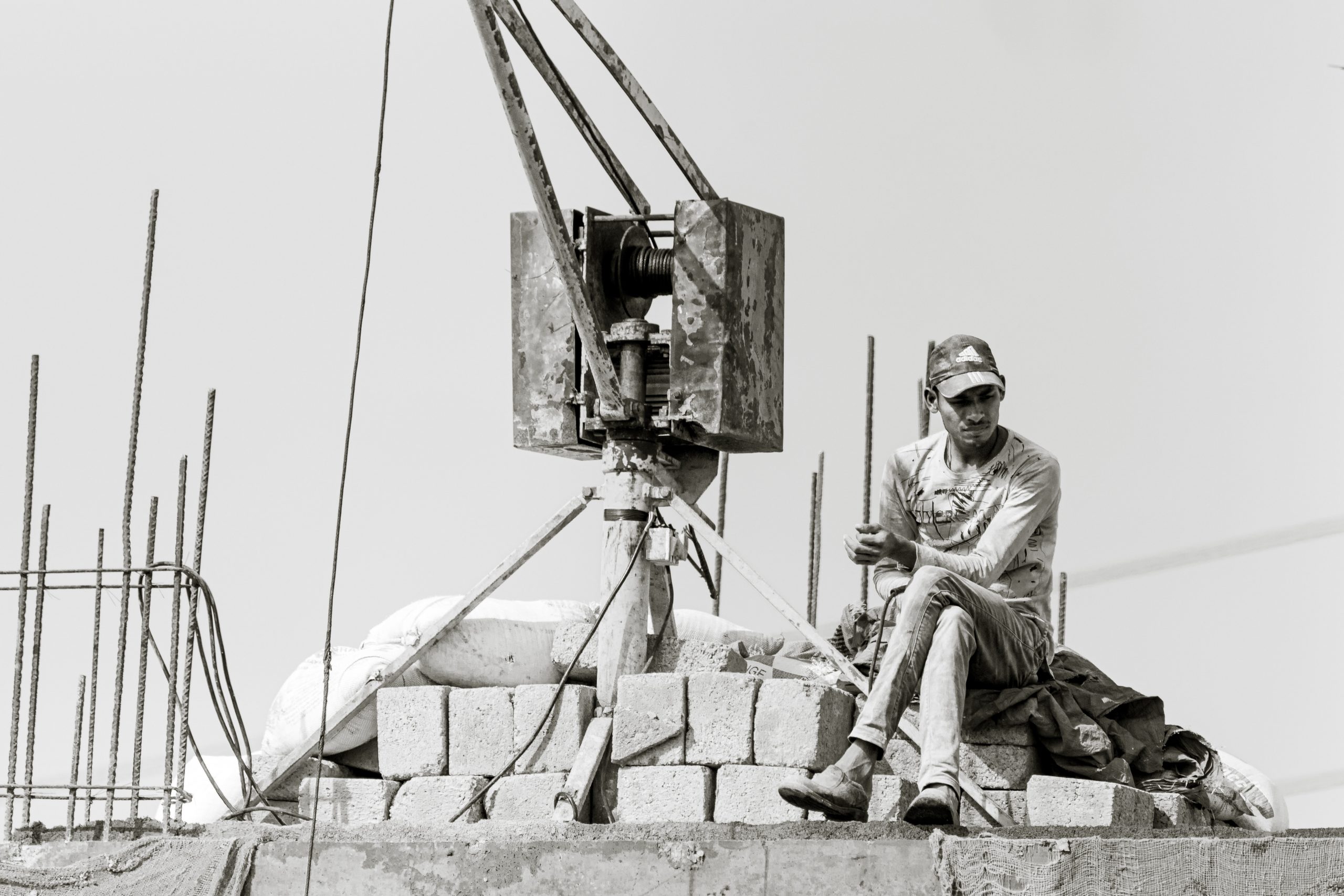 The Indian government’s Ministry of Labour and Employment (MoLE) has formulated a draft ‘Code on Social Security’, which is presently in the process of necessary consultation at appropriate stages. In line with this, the central government introduced the Code on Social Security Bill 2019 in the Lok Sabha last December. It was then referred to a standing committee, the report of which is slated to be discussed in the upcoming monsoon session of the Parliament.

But the Draft Code, as circulated in the public domain, falls short of addressing a host of critical issues – like universalisation of social security, inclusion of informal sectors including self-employed workers, management of social security funds, and dealing with multiplicity of social security organisations. There is also a general feeling of unfulfilled aspirations over these issues.

Such an exercise does not happen very frequently and it is an opportunity to ensure social security for millions of our workers.

Over the last three years, the MoLE has been formulating four specific codes on wages, social security, industrial relation, and occupational health, safety and welfare. The Code on Wages is already a law, as it was passed in both houses of the Parliament last year December. The Code on Social Security is currently with the Standing Committee on Labour and under necessary consultation. The draft Code is in public domain and is a subject of debate among stakeholders, policymakers, academicians, and the larger civil society.

After considerable period of deliberations and consultations, the union government has circulated the draft Code, a key labour law proposal that seeks to amalgamate a clutch of existing laws. The Code on Social Security 2019, once in place, will merge eight exiting labour laws:

The Code proposes few new initiatives, like social security for unorganised sector workers and insurance and health benefits for gig workers. Besides, it also proposes corporatization of existing organisations like EPFO and ESIC, wherein they are to be headed by people other than the labour minister.

“Central Government shall formulate and notify, from time to time, suitable welfare schemes for unorganised workers on matter relating to life and disability cover; health and maternity benefits; old age protection; and any other benefit as may be determined by the central government.”

On framing of schemes, the draft says the states may also formulate and notify suitable initiatives for unorganised workers, including schemes relating to provident fund, employment injury benefit, housing, educational scheme for their children, old age and funeral assistance.

Further, as unorganised sector workers are spread across the entire length and breadth of the country, inter-state arrangement and cooperation becomes all the more imperative. The Code does not provide for such eventualities. Ideally, the central government should conceptualise a basic structure, which if successful, should be adopted by States after necessary customisations. Without such a basic structure, implications of this Code would be too varied across States to be administered.

The Code fails to undertake such inclusion in an easy and meaningful way. The concept of universal social security for all is missing, only dealt in bits and pieces in the Code.

Corporatisation of EPFO and ESIC

The draft Code proposes that pension, insurance and retirement saving bodies, including the Employees’ Provident Fund Organisation (EPFO) and Employees’ State Insurance Corporation (ESIC), be made “body corporate”. The word “body corporate” is qualitatively different from the present definition. The draft also talks about appointment of chief executive officers (CEOs) in these organisation indicating that the labour minister, labour secretary, the central PF commissioner and Director General of ESIC may not be the default heads of such organisations.

Essentially, it proposes that the EPFO become a more structured national body with its entire Rs 11 trillion corpus under the responsibility of a central government-appointed chairperson. Currently, the EPFO is headed by the labour minister who is also the chairperson of its central board of trustees.

“The Central Government shall also appoint a Financial Advisor and Chief Accounts Officer to assist the Chief Executive Officer in the discharge of his duties,” the draft Code says. “The Central Board shall be a body corporate, having perpetual succession”.

Corporatisation of EPFO and ESIC, as indicated in the Code, would bring an element of uncertainty in the portfolio management. ESIC and EPFO together have the custody of huge sums of money meant for a sizable section of the workforce. This money belongs to the registered workers themselves and leaving the custody outside governmental control seems like a risky prospect, given the dim records of corporate fund management in recent years.

The Code extends social security provisions for the gig and platform workers – temporary employees hired by organisations on digital platforms. As per the draft Code:

the “Central Government may formulate and notify, from time to time, suitable social security schemes for gig workers and platform workers” and such schemes would encompass issues like “life and disability cover”, “health and maternity benefits”, “old age protection” and “any other benefit as may be determined by the Central Government”.

Though the exact number of gig workers are unknown as they are still figuring out whether they are formal or unorganised workers or independent entrepreneurs. A 2017 study by consulting firm EY has said that nearly one out four gig workers in the world are from India. The draft proposal comes as California recently approved a law for wage benefit and protection for gig workers, such as those working in taxi aggregating companies like Uber and Lyft.

Inclusion of gig or platform workers within the Code is an innovative approach, in line with the changing world of work. This should remain open because new forms of labour emerge with changes in technology. General terms like “gig or platform workers” are appropriate because they can absorb a whole range of people within its fold. Future of work entails further mystification of employer-employee relation using digital technology. Workers would seem independent and self-employed in such a context and provision of social security would remain inadequate or even nonexistent. The Code does take this aspect into account to a certain extent.

All other laws – like the Maternity Benefit Act, Payment of Gratuity Act, Employee’s Compensation Act, Building and Construction Workers Cess Act – have their basic provisions intact; but each has been incorporated as Chapters in the Code. It is like clubbing provisions of existing acts into a code without any major tinkering. Hitherto Acts now become chapters. This is simplification to a certain extent. However, it seems an opportunity is lost, as elements of social security could have been interwoven into a holistic social security legislation. The draft Code in its current form appears like a collection of existing legislations without any thread of meaningful integration.

Trade unions have already stated that they are against the proposal for provident fund, pension and insurance funds to be administered by a central board. In fact, they are against the corporatisation of these boards. Recently, the Bharatiya Mazdoor Sangh (BMS), an affiliate of the Rashtriya Swayamsevak Sangh (RSS), rejected the draft Code in its comments submitted to the MoLE. The BMS said in a statement that the first draft had provisions for the right to social security for all and establishment of a central apex council headed by the Prime Minister, which are missing from the latest draft.

Employers should be made to own up to the reality that they have responsibility in providing social security to their workers. The state has a responsibility, but the primary responsibility still lies with employers as they are the ones taking advantage of the workers’ productivity. The state can provide the basic ecosystem, but labour market relations should prevail in specific micro contexts. The state also has financial constraints.

At the end, this Code remains a collage of existing legislations without a common link. It provided hints of progression, but stops short of attaining those aspirations. It promises, but can hardly meet expectations.

Dr Kingshuk Sarkar is an independent researcher and works at government of West Bengal. He has PhD in Economics from Jawaharlal Nehru University, New Delhi and has worked for more than twenty years in labour administration. He can be contacted at kingshuk71@hotmail.com.