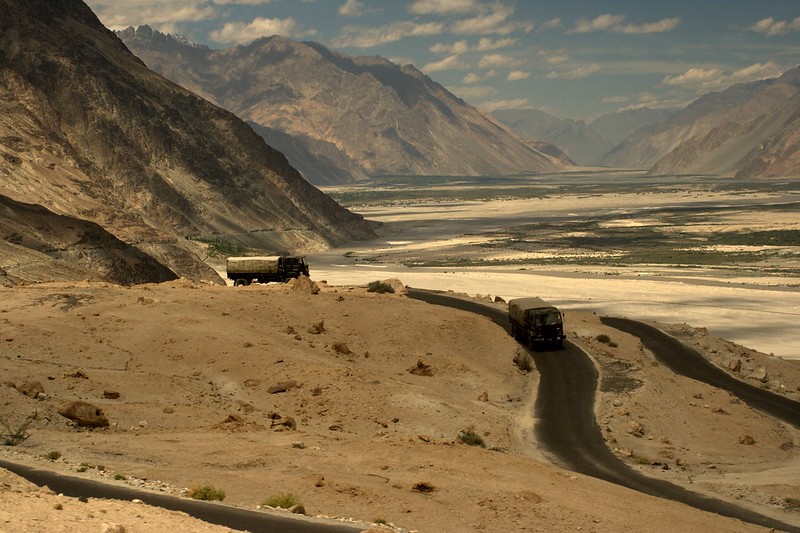 The face-off between Indian and Chinese forces has become uglier with the recent deaths of 20 Indian soldiers and an unknown number of Chinese soldiers. It is the first such incident in over four decades and likely to change India’s perception of China decisively.

US President Donald Trump initially offered to mediate to help resolve the border crisis threatening peace in the broader Himalayan region. Trump knew the two would reject his mediatory proposal. But his decision to make it should be understood within the context of his ‘free and open’ Indo-Pacific vision, US strategic rivalry with China, and his diplomatic aim to nudge India towards a more confrontational position vis-a-vis China.

The increasingly robust US pushback against China involves characterising China as the pre-eminent threat to global peace and stability in the 21st century. To deter China’s rising ambitions, the United States has championed the revival of a robust Quadrilateral Alliance (the Quad) of ‘like-minded’ democratic powers — the United States, Japan, Australia and India.

Ties between India and the United States continue to grow despite facing some obstacles in their relations. There has been a significant expansion of security cooperation between New Delhi and Washington. Trade between the two over the last two decades has jumped from US$16 billion to US$142 billion. But trade tensions have also risen since Trump took office in 2017, particularly over tariffs, foreign investment limitations, intellectual property rights, medical devices, e-commerce and data localisation, and the cap on H-1B visas for Indian professionals.

India’s Prime Minister Narendra Modi is aware of the challenges of depending on the United States, particularly given the potential for a change in US external posture with a change in administration. These uncertain dynamics have injected a dose of caution into India’s strategic behaviour and its relations with the United States.

India’s Indo-Pacific vision is less muscular and more diplomatically nuanced than that of the United States. In his keynote speech at the 2018 Shangri-La Dialogue, Modi projected India as a trans-continental ‘pivot state’ that believes in freedom of navigation across international waters, thus embracing the Indo-Pacific and India’s emergence as a global power. He also praised India’s long tradition of strategic autonomy by highlighting India’s ability to navigate geopolitical fault lines, demonstrated by simultaneously mentioning the ‘extraordinary breadth’ of India–US relations and the ‘maturity and wisdom’ of India–China relations.

India continues to walk this tightrope in dealing with China more gently than the United States. Its rejection of Trump’s offer to mediate underscores New Delhi’s strategic engagement with Beijing and its preference to use established diplomatic channels to peacefully resolve the standoff.

Notably though, Modi and Trump seem to share a common belief of China having hostile intentions. Modi himself has never expressed such a belief in public but his party members have, suggesting that his government considers China a challenge. India has shown greater caution about compromising its economic engagement with China than the United States has with its trade war.

Multiple recent confrontations at different locations in eastern Ladakh along the disputed India–China boundary clearly indicate a pattern in Beijing’s behaviour and some prior planning. Chinese President Xi Jinping has adopted an increasingly confrontational approach toward India, marking a new low for arguably India’s most important regional relationship.

And Chinese military deployment along the Line of Actual Control has been far greater than what was witnessed during the 2017 Doklam standoff. As India struggles to respond appropriately, Trump has seized the opportunity to secure a more robust commitment from India regarding its role in the Quad.

Areas of tensions and divergence between India and China — boundary disputes, the China–Pakistan Economic Corridor (CPEC) and trade imbalances — seem to be manageable. But these flashpoints could turn into explosive conflicts combined. New Delhi has attempted to find a modus vivendi with Beijing with informal summits between Modi and Xi in Wuhan in April 2018 and Mamallapuram in October 2019, but this is unlikely to make much of a difference, as India has often found China insensitive to its security concerns.

Also read ‘Did the US Give A Free Hand To China In The South China Sea’?

China’s increasing ‘comprehensive national power’ means that New Delhi’s options are severely constrained in handling the crisis despite public proclamations of calm by government officials and military commanders. Following the most recent physical clashes between soldiers, resulting in 20 Indian casualties, the government’s dilemma is compounded. In this supercharged atmosphere, the question must not be whether the Chinese suffered casualties, but what might ‘de-escalation’ look like.

Any move by the Modi government backing down under Chinese pressure would be a psychological blow to India’s national morale. Trump understands this strategic predicament, increasingly pushing Modi to take a firm stand against China.

Trump’s invitation to Modi to attend the next G7 Summit and discussions about the India–China border will continue to put pressure on Modi to radically recast the coordinates of India’s engagement with China. The art of Trump’s deal is strategic and not impulsive when it comes to the Indo-Pacific and India’s role in it.

This article was originally published in the East Asia Forum and has been republished here under a CC BY-NC-ND 3.0 license.

Vinay Kaura is Assistant Professor at the Department of International Affairs and Security Studies at the Sardar Patel University of Police, Security and Criminal Justice, Rajasthan.