Home Law What the US Supreme Court Can Learn About Rights-Protection From Its Indian... 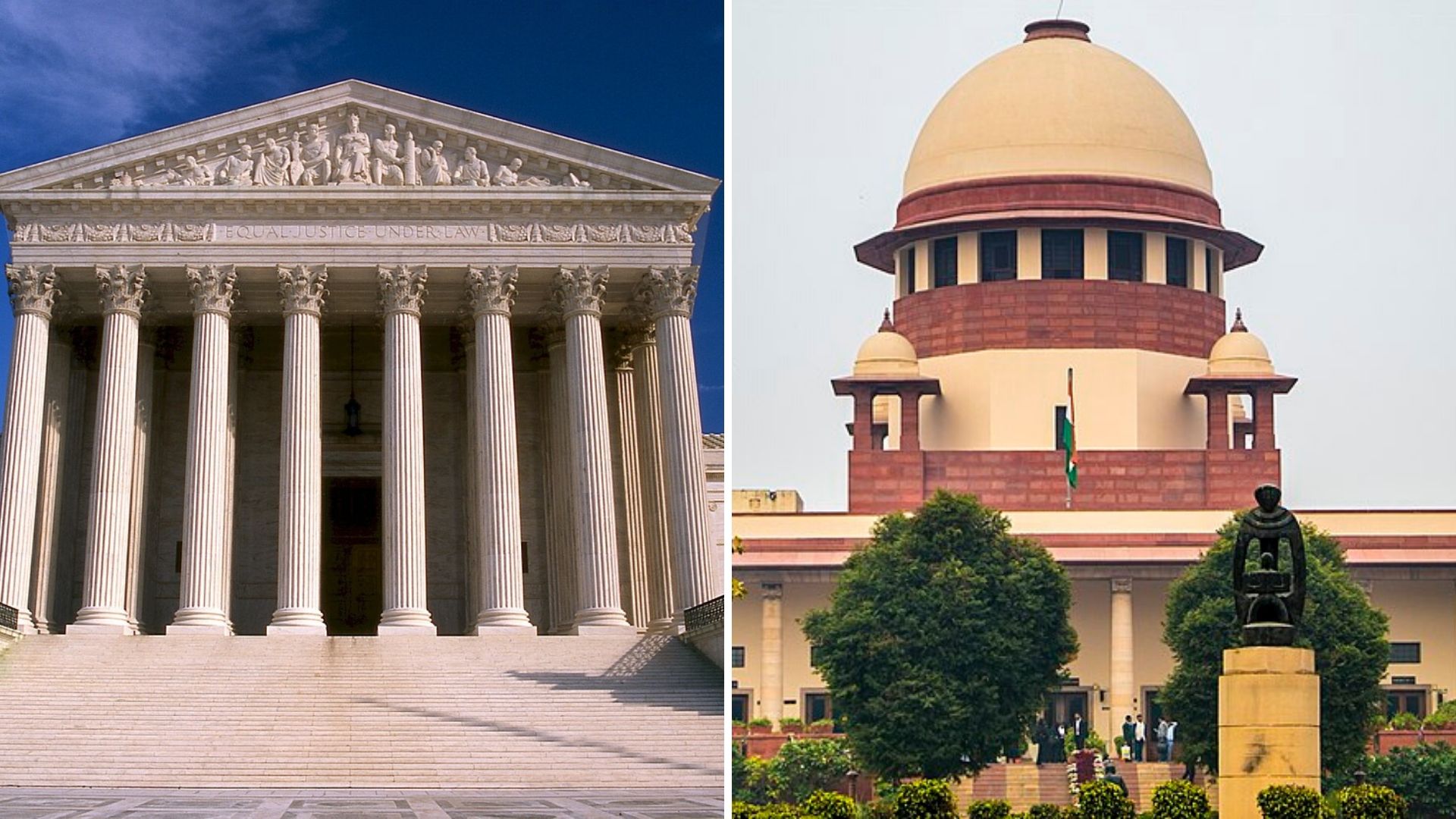 The criticism levelled against the method used to arrive at the verdict in the recent case of Bostock v. Clayton County at the Supreme Court of the US has concretised even more after the recent lawsuit filed by California regulators against Cisco for allowing caste discrimination in the workplace.

The Bostock case dealt with the interpretation of Article 7 of Title VII of the Civil Rights Act (CRA) 1964, which prohibits discrimination at workplace on the basis of colour, race, sex, religion and national origin. In this case, three employees were thrown out of their jobs because the employers discovered that they identified as gay or transgender.

The Supreme Court was thereafter called upon to decide whether “sex”, which is a protective ground as per the CRA, could also include sexual orientation or gender identity. The five-judge bench handed down a progressive judgement, concluding that employers cannot discriminate against queer persons in their hiring-firing policies.

The doctrinal inclination of the judges towards textualism in the Bostock case can be clearly gauged from the illustrations they gave to include sexual orientation and gender identity within the meaning of “sex” as used in the CRA.

They opined that if a person was being terminated from their job for identifying as a gay, it was essentially direct discrimination on the basis of sex, because if a woman expressed her attraction for a man, it would not be a ground for termination. But since a man was expressing his attraction for another man, it was being used as a ground for termination.

The court made a similar analysis in the case of trans-people by saying that if a trans-person was being fired because of their gender identity, it amounted to discrimination on the basis of “sex”. They were being discriminated because they decided against retaining the “sex” that they were assigned at birth whereas other cis-persons retained their sex assigned at birth.

Using deductive reasoning, the court struggled to somehow connect “sex”, which was a protected ground in the statute to “sexual orientation” and “gender identity”, which were not protected grounds. This struggle to link two different things using a complicated series of cause and effect relationships shows the judge’s reluctance to go beyond the confines of the statute to uproot the social upheaval resulting from the discrimination against the LGBTQ community.

Now if the bench, which gets to decide the Cisco caste discrimination case, decides to employ an approach as employed in the Bostock case, the outcomes are bound to be problematic for the minority communities.

In this case, the petitioner, that is California regulators, contends on the behalf of the aggrieved person that although Title VII of the CRA does not mention ‘caste’ as a ground for discrimination at workplace is allowed, they assert that they would argue the case using the ground of religion – caste system is an integral part of the Hindu faith, which falls under the protected ground of religion as per the CRA.

If the bench arrives at a conclusion as per the textualist and originalist approach, they would conclude that caste is not a protected ground as per the act. They would say two things – that the words of the statute do not reflect any intention of the legislature to include caste within the ambit of the act; and that whether to or not include caste is a policy decision that should be left to the legislature.

Even if the court were to conclude that caste could be a protected ground, as it is integral part of Hinduism, the relief granted by the court would only extend to the Hindus who are entrapped in the lower rungs of the caste hierarchy. However, various sociological and empirical studies have shown that the caste system is not isolated to Hinduism, and the shadow of ones caste follows an individual wherever they go, even after they have converted.

Also use ‘Why #BlackLivesMatter Is Relevant to India: Common History of Discrimination’

A strict reliance on the words of the statute and intentions of the legislature would not lead to just outcomes. This is because of several reasons – the words of a statute might not have clear and settled meaning at times; it is practically not possible to include everything within the words of the statute itself, and this logistical limitation calls for a need to look beyond the statute to solve problems that might not be envisioned by the CRA; the drafters of the law or constitution cannot apprehend all the possible peculiar situations in the future because society is an extremely dynamic entity.

In this regard, the approach taken by the Indian judiciary – especially ever since it entered its renaissance period in 2018 and handed judgements in the Tripple Talaq case where it struck down the practice of Talaq-e-biddat (Islamic practice of the husband divorcing his wife by triple enunciation of the word ‘talaq’), Sabarimala case where it allowed women to enter the Sabarimala temple in Kerala, and the Navtej Singh Johar case where it read down Section 377 of IPC – can be a better doctrinal philosophy while deciding cases pertaining to fundamental and constitutional rights.

This approach was evident when the court said that having a particular sexual orientation was a matter of choice and it formed a part of the right to dignified life and the right to privacy; when they said that not letting women enter the Sabarimala temple due to their physiological traits like menstruation was another form of untouchability  as it discriminated based on notions of purity and pollution; and when they said that adultery could not be criminalised as per Section 497 of the Indian Penal Code (IPC) because of the anatomy of the provision was such that it treated women as being chattel of men and was unreasonable as per Article 14 standards.

Rights like the right to privacy and right to freely express one’s sexuality and gender identity, have impacted many lives in India in many ways, rendering the country’s human rights jurisprudence mature.

Providing for such rights would not have been possible if the court relied on the bare text of Article 21, which only guarantees the right to life and liberty. This approach of reading unwritten rights into the constitution is more accommodative and dynamic to keep up with the pace of changing conceptions of rights and inclusivity.

If at all, courts fail to engage in this process of transforming societies as and when a matter concerning substantive rights comes before them, they would also fail to dispose of their job of being anti-majoritarian institutions.

This is because legislatures enact laws with purely political motives of satisfying their vote banks. Thus, the one who has more votes in hand, has more power to lobby. It is often seen that minority groups generally do not have such high political capital to get the legislature to pass laws in their favour.

In such a situation, the courts need to step in and use the constitution to transform the society by giving newer interpretations to the bare text with the categorical objective of securing dynamic substantive rights for the minorities. This potential to speak for the ones who are not represented by the legislature, which is a majoritarian institution, is what will make courts what they are truly supposed to be – anti-majoritarian institutions.

Anchal Bhatheja is a student of law at the National Law School of India University, Bengaluru.

is a student of law at the National Law School of India University, Bengaluru.