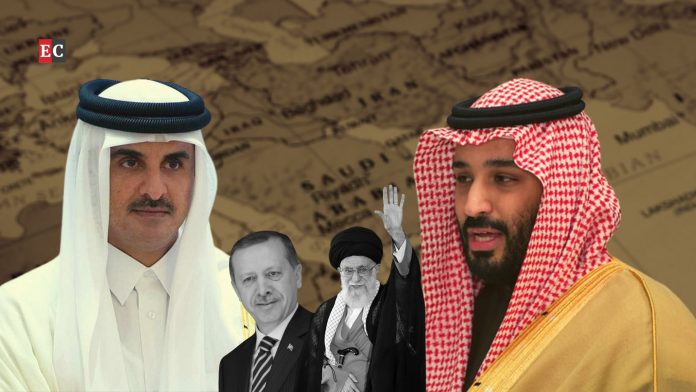 Days after Qatar, Saudi Arabia and allies signed a solidarity and stability agreement, known as Al Ula Accord, the Qatari foreign minister, Sheikh Mohammed bin Abdulrahman al-Thani, made it clear that Doha would continue to pursue an independent foreign policy driven by its own national interest.

The accord restored diplomatic relations between Qatar and Saudi Arabia, UAE, Egypt and Bahrain. The latter group had imposed an embargo on Qatar in 2017.

The Qatari foreign minister was alluding to demands by Riyadh and other countries that Doha should re-assess its ties with Iran and Turkey in the aftermath of the agreement.

Days after the imposition of the blockade, Saudi Arabia and other countries had stated that they would remove the blockade provided Doha accepted a list of 13 demands. One of these demands was that the Qatari government downgrade ties with Tehran and Ankara, which it categorically refused to do.

UAE’s response to the accord

While all other signatories have hailed the agreement, the UAE has said that while the signing of the agreement is a welcome step, there is no clarity with regard to contentious issues, such as Doha’s relations with Ankara and Tehran. Expressing UAE’s skepticism, the Minister of State for Foreign Affairs, Anwar Gargash, said:

“Some issues are easier to fix and some others will take longer. We are off to a very good start…but we have issues with rebuilding trust.”

Also read ‘Gulf Crisis: Why Finding A Victim In Qatar Is Problematic‘

UAE had opened land, sea and airports with Qatar on 8 January, Saudi opened its borders on 4 January. According to many observers, the accord will give a boost to bilateral economic links between UAE and Qatar. UAE’s tourism and construction sectors are likely to benefit significantly from the agreement.

It would be important to point out that till a few months ago, Abu Dhabi had been opposed to the removal of the blockade on Qatar, but was compelled to sign it given the changing dynamics in the Middle East.

Iran factor and the agreement

The key objective of both the US (White House Senior Advisor, Jared Kushner, had visited the Middle East in December) and Saudi Arabia in removing the embargo on Qatar was reducing the latter’s dependence on Iran. Qatar has been using the Iranian air space ever since the blockade was imposed in June 2017.

On the other hand, Doha realizes that its independent foreign policy and good relations with Washington DC, Tehran and Ankara are an asset. The latest agreement, which will improve ties with Saudi Arabia, could further bolster its strategic importance and foreign policy options.

Both Turkey and Iran also welcomed the accord and expressed optimism that it would pave the way for stability in the Middle East.

Mutlaq Al-Qahtani, Special Envoy of the Qatari Foreign Minister for Combating Terrorism and Mediation in the Settlement of Disputes, while commenting on the possible role of Qatar in reducing tensions between Ankara and Tehran, stated:

“If these two countries see that the State of Qatar has a role in this mediation, then it is possible to do so.”

UAE is not too happy with the increasing clout of Qatar as a result of the agreement. For long, Abu Dhabi has viewed itself as a key player in the Gulf Cooperation Council (GCC) and a bridge. While the UAE itself has maintained back-channels with Iran, especially in the midst of the COVID-19 pandemic, it has serious differences with Turkey and has not been comfortable with Doha’s increasing proximity with Ankara.

Peacemaker, not a bystander

In conclusion, the agreement is an important step towards regional stability, but the geopolitics of the Middle East is extremely complex. Qatar is unlikely to drastically alter its approach vis-à-vis Turkey and Iran. In fact, it would like to view itself as a peacemaker rather than just a mere bystander.

The fact that Qatar was able to deal with the economic implications of the blockade has only strengthened its position. In 2021, it is likely to grow at 2.7%, the second highest rate within the GCC.

It remains to be seen how the Saudis and US view the role of Qatar within the GCC. What would also be important to watch is how UAE deals with the changing landscape in the Middle East.