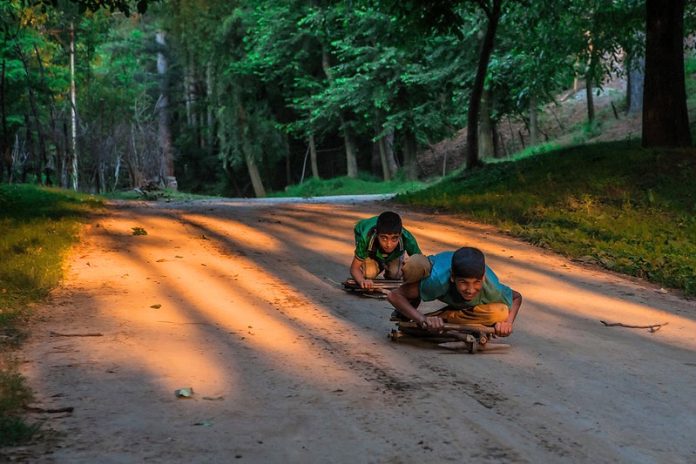 On 24 March, the Lower House of the Indian Parliament (Lok Sabha) passed a bill to amend the Juvenile Justice (Care and Protection of Children) Act, 2015.

This amendment seeks to increase the role of district magistrates for the protection and welfare of juveniles. It gives them more power in terms of authorising adoptions and passing necessary orders pertaining to the grievances of the juveniles. Further, the bill provides for greater monitoring of child welfare committees, so as to ensure that they function in a more efficient and child-friendly way.

While the material particulars of the 2015 Act are being consistently debated, altered and updated in the parliament, it becomes necessary to trace the genesis of the Act to see if its foundations truly cater to the cause of child welfare. One needs to revisit the foundations of the act through a jurisprudential lens to bring out its vices and to argue that these vices detrimentally impact the interests of the juveniles in conflict with law.

This legislation was purportedly enacted in light of the poor implementation of the preceding Act of 2000 and the increasing crime rate amongst juveniles. However, both these justifications are untenable. The juvenile crime rate increased merely from 1% of the total crimes in 2003 to 1.2% in 2013.

Despite what the empirical evidence insinuated, the government went ahead with the passage of the Act in the backdrop of the Nirbhaya incident, wherein one of the perpetrators was a minor and could have only been sentenced to a 3 year long jail term in a rehabilitative home under the 2000 act.

This tent amounted to letting the perpetrator with a slap on the wrist for the horrendous crime he had committed. Thus, in order to quell the public anger, the legislature brought in the 2015 Act and reduced the minor age cap to 16 years, despite the staunch opposition from the Verma Committee.

As unfortunate the Nirbhaya incident was, the structural problem of juveniles in conflict with law ought to have been remedied with structural solution. However, the Juvenile Justice Act was just a knee-jerk reaction that has done more harm to the juveniles.

The Vices of the Act

The opinion of the board while deciding on the maturity of the juvenile offender is likely to be clouded insofar as the nature of the offence is to be the driving factor while deciding this question. The assessment by the Board is, thus, bereft of procedural fairness and contravenes the constitutional principles embodied in Article 21 of the Indian constitution and is against the UN Convention on the Rights of the Child.

The Act of 2015 vests a great degree of discretionary power in the Board under Section 15 as well as in the Children’s Courts under Sections 19 and 20.  When the juvenile attains the age of 21, the Children’s Courts have the discretion to determine if the child can be released or be made to complete the prescribed term, in case the term is not completed. This is done by evaluating if the child has undergone reformative changes and can be a ‘contributing member of the society’.

These provisions are highly subjective and consequently, contravene Article 14 of the Constitution. They vest the discretion in the Court to decide the meaning of ‘contributing member’ as it has not been detailed in the Act. This is extremely arbitrary as it could lead to targeting of children belonging to weaker and marginalised sections of the society who may not be deemed contributing members.

Statistics reveal that more than 50 percent of the total juvenile offenders who are apprehended are either illiterate or have dropped out after primary education and more than three-fourth of these children belong to low-income and marginalised families. Thus, rather than protecting such children and trying to reform them, the system has effectively empowered the state to target children from certain sections of the society.

Section 20 of the Act of 2015 also violates the constitutional mandate under Article 20(1), which proscribes a penalty greater than what would have been applicable at the time of the offence. Under the new Act, a child can be sent to jail if considered so proper by the Children’s Court once she has attained the age of 21. Hence, the child is being subject to a penalty greater than what was applicable to her when she committed the offence, as she was a child at that time and could not be sent to jail.

Another controversial provision in the Act of 2015 is the differential and discriminatory treatment meted out to children falling in the age group of 16 to 18 years. According to the new Act, juveniles in this category can be tried as adults if they commit a heinous offence. Under the scheme of the new act, a separate Juvenile Justice Board will assess the maturity of the child in conflict with the law falling in the age group of 16-18 years and decide accordingly if she should be tried as an adult.

The Parliamentary Standing Committee constituted to examine the Bill strongly recommended against the envisaged amendment stating that it was violative of the UN Convention on the Rights of the Child, to which India is also a signatory. The Act of 2015 violates the mandate of treating all the juveniles equally within the separate juvenile system as provided under the aforementioned convention.

These provisions are inherently arbitrary and vest very wide discretion in the Juvenile Justice Board as it lacks the element of certainty that should necessarily be present in these special legislations. Such discriminatory provisions have an adverse impact on the reformation and rehabilitation of the children in conflict with the law as it has been scientifically proven that the actual maturity level of a child cannot be accurately determined even by experts.

The discriminatory treatment meted out to the specified group of children under this Act is likely to make the process more retributive and punitive rather than rehabilitative and reformatory, transforming the children into hardened criminals in jails. This goes against the fundamental essence of juvenile protection legislation.

Further, it is a universally accepted fact that a child does not have the requisite mental capacity to form the intention to commit any offence or understand the consequences of her act. So, a child who commits an offence must be tried accordingly. Thus, these children in conflict with the law are subject to the juvenile justice system, which functions differently than the standard criminal system. This is essentially the central purpose of juvenile justice. But, the Act blatantly derogates from this principle.

This Act defeats the primary moral interest of a juvenile justice system, which is the juvenile and her welfare, and not the act or consequences resulting out of her being brought before the court. Further, the Act provides for preponderance of the nature of offence over the welfare and interests of the juvenile insofar as it provides for differential treatment of a juvenile in a certain age group on the basis of the nature of the offence. In other words, the legislation seeks to establish a link between the gravity of the offence and the maturity of the child.

This leads to inconsistency between what the law seeks to achieve and what it is actually doing. The Preamble of the Act of 2015 states that it aims to cater to children’s basic needs through, inter alia, “social re-integration, by adopting a child-friendly approach in the adjudication and disposal of matters in the best interest of children and for their rehabilitation.” This is in stark contradiction to what the new Act really posits by preventing re-integration into the society of juveniles between 16 to 18 years of age by trying them as adults.

The vices of the Juvenile Justice act have moved the system away from its primary goal of welfare of the child, thus defying all the logic behind a juvenile justice system.

As unfortunate the Nirbhaya incident was, it is constitutionally unsound to change the definition of minors on the basis of a single case. If one-off incidents were to be our anchors in determining the kind of blanket laws we pass and accept, it would lead to absurd consequences.

If the genesis of the 2015 act were to be extended further, the age of minor could be lowered to 15 years, 14 years, 12 years and so on, whenever such case was reported. But, that will dilute the very purpose of the Act, which is to treat a certain class of persons differently on the basis of their age and due the fact that they are incapable of having the requisite criminal intent, which is the cornerstone of any criminal conduct.

Thus, while the parliament is debating and moderately altering the Juvenile Justice Act to strengthen the mechanism around adoption and child welfare, let’s not forget the very fundamentals of the Act are questionable as they touch upon a very sensitive issue of criminalisation of juveniles. It is imperative to ensure that the juveniles in conflict with law are not left out in the broader goal of promoting child welfare.

is a 3rd-year student of law at the National Law School of India University (NLSIU), Bengaluru.